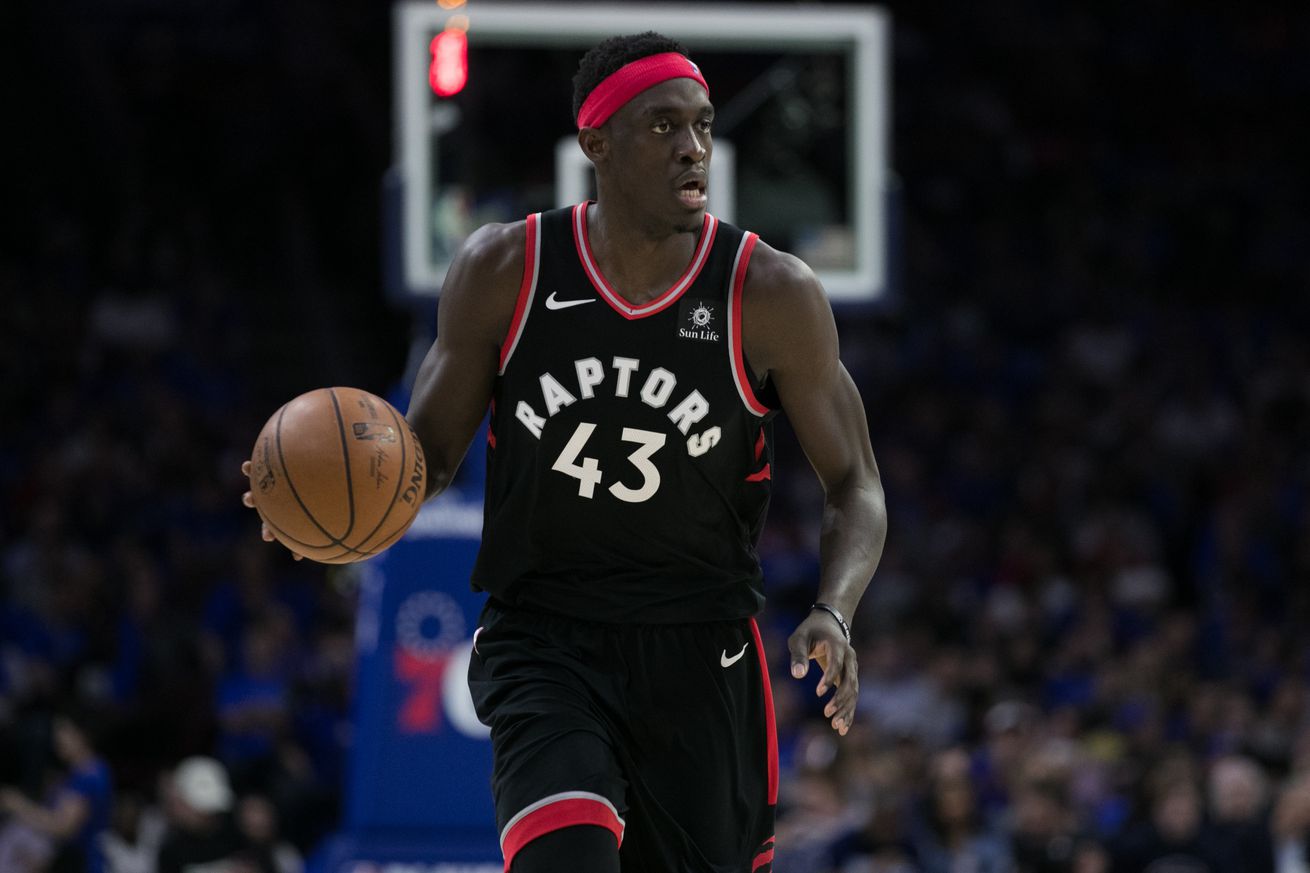 Setting aside last night’s disaster, Pascal Siakam had a marvellous and surprising season for the Raptors, improving in ways thought to be both possible and impossible in just his third year in the league.

It can be hard to consider this now, given where the Raptors find themselves at the moment, but let’s remember anyway: Pascal Siakam had himself a dang season in 2018-19. All that effort by the 25-year-old do-it-all Toronto forward has paid off this year, both in team success and now some individual accolades.

Last night the official nominations for the NBA’s awards were announced and, as expected, Siakam was among the nominees for Most Improved Player. He is the only Raptor on any ballot for this season.

Through 80 appearances, Siakam averaged 16.9 points on 55 percent shooting (plus a surprising 37 percent from three), to go with 6.9 rebounds and 3.1 assists in 31.9 minutes per game. All of these numbers represent significant jumps over the previous year, and all of them happened as Siakam’s usage rate went from 15 to 20 percent, his role changing from energy bench player to full-time starter.

That’s right, entering the season on a team with Kyle Lowry and Kawhi Leonard, it was Siakam who became one of the Raptors go-to scoring options for the whole year. In the process, he inspired a nickname (Spicy P) and showed off a skill-set that seemed to evolve game-by-game along the way. What’s more, regardless of what else happens with the rest of the team, Siakam has given Raptors fans something to hope for and dream on in the future. He’s been that good.

So, will Siakam win the award? My gut says yes. We’ve reflect on this before, and there are various reasons to stake this claim. I don’t have to re-make the case for Siakam here. You watched the games — he’s been spectacular and surprising more often then not.

Meanwhile, I think De’Aaron Fox’s improvement is far more expected than the other two nominees. Fox is in just his second year in the NBA, and was selected fifth overall in the 2018 NBA Draft. In short, he was supposed to improve in the ways he has. It’s cool that Fox got better, but the spirit of this award has always felt like it was more about the surprise, the random(ish) player who put together a year worth noting as something special. The Kings picked Fox to be special, and he now is, case closed. Does that need an award?

The case for and against D’Angelo Russell is a bit more complicated. There’s no doubt he’s put up some good numbers for the Nets, and his role on the team was far more primary compared to Siakam’s. When Russell was cooking, the Nets looked tough to beat, and he had a big part to play in getting them into sixth place in the East. Russell also averaged more points per game than Siakam, and tossed in seven assists per game for good measure. On top of that, the Nets needed Russell to be very good — unlike the Raptors with Siakam, who could rely on Kawhi and Lowry and the team’s other veteran talent at times. These are things in Russell’s favour. Still, much like Fox, Russell was a high draft pick (second overall!), and while he’s made something of a leap in his fourth year, it’s mostly come because of his situation. I admit, it’s close, and a case could be made either way for Russell and Siakam.

That said, Siakam’s story remains so singular it would be a mistake for the NBA to not give him the award. He’s only been playing organized basketball for about eight years. He’s come out of nowhere in Toronto to be the team’s second-leading scorer. He’s gone from being a fun energy guy to being an actual polished player, with a signature set of moves and everything. And most importantly: Siakam’s improvement has been visible. You could turn on any Raptors game this past season and literally see him do something he had not down before. Game over game, Siakam figured more and more out about the league, about basketball, and about himself. And that’s why he should win the NBA’s 2018-19 Most Improved Player award.