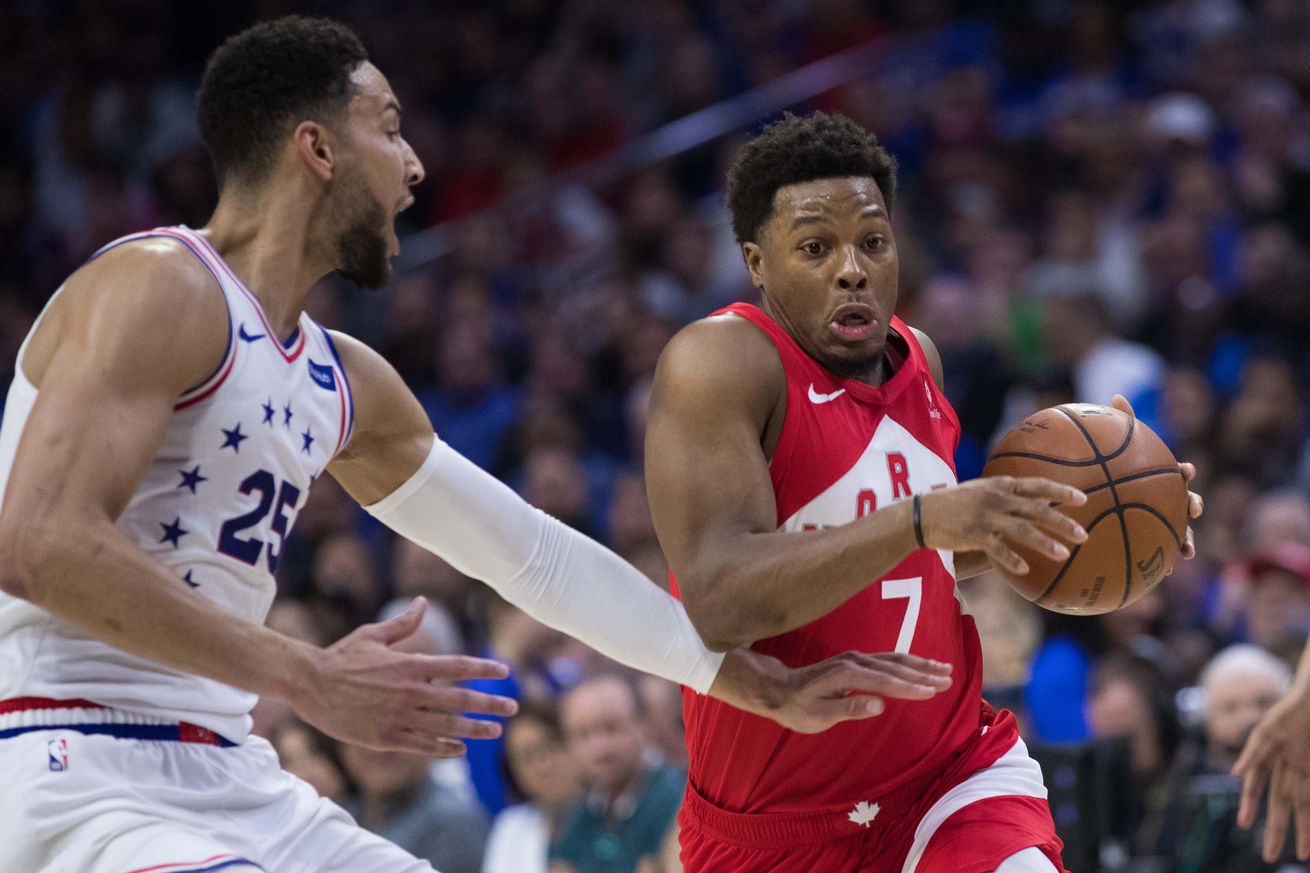 Toronto’s key players remembered that they were pretty good even without one of their stars. Will the lesson stick for the rest of their series with the Sixers?

What’s more, and this is also an obvious thing to say, the Raptors have spent the vast majority of the last six-plus months being one of the very best basketball teams on the face of the planet.

Against the Philadelphia 76ers, however, the Raptors have not looked like a particularly good team. They have looked like, and this is trying to be kind, a bunch of dudes standing around waiting for two guys named Kawhi Leonard and Pascal Siakam to do cool and interesting things with the basketball that result in it going through the hoop.

Then, in moments when neither Kawhi or Pascal can do said interesting things, the rest of the Raptors have generally looked at the basketball as if it were a grenade and tried to toss it as far away from them as quickly as possible in the hopes that it might land on Joel Embiid’s IV bag.

It was understandable then that the Raptors’ fandom was more than a little bit leery when Siakam was announced as doubtful for Game 4 on Sunday. When word came down he would play, the temperature dropped a couple of degrees, but there was still some definite concern — was he really healthy enough?

Four minutes into the game, Siakam missed his first three shots, all of them threes the Sixers were happy to let him take, and the panic started to set-in. Raptors Twitter was not happy (nor in the mood for grammar).

It looked, for all the world, that Toronto was going to get treated to another all-time Kawhi game that would still result in a painful pseudo-blow out, emotionally crushing the team and spinning us off into the darkest timeline where Kawhi leaves for L.A., Masai Ujiri flees to Washington, and the smoking remnants of the front office have to rebuild around Siakam, Fred VanVleet, Norman Powell and whatever the desiccated corpses of Marc Gasol, Kyle Lowry, and Serge Ibaka could fetch on the open market. (Never let it be said that Raptors fans like to overreact.)

But something had been brewing right from the tip. Even though Siakam was missing in spirit, Kyle Lowry was not. Toronto’s heart scored five quick points and dropped a nice dime to Marc Gasol. While Pascal laboured, the Raptors were forcing themselves to become the team they’d been before. A team that was aggressive top to bottom. A team that, as former coach Dwane Casey liked to say, played with force.

Marc Gasol more than doubled his scoring average for the post-season — the big Spaniard stepped into shots, and looked for his own number on offense. Kyle Lowry’s drives went from aimless to purposeful. Serge Ibaka reminded everyone why the Raptors went three-and-oh against Embiid when he started at centre. Danny Green… well Danny Green’s been good the whole time, we just notice it less when the small-sample faeries show up and he shoots 1-for-5 instead of 2-for-5 from three.

Siakam’s ascent has been incredible. It’s given the Raptors a second-tier star who just might be worthy of supporting an MVP candidate like Leonard on a title run. It also has given unselfish Raptors players like Lowry and Gasol an excuse to lean into their most passive selves. It seems to have made players like VanVleet and Powell shrink from the moment.

It’s an incredibly stupid idea. A team whose “complimentary pieces” include an NBA Defensive Player of the Year, a five-time All-Star, one of the best shooters in the modern game, and a seasoned rangy big, might not be good enough?

Yet that was the chatter around Toronto’s bars and gyms. It looked like the message had wormed it’s way into the Raptor’s minds too. It was like Toronto’s players had somehow become so ensorcelled by the upside of Leonard and Siakam they had forgotten how much they all had themselves.

With Siakam unable to contribute at his usual high level, the Raptors veterans seemingly remembered their resumes and refused to be out-worked. It was an ugly game, the latest in what seems to be a never ending series of rock-fights the Raptors find themselves in the post-season, but it was a game won because all of Toronto’s players played with force.

I give a lot of the credit to Serge Ibaka. At his best, Ibaka plays with an arrogant confidence. Perhaps because, aside from Leonard and Green, he’s the only Raptor who has played on teams that legitimately could have been NBA champions (2012 and 2016 Thunder). Regardless, Ibaka played with a quiet confidence, and a chip on his shoulder.

Lowry, by getting himself into the game right off the jump, was able to balance looking for his and getting other’s theirs for the whole game. Gasol simply played like you’d think a versatile seven-footer should. And, for one game, at least, the Raptors were able to avoid giving any minutes to an increasingly shaky bench.

On that point, I understand why Nick Nurse didn’t do it, but I would have been curious to see what Norman Powell could have done with more run. For all his flaws, Powell has shown that he can feed off the kind of energy the Raptors brought yesterday afternoon. It’d be a huge boost for Toronto in Game 5 if Powell could come off the bench and intelligently hunt his shot.

Toronto fans shouldn’t be afraid of that possibility either. Teams win titles because everyone on the team is empowered and confident to make the plays they can make. Nurse can make more tweaks to get his team into the position to make the latter, but it’s up to the Raptors themselves to bring the former.

Now, after weathering an injury that looked like it might sink them, Raptors fans hope their team has remembered that confidence is the cure for whatever ails them.