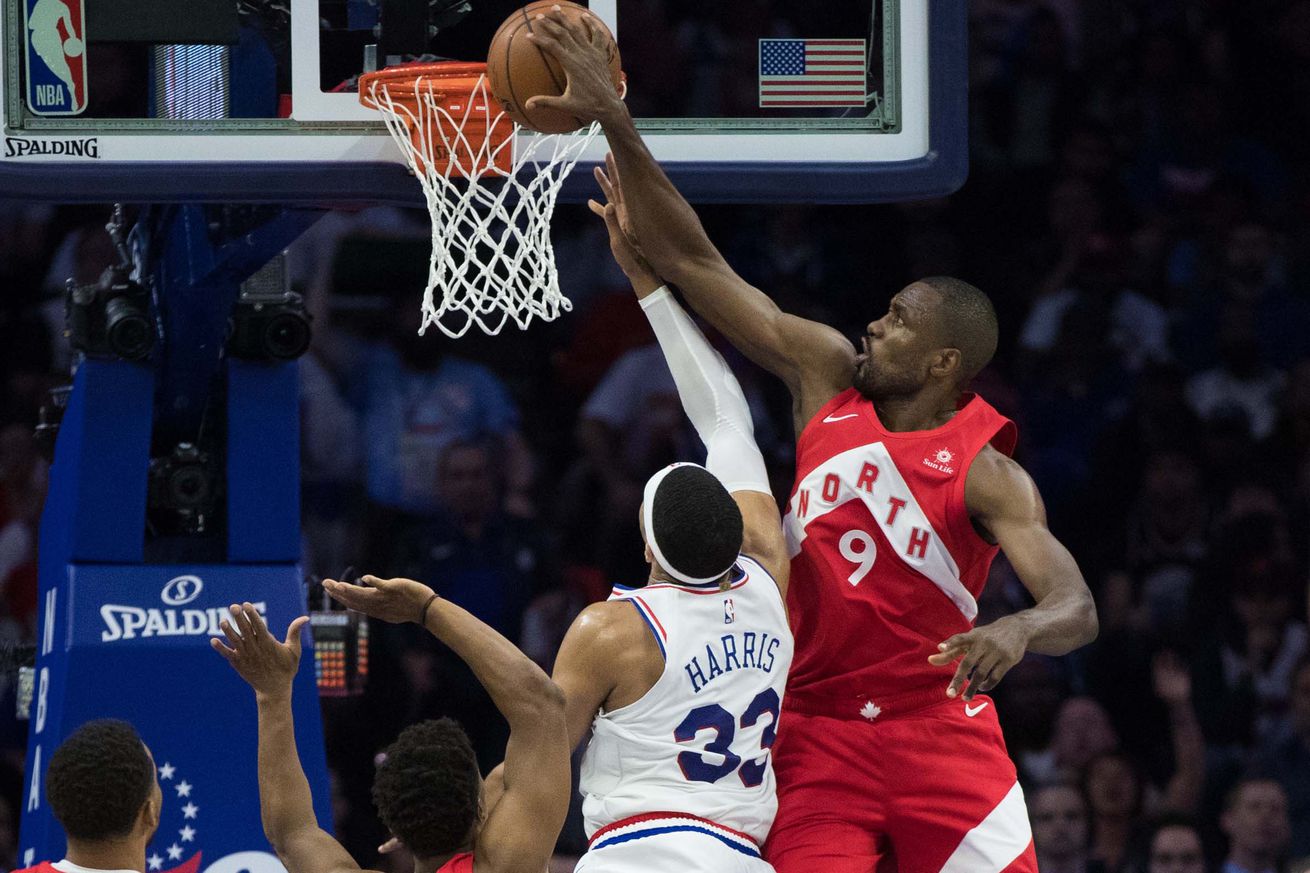 It’s a brand new series with the Raptors heading home looking to jump out to a 3-2 lead over the Philadelphia 76ers.

The inherent dread of being a Raptors fan led me to a very anxious place when thinking about writing this preview for Game 5. With Toronto potentially staring a 3-1 deficit in the face heading into Game 4, I was graciously coached by the wonderful folks in my #RTZ group chat to pivot to a new, novel way of thinking while watching the scrappy, back and forth game: positivity. After allowing this modern style of thought to seep into my consciousness as the Raptors clanged three-pointer after three-pointer, my sense of impending doom began to alleviate and I started to believe.

And why shouldn’t we believe in this Raptors team? Regular season record aside, since the arrival of Marc Gasol, this Raptors squad has been one of the best teams in the league. They also employ some guy named Kawhi Leonard, who, in case you hadn’t heard is “really good at basketball.”

Yes, this series has shone a glaringly bright light on some very ugly truths, but in the spirit of positivity, I encourage you all to look at these as shortcomings as situational challenges that can absolutely be overcome. Philadelphia boasts the largest starting unit of the remaining eight teams in the playoffs and of their three bench stalwarts, none of them are under 6’7”.

This is a real life photo of Sunday scaries. Sunday is Boban. We are Lowry. pic.twitter.com/ZCgtcCuZdG

This has, to say the absolute least, been a big problem for the Raptors and specifically for Fred VanVleet who is shooting [checks notes] 7.7 percent for a whopping 1.0 point per game. But the Raptors can play big too! Credit Nick Nurse for making the necessary adjustments in Game 4 to secure the victory against the 76ers and show that he belongs in this series just as much as the team that he puts on the floor every game.

With the series now even at 2-2, Toronto knows that Brett Brown and the Philadelphia 76ers will make adjustments of their own. The question at hand is whether or not the Raptors can overcome those adjustments and take back the series lead.

Toronto – OG Anunoby (out — appendectomy), Chris Boucher (out — back)

That adjustment I alluded to in the opening of this preview that was a boon for the Toronto Raptors? Nicholas Nurse deciding to play Serge Ibaka and Marc Gasol at the same damn time. Amazingly, the Raptors were still out-rebounded in the game but it was by the smallest margin yet (3) and, more importantly, the change allowed Toronto to not have to play one of their smaller, oft dominated bench guards or wings for extended periods of time.

While Nurse’s strategy to go big certainly was rooted in Pascal’s injured calf and relative ineffectiveness, you’d have to imagine that he was comforted by the distress that the bigger lineup caused the 76ers. The linchpin to being able to play the bigger lineups is whether or not Serge Ibaka can play passable defense along the perimeter against one of Tobias Harris, Mike Scott or Joel Embiid. Ibaka was more than up to the challenge, but you can’t rely on Harris continuing to shoot a well below average 15 percent from behind the three point line. If Ibaka can continue to show that he can be spry enough to run both inside and out of the paint, then Brett Brown will have lost a weapon in being able to switch a bigger body onto a Fred VanVleet or, gulp, Jodie Meeks for what seemed like an automatic bucket.

Last but certainly not least, Nurse threw in a very interesting wrinkle for all of two minutes in Game 5 and that was playing the jumbo-sized lineup of Lowry, Kawhi, Pascal, Serge and Gasol. While the thought of playing a lineup that you’ve never trotted out in what amounts to as close to a must-win playoff game as you can get without it actually being a must-win playoff game is terrifying, I kind of want to see more of it. The sheer thought of the overwhelming height and length seems like it could be a great ace-in-the-hole if Nurse finds his team with their back’s against the wall.

All of the adjustments in the world would be rendered meaningless if Kawhi Leonard doesn’t come out and continue to put up historically great numbers in however many remaining games we have left in this slugfest of a series.

Kawhi Leonard is averaging 32.3 PPG with a TS% of .704 in the playoffs this year

He’d be the first player in NBA history to break 30+ PPG while maintaining a TS% over 70 https://t.co/dmnfxuLL3j pic.twitter.com/7fVz8wJSq2

Did you forget that Kawhi is a top 5 player? Here’s a graphic showing true shooting for select players in both the regular season and the playoffs. The best always show up when it counts! Who’s in your top 5?

In Game 4, Kawhi Leonard put up 39 points, 14 rebounds and 5 assists on 65% shooting including 5-of-7 from three for a tidy 71 percent. While my rational mind tells me that those numbers are not sustainable and he’ll eventually come back to his also great but not best player of all time averages, we’re at the point where you kind of have to give credence to everything Kawhi had been saying throughout the regular season. There were 82* (*60) games of practice and now: there’s playoff Kawhi.

Which Joel Embiid will show up in Game 5 of this series?

Raptors fans, who definitely would never, ever wish ill on another human being, and certainly not a battle-tested opponent who shimmied and soared through their tendons to the tune of 31-16-7-2-6 in Game 3, are cut-eyeing that question as they think about tomorrow evening’s game.

Will the warm, Toronto breeze (welcome home, Kawhi, it’s really lovely here sometimes!) be all JoJo needs to cure what ails him, or will one of the fine purveyors of epicurean delights deliver a rousing round of mud butt to the 7-foot behemoth? Tune in to Game 5 and, probably Twitter to find out!