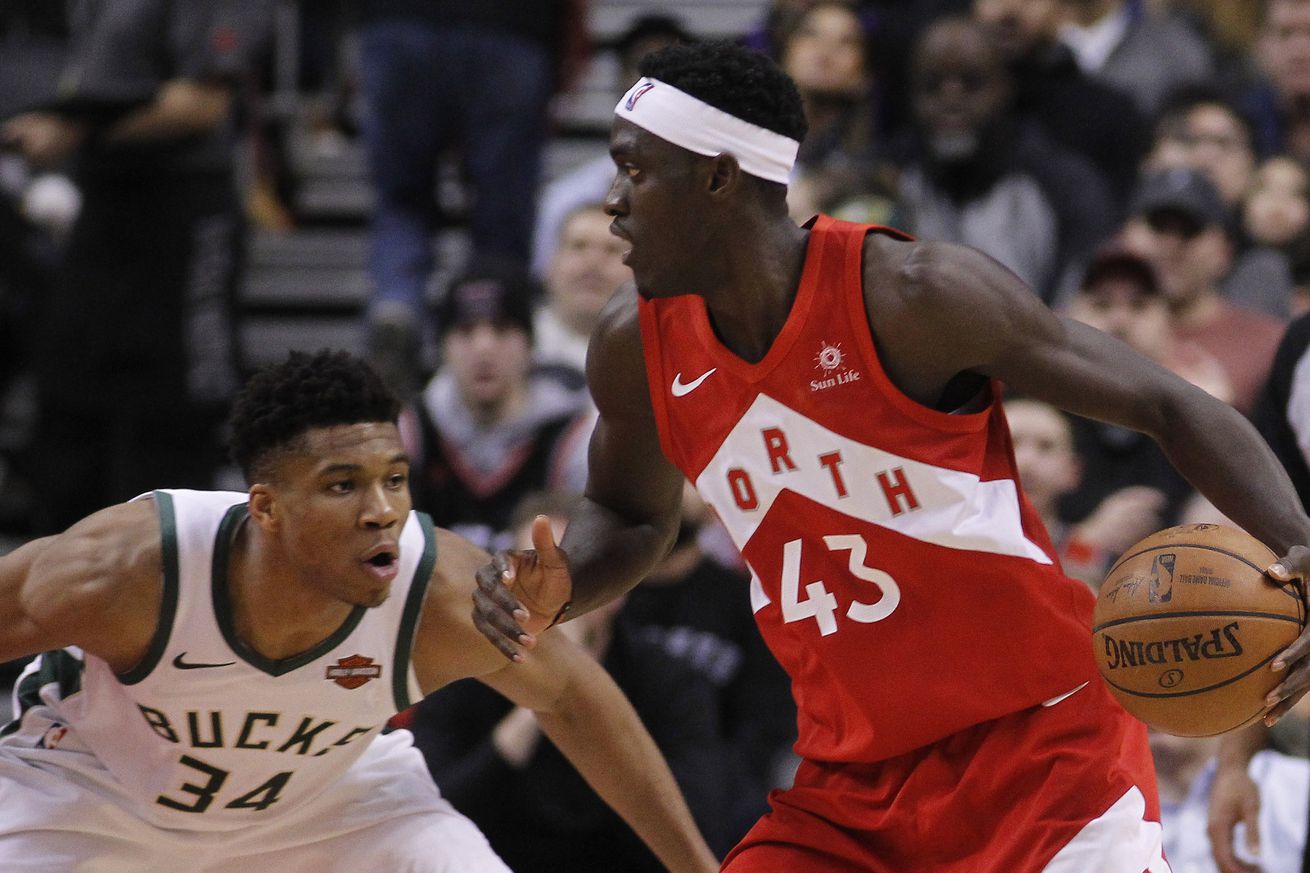 After the high on Sunday, the Raptors look to steal the first game of the Eastern Conference Finals in Milwaukee versus the Bucks.

After Kawhi Leonard’s shot on Sunday night lifted the Raptors to the Eastern Conference Finals, Toronto no longer needs to feel remorse for the past. It has become about the here-and-now: the franchise’s second trip to the Conference Finals in four years. It’s about a new era with a new superstar — even if he leaves in July. It’s about new memories. It’s about being four wins away from an NBA Finals appearance, and this time LeBron James isn’t standing in the way.

The Milwaukee Bucks with Giannis Antetokounmpo won’t be easy for the Raptors to defeat. Toronto enters the series as the underdog. The Bucks looked dangerous throughout the regular season and that has continued in the playoffs. This is a young team with enough offense and defense to give an opposing team nightmares on both ends. It’s a Bucks team with a lot of young, confident players beyond just Antetokounmpo.

Analysis of this series began only hours after Kawhi hit that buzzer-beater. The Bucks are better than the Sixers, but they are a better matchup for the Raptors, so the series could be close. That said, if the Raptors shoot like they did against the Sixers, they won’t win. Still, it could come down to Kawhi versus Giannis: who’s better? The Bucks took three out of four during the regular season, but Kawhi missed a game, Kyle Lowry missed a game, and all four contests were before the trade deadline.

To dwell on the past quickly, the Raptors are a franchise that has never been to the NBA Finals and the Bucks haven’t been there since 1974. There’s a lot to play for for both franchises. If the NBA Playoffs have shown us anything this year, we are in for a lot of ups and downs. This is a clean slate for both teams, the first to four wins. And Game 1 starts tonight.

Here are your game details.

The way the Raptors were missing open threes in Round 2 wasn’t good, but the way they shot wide open threes versus the Bucks during the season was worse. In four regular season games: 30.6 percent overall, 35.2 percent with a defender 6+ feet away, and 23.8 percent with a defender 4-6 feet away. It’s important for the Raptors to establish their three-ball early to force the Bucks to adjust. Milwaukee’s early focus will be slowing down Kawhi, so the Raptors will need to be ready to let fly. There are going to be a lot of attempts there for Toronto, either in transition or in the half court. I’ll say it again: it’s important to start making those threes early.

In Game 7 versus the Sixers it was good to see that the Raptors weren’t hesitant to shoot the three — even though they shot a mere 23 percent from deep in the game. The Raptors are also coming off a series against the tallest team in the NBA, as the Sixers averaged 6.68 feet. The Bucks rank 15th at 6.58 feet — only about an inch difference, but that could help the Raptors, the fourth smallest team in the league (6.54), when shooting over defenders.

Still, the question comes back to whether or not the Raptors can make those wide-open threes. The shooting was a bit better in the opening round of the postseason versus the Magic. Could a different opponent allow the Raptors to regroup and regain that confidence?

No, this isn’t about the Raptors woes in Game 1’s — that’s so first round. I mentioned above the importance of Toronto establishing itself early, well, winning Game 1 will be super important for the Raptors. It’s obvious to say this, but getting a split in the first two games would be nice — especially on the road, and especially as the perceived underdog.

Some facts: the team that wins Game 1 of a best-of-seven series has gone onto win the series 76.5% of the time. (Ironically, the Raptors have managed to lose what feels like a million Game 1s and still gone on to win the series more than a few times.) That number is only 52.4 percent when a road team wins Game 1 of a best-of-seven series. Every game matters in the Eastern Conference Finals, but for a team like Toronto, looking to write some new history, stealing this Game 1 would be something special.

It’s Game 1 of a new best-of-seven series, so it means clean slate. I keep bringing this up because the Raptors need better shooting and better production from their bench. Serge Ibaka was big in Game 7 vs. Philly, and even if he doesn’t shoot 3-of-5 from three again his production, along with Fred VanVleet and Norman Powell, will be key. There’s a chance Raptors coach Nick Nurse might have to dive deeper into his bench for Patrick McCaw if the Bucks go small — but that will depend on what those first three players bring to the table.

The Bucks bench is averaging 37.4 points, which is the most among teams that have played at least nine playoff games this year. Bucks coach Mike Budenholzer will be keeping Malcolm Brogdon with the second unit to start this series, so Milwaukee has a pretty good scorer off the bench.

After a long tiring series against the Sixers, the Raptors will need their bench to allow some breaks for their starters. That means scoring. VanVleet and Powell can’t come into games and have two minute stretches lead to blown leads or bigger deficits. These are different match-ups and less length, so VanVleet and Powell need to be much more aggressive on offense.

For the first time since 2010, it won’t be a LeBron team representing the East in the Finals. Time to find out who we’ll see: Bucks or Raptors.