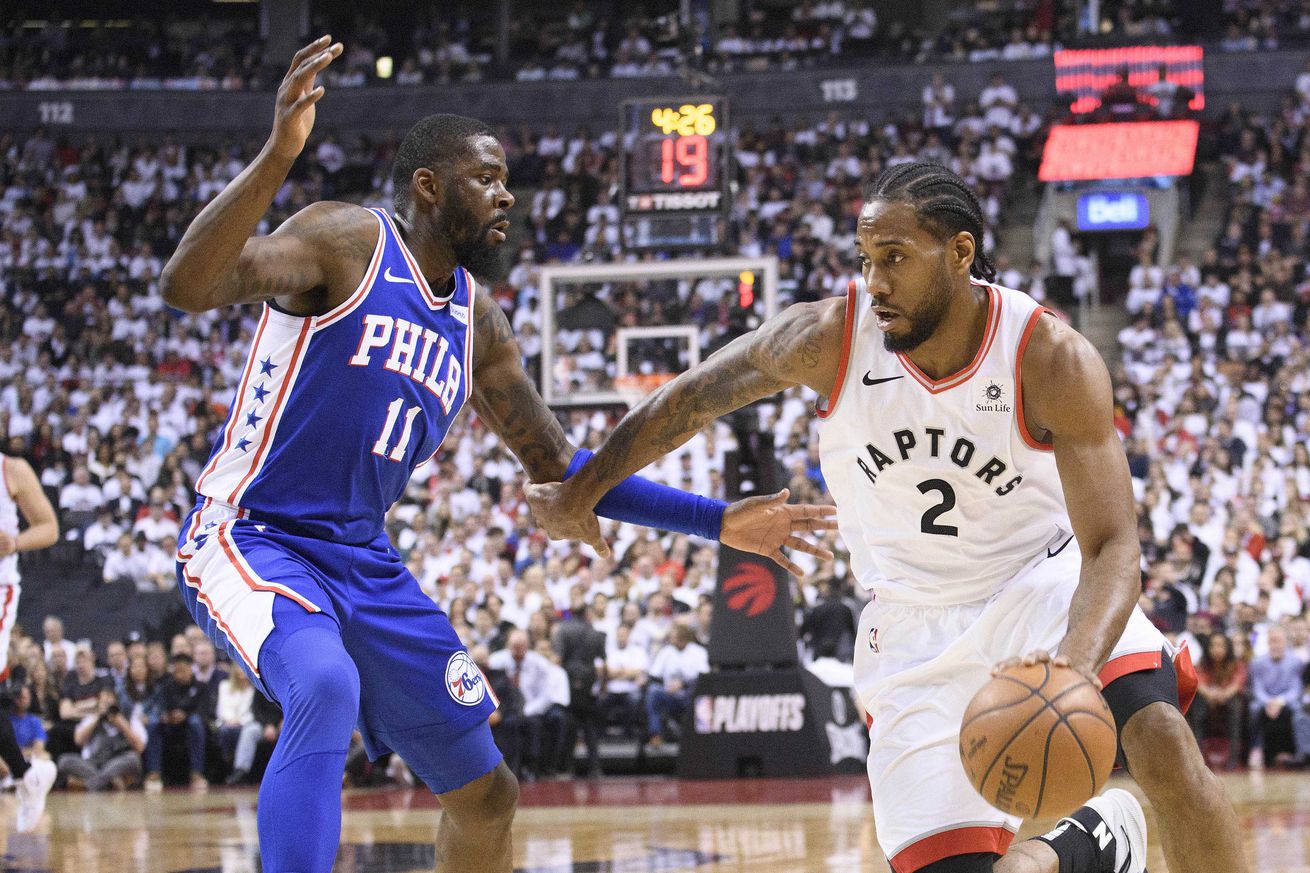 With Giannis and company waiting in the wings, Toronto will try to extend their playoff run in a win or go home contest against the 76ers. Only one team will travel Eastern Conference Finals on Wednesday — will it be The Raptors or the Sixers?

Game 7s are nerve-racking occasions for fans, players, and coaches alike. For the fans, we remember all past Game 7s we’ve been lucky (or unlucky) to see. For the coaches and players, it’s a tense time, an evening to leave everything out on the floor.

Toronto has been in this position multiple times before with all sorts of outcomes. In a 2014 first round matchup, Toronto hosted Paul Pierce and the Brooklyn Nets in a Game 7 that went down to the wire. With the game on the line, Terrence Ross made an excellent defensive play to win possession for Toronto. Down by one with a little over six seconds remaining, Kyle Lowry attempt at a game winner was thwarted at the rim by Paul Pierce, winning Brooklyn the series.

In the 2016 playoffs, Toronto went through a home Game 7 against Indiana in the first round (a furious 17-4 run in the fourth quarter made it a one possession game for Indiana, but they ultimately ran out of gas) and another against Miami (a blowout win for Toronto). Finally, the Game 7 on the road against Allen Iverson and the Sixers in 2001 which ended with a missed game winner by Vince Carter. We all remember that one too.

For the players, they also have their own history with Game 7s. Kyle Lowry was part of three of the four Game 7s in franchise history. Kawhi Leonard and Danny Green were part of one of the most iconic finals series, the 2013 NBA Finals, that went seven games. Serge Ibaka with the Thunder in 2016. Pascal Siakam? First Game 7. Nick Nurse? First Game 7 as a head coach in the NBA.

So that’s four Game 7s. Two close losses, one close win, and one blow out win. It’s almost poetic how in 2019 — 18 years since Toronto and Philadelphia last met in the postseason — the two are in another Game 7 in the second round with the same opponent lurking in the shadows. This time however, Toronto holds home court as the higher seed. And for the first time in these Game 7s, Toronto holds the experience card. It was a young Raptor team in 2014 against the veteran Nets. A young Raptor team against the Pacers and Heat. Today, it’s an older Raptor team in prime position to take the next step of their journey. They just need to take care of this young Sixers squad at home.

Now here are the details for this evening’s win or go home Game 7.

No Country for Young Men

While the Process was sped up, they are still young in their core. Ben Simmons and Joel Embiid — the cornerstones of Philly’s franchise — are still just 22 and 25. In terms of seasons played its just two for Simmons and three for Embiid. While they still do have postseason experience, they have never been in a game of this magnitude in their short careers. The trade for Jimmy Butler has brought them much needed toughness and gusto (they may have already been eliminated had it not been for Jimmy “James” Butler), and JJ Redick has never missed the postseason in his career, but Toronto has the most important advantage at this stage: experience.

Kawhi Leonard, Danny Green, and Serge Ibaka, deep postseason runs. Marc Gasol, battle tested as a leader in the swamp that is the Western Conference. Kyle Lowry and Norman Powell, the two who remember what it took to take down both Indiana and Miami three years ago. It’s difficult for me to think of Toronto as anything other than the “young team” but we forget how much this franchise has been through in the playoffs, making it past the first round every season since 2016 and subsequently gaining that experience. In short, Toronto has been there, done that.

In the dominant Game 3 win, Embiid was an absolute monster on both ends. He got to the line, made a few threes, but most importantly, was making life difficult at the rim for Toronto. He finished the game with 33 points, 10 rebounds, and five of Philadelphia’s eight blocks in the game.

While he has been ill or infirm, or has just straight up played poorly, besides that one game, Embiid has all the tools to go off once more. Marc Gasol has kept him in check for most of the series, bringing him well below his season averages of 27.5 PPG and 13.6 RPG to 17 PPG and 8.3 RPG on 37% FG. History shows Embiid has never played better than average in the Scotiabank Arena — but all it takes is one game for all that to be erased. Philadelphia know they are entering a tough environment and situations like this are where reputations are built.

Game 7’s are gruelling, slow-paced, every possession matters basketball. That means giving the opponent multiple chances is a critical mistake. Second chance points and offensive rebounds have given Philadelphia’s half court offense a chance in this series and limiting those possessions to one and done should give Toronto the advantage.

Nick Nurse has made some adjustments since the Game 3 drumming in Philadelphia, most notably by going big with Ibaka and Gasol playing the 4 and 5. He’s also cut into the time of the bench, giving Fred VanVleet and Norm Powell much shorter leashes, while increasing the minutes of Serge Ibaka. In a game where every possession counts, having multiple poor possessions from the second unit can end the season early. For example, in Game 6 Brett Brown played Boban Marjanovic six minutes and he finished with a -18 — with the Raptors mounting huge runs each time. Toronto cannot afford a mistake like that, so we can expect the starters to play big time minutes.