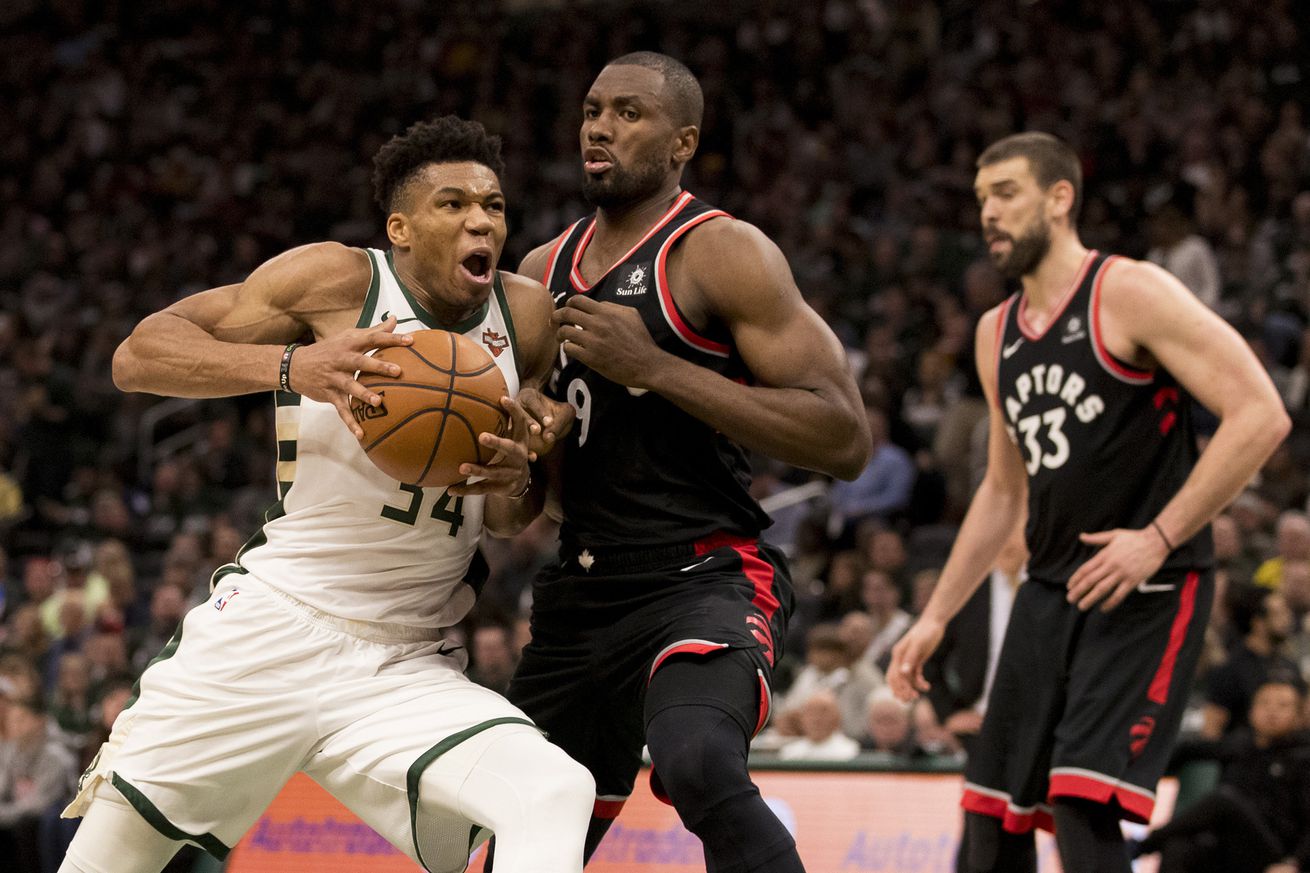 Toronto’s fate was decided early in the first quarter, as the Raptors were decimated by an energetic Bucks squad in Game 2.

After a disheartening loss in Game 1 where both teams seemed evenly matched, the Raptors were totally outclassed tonight. The Bucks out-hustled, out-shot, out-rebounded, out-assisted and generally outdid the Raptors entirely, providing me with a pointless writing exercise about a 125-103 blowout loss. But please, join me and let’s bask in sadness together!

To start things off, the Raptors made careless error after careless error. In the first six minutes of the game, the Bucks went on a 9-0 run, including two Giannis Antetokounmpo jams, multiple Toronto throwaway turnovers and a Nikola Mirotic three-pointer. It might’ve suggested that Nick Nurse call a timeout at some point before that Mirotic three, but hey, I’m not a professional basketball coach so he must be right. But seriously, the Milwaukee crowd was getting fired up and the Raptors looked flustered; a timeout to settle the troops was much needed.

Marc Gasol was incredibly shaky to start the game, missing his first four shots, fumbling a Kawhi Leonard interior pass and whipping a pass of his own off the rim for two turnovers. The Raptors played defense with a total lack of aggression, leading to a barrage of threes from the Bucks while Toronto largely bricked their own attempts. Seriously folks, this was painful to watch. After the Raptors cut the lead to 21-15, Milwaukee went on a 12-0 run and my note-taking almost felt pointless. What am I supposed to say? The Raptors sucked; the Bucks didn’t.

Near the beginning of the second quarter Nick Nurse pulled another headscratcher and played four bench players at the same time. The Raptors had basically no playmakers on the floor, so we were treated to a Fred VanVleet pointless dribbling session and a couple Jodie Meeks bricks. Finally, Kyle Lowry subbed back in, but at this point, nothing was going the Raptors’ way. Kawhi Leonard made a gorgeous shot over the backboard falling out of bounds, but was called for a questionable offensive foul. Soon after, the Raptors made a defensive stop before passing the ball directly to Ersan Ilyasova for an easy layup. Nikola Mirotic airballed a three-point attempt badly, but the ball landed right in Giannis’ hands for an alley-oop. Poetry.

At the half, the Raptors trailed by an insurmountable 25 points.

Of course, this situation made me think of the Cavs series last year, where the Raptors squandered an opportunity to win in Game 1, followed by a massive blowout in Game 2. Instead of dwelling in my own misery, I decided to put on some pleasant music in lieu of watching the halftime show. That helped, but then the game came back on.

I never thought I’d be nervous to see Marc Gasol touch the ball, but here we are. He was awful tonight, failing to finish over the Bucks’ length inside the paint and unable to connect on his jumpers. Pascal Siakam had been playing an unremarkable game before being subbed out early in the third quarter with five fouls. Toronto’s lone bright spot in this game was Kawhi Leonard, of course, who shot an efficient percentage while avoiding turnovers. Unfortunately, nobody else was helping him out and it felt like the Philly series again. The Raptors went on a 7-0 run early in the third that cut the lead to 19, but were quickly stifled by a Mike Budenholzer timeout and a couple easy inside buckets by the Bucks.

With six minutes left in the third, Lowry made a three late in the shot clock, but it was immediately matched by a Khris Middleton long-range bomb; that seemed to be the case all night long, as the unfazed Bucks answered every Raptors run with a few buckets of their own.

With about four minutes left in the third quarter, the Raptors’ offense finally clicked, and they cut the lead to 13. Fred VanVleet played much solid second half minutes, where he didn’t force his offense; hit a nice hook layup and a three in rhythm, prompting gasps from pleasantly surprised Raptors fans everywhere. Was there hope, here, that this game was about to get competitive?

Unfortunately… no. The Raptors couldn’t quite close the gap heading into the fourth, giving up a couple easy buckets in transition as the deficit jumped back to 19. Suddenly, the win felt entirely unattainable again (if it didn’t already), and Jodie Meeks was subbed in for Lowry once more. The Raptors scuffled for eight minutes or so, getting the lead to 15 at one point, before Nick Nurse threw in the white flag.

Still, there were some positives tonight. The bench came alive, chipping in 30 points before garbage time. Meeks hit a fun, buzzer-beating runner heading into the fourth. Norman Powell played well, hitting timely threes and finishing confidently at the rim, including a powerful drive and jam in the final quarter. Kawhi was tremendous tonight, chipping in an efficient 10-for-18 for 31 points, imposing his will on defenders in the paint. Danny Green even hit a couple triples, finally looking unafraid to shoot the ball.

Unfortunately, Gasol’s dud proved to be too damaging for the Raptors, who performed far better with him off the floor tonight. Post-game, he said it himself: “I played really bad and that set the tone.” Gasol is now just 3-for-20 in his last two games, which makes me sad. Hopefully, the raucous Toronto crowd can instill some energy and confidence in him next game.