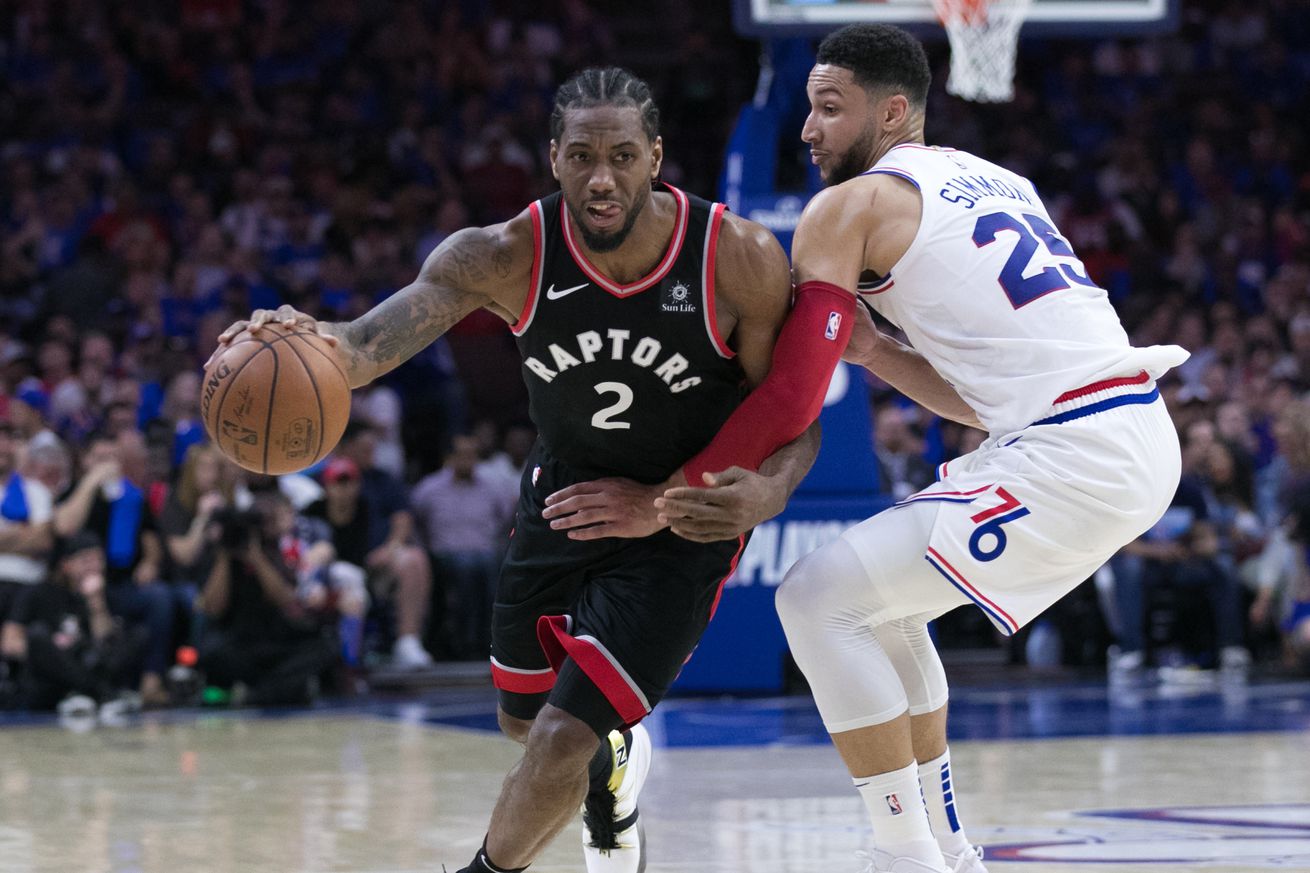 Heading into Game 4, here’s what the the Raptors need to do to tie the series before heading back to Toronto.

All the optimism Raptors fans had going into Round 2 seems to have vanished following a 21-point loss to the 76ers in Game 3 on Thursday. With the news that Pascal Siakam is doubtful for Game 4 with a calf contusion, optimism is no longer in the vocabulary for Toronto. It seems the earth has (once again) shattered underneath Raptors-land as any hope of beating the Sixers, at this moment, feels non-existent.

All of which is justified. Game 2 saw a terrible first half, before a second half rally brought victory within striking distance before falling short. And then it got ugly in Game 3. Few adjustments have been made by the coaching staff, the bench has been absent and overmatched, everyone but Kawhi Leonard (and at times Pascal Siakam) appears afraid to shoot, and Kyle Lowry is under the dark lights following another poor playoff performance. And now Siakam’s is hurt?

And yet: the Raptors are only down 2-1 in the series, which is far from insurmountable.

Hear me out with the hope Siakam plays: The Raptors defense, which has been fantastic in 5.5 out of 7 playoff games, avoids giving up any 30-point quarters to the Sixers; a couple of those open three balls Toronto keeps missing go down, which lead to a couple more falling and the confidence slowly begins to show; and then Nick Nurse adjusts his rotation to match the Sixers. What’s the series look like? 2-2 while heading back to Toronto for Game 5? It’s a lot to ask for, but it’s the NBA playoffs, it can happen.

Here are your game details.

The Raptors had not allowed 100 points in a playoff game since Game 1 against Orlando before giving up 116 on Thursday; the Sixers had 64 at halftime. The other outlier at half was that Embiid scored 18 of his 33 in the first half, making the case that he’s figured out Marc Gasol’s defence. Game 3 belonged to Embiid, but that doesn’t necessarily mean he’ll come out and do the same on Sunday. The Sixers big man was 3-of-4 from three-point range, which was the first time he hit three three-pointers in a game all playoffs, so you’ll live with that in the hopes it doesn’t happen again.

For everyone else on the court, the Raptors need to be more vocal on the defensive end. With the Sixers doing a good job moving the ball, the Raptors need to match that by making sure defenders aren’t caught standing around — which seems to be happening too often lately. If the Raptors can become more active in the passing lanes and not get caught running towards open shooters, it’ll make their defense that much better. Games aren’t won and lost in the opening quarter, but the Raptors defensive intensity to start the game will reflect the trajectory of the game.

I couldn’t help but notice on Thursday that at times the Raptors half-court offense would turn into four guys watching and one guy dribbling — usually Kawhi trying to put the team on his back. Whatever ball movement there was, it typically meant too many extra passes, which led to missed threes. A lot of that has to do with the lack of confidence on the team. With three days’ rest, the Raptors have to go into Game 4 believing in themselves and each other.

Here’s the other thing: you can get your offensive flow back by working inside-out. That doesn’t necessarily mean putting Gasol in the post. I present to you Zach Lowe:

Random stat that may or may not be important: Marc Gasol elbow touches: 8.7 per game in Memphis; 6.0 per game in Toronto during regular-season; 3.9 per game in playoffs.

Getting Gasol those touches at the elbow open the door for more offensive action, and Gasol is one of the better passing big men in the league. Giving him those touches can lead to little handoffs with a screen or backdoor cuts. It allows both Kawhi and Lowry to move without the ball and can get Green and Siakam looks out of the corner. In the series, Siakam is 4-of-9 in corner threes (2-of-7 on the left side) and Green is 1-of-6 (1-of-5 on the right side). The ball movement must be more than swinging it across the arc from side-to-side, and the spacing needs to involve guys moving a little more. The Raptors offense is at its best in transition, but when that isn’t available, they need to find half-court sets that can expand their game beyond relying on Kawhi.

This is going to sound like a broken record as it has been said and tweeted probably a thousand times: It’s time to avoid any lineup on the court that involves all three of Fred VanVleet, Norman Powell and Serge Ibaka. Especially with three days off between games, the Raptors starters must take on heavy minutes for Game 4. Nurse will have to have two of Lowry, Kawhi or Siakam on the court at all times, and it’s probably a good idea to match Gasol’s minutes with Embiid. The matchups in this series don’t favour the Raptors bench, and there hasn’t been enough offense from any of three consistent bench players.

All that being said, if Siakam doesn’t play then Powell probably gets the start and the bench will most definitely need to step up and play. Nurse can still match Gasol’s minutes with Embiid, ball movement and spacing can be improved, and the shots the Raptors have been missing could still start to go down. It’s not over, with or without Siakam, but the Raptors certainly are on thin ice.