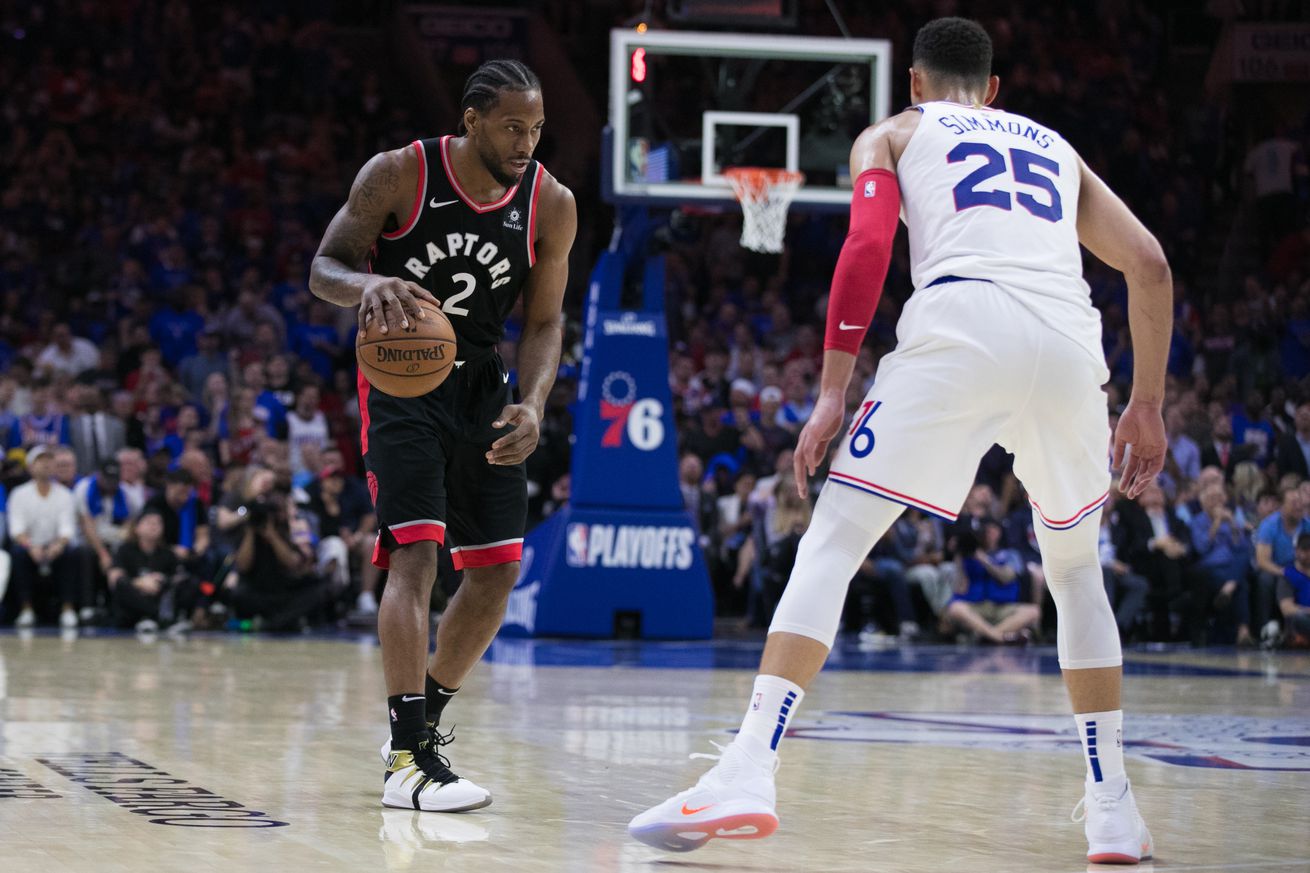 The Raptors head to Philadelphia to take on the Sixers for a closeout Game 6 — with a bearth in the Eastern Conference Finals waiting for them.

Closeout games are fun for no other reason than the lack of pulled punches. Brett Brown, five games into the series, should have a better idea about what he wants to do with his roster. Does he move away from Greg Monroe at back-up centre? Is Jimmy Butler able to take on a bigger offensive role? Butler shot 22 times in their Game 2 win, but took 16 shots in their recent Game 5 loss.

The same type of questions exist for Nick Nurse and the Raptors. Will Serge Ibaka continue to play heavy minutes at power forward with Pascal Siakam returning to health? Who does Kawhi Leonard defend? How many minutes do Fred VanVleet and Norman Powell play?

The Raptors are 5-4 in closeout games since their playoff run started in 2014. Not a bad record, but only now do they have Kawhi. In 18 closeout games during his career, Leonard has averaged 15.8 points, 8.6 rebounds, 1.7 assists, and 1.8 steals per game on 46 percent shooting from the field. Stats that don’t exactly jump off the page, and yet: he’s had five steals on two different occasions.

The Raptors have two chances now to reach the Eastern Conference Finals. A pretty good bargain. Here are your details for tonight’s game.

The Philadelphia 76ers are on the brink of elimination. These games present a different challenge for every team. Some teams, like the Boston Celtics last night, may decide to accept defeat and put a messy campaign behind them. Some teams facing elimination, however, elevate their play. LeBron James and his teams are a good historical example. He is 14-9 in elimination games for his career.

So what should the Raptors expect from the Sixers tonight? Joel Embiid isn’t the best player in the world (like LeBron James was at the time) but he is pretty darn good. If his mindset and physical health are in order, who knows what effect he will have on the game.

The 76ers have experience in elimination games too, playing the Celtics down three-games to none in the second round last season. They ended up winning that game by 11 points, and Embiid was a big factor. His raw production wasn’t especially great (he had 15 points and 12 rebounds in 35 minutes), but he was a +22. Philadelphia will need superior production from their superstar to win tonight.

The last time the Raptors were in Wells Fargo Center, Kawhi Leonard scored 39 points on 13-of-20 shooting. He was left to create most of the team’s offense late in the game, as shown by his 41 percent usage rate during the fourth quarter. It was a gruelling game, but the Raptors needed his scoring output. Good shots — especially from deep — are harder to come by in road games.

The Raptors will need to dig deeper in Game 6. The one letup the Raptors can control is their defensive intensity coming out of halftime. They were slow bringing it in Game 5. Philadelphia got out to a 10-2 run before Nick Nurse called a timeout to re-establish the mindset.

That sharp focus will be critical for the Raptors. They own the best defensive rating of any team in the playoffs, but if they were to have an Achilles heal, it would be their defense on the road. In the regular season, the Raptors were a slightly worse defensive team on the road — bleeding 1.1 more points per 100 possessions than at home.

In the playoffs? Below-grade once again. The Raptors worst two defensive ratings versus Philadelphia came in road games. Part of that is Philadelphia’s crowd energizing the 76ers offense and part of that is the tough task of role players coming into a hostile playoff game.

If the Raptors need additional motivation to close out the 76ers, they should look to the Bucks series victory over the Celtics last night. The battle now is squarely between Toronto and Philadelphia. A closeout game awaits.