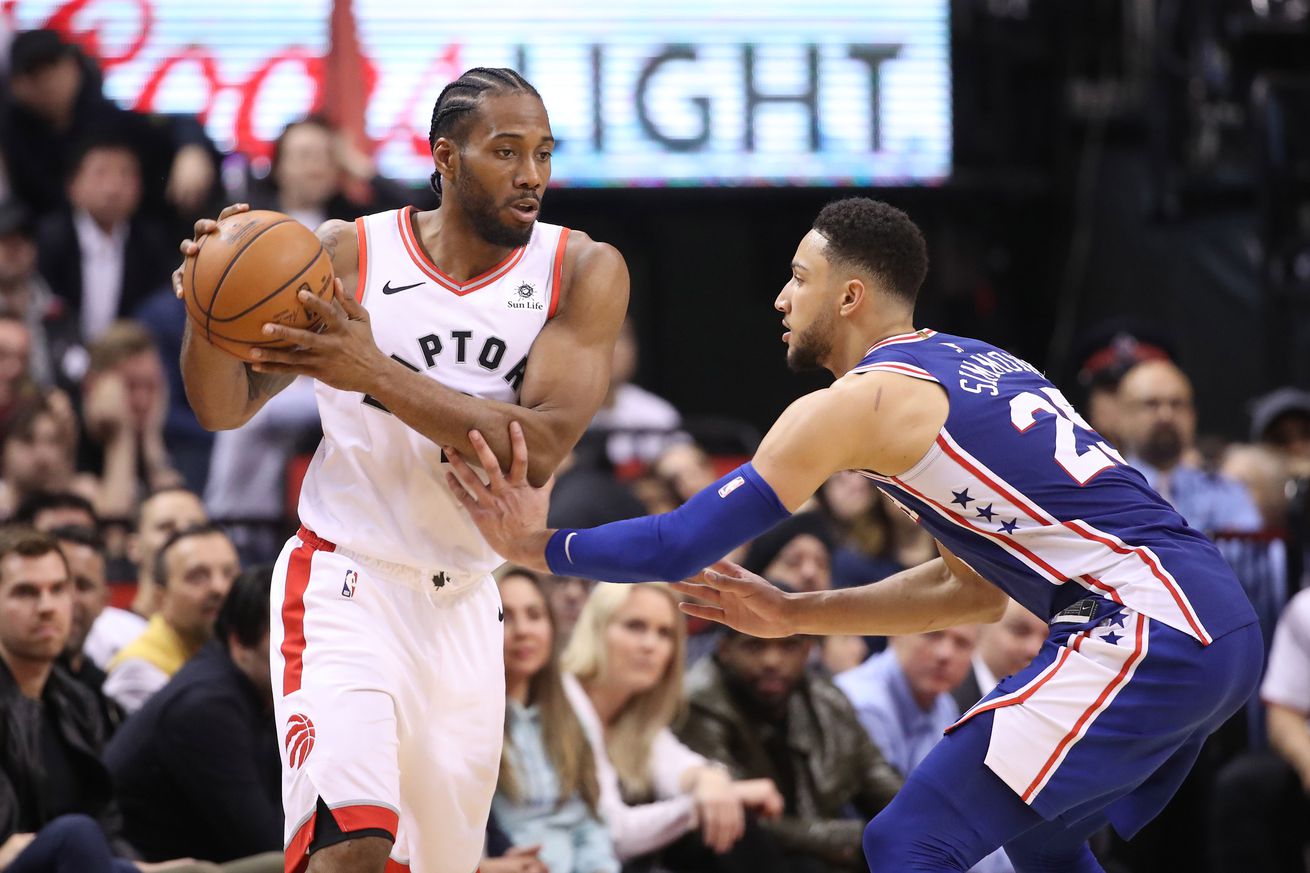 The Raptors need a bounce back night from their shooters, as well as some tactical adjustments, as they battle Philly on the road in game 3. Let’s watch.

The hour of the adjustments is upon us. Minutes matching, staggering, shifts in deployment. The Raptors unexpectedly dropped game two against the Philadelphia 76ers, and we were left with three days in which we could agonize over any potential changes they might make to be better prepared for game three.

The consensus seems to be that the Raptors must match Marc Gasol’s minutes to Joel Embiid’s, thereby taking full advantage of Gasol’s unique ability to defend Embiid one-on-one. That’s the change fans will be scrutinizing most closely, but they’ll also certainly be looking to see if there is any change in how the various members of the Raptors bench are deployed, as Serge Ibaka, Norman Powell and Fred VanVleet have struggled mightily as a three-man unit.

Better minutes from the Raptors’ bench players may have become even more crucial in the leadup to game three, as key Sixers reserve Mike Scott, out with a heel injury in the first two game of the series, is a game-time call after practicing with the Sixers earlier in the week. If Scott plays (UPDATE: he’s playing) it’ll add to the pressure on a Raptors’ reserve unit that has looked overmatched through the first two games.

Mike Scott (questionable originally) and Greg Monroe (probable) are game-time calls, per @ekoreen. Both figure to be factors if they play. Possibly more Boban if not.

Even if the adjustments come, the Raptors will still likely need to shoot better than they did in game two to take command of the series. The Sixers consistently committed multiple defenders to Kawhi Leonard in the series’ second contest, and the Raptors will need players like Danny Green and Gasol to take better advantage of the open shots created by the double teams.

Will Nick Nurse and the Raptors staff make the necessary adjustments to take control of the series? Will the Raptors’ shooters bounce back? Let’s watch.

Toronto – OG Anunoby (out – appendectomy), Chris Boucher (questionable – back), Jeremy Lin (out – back)