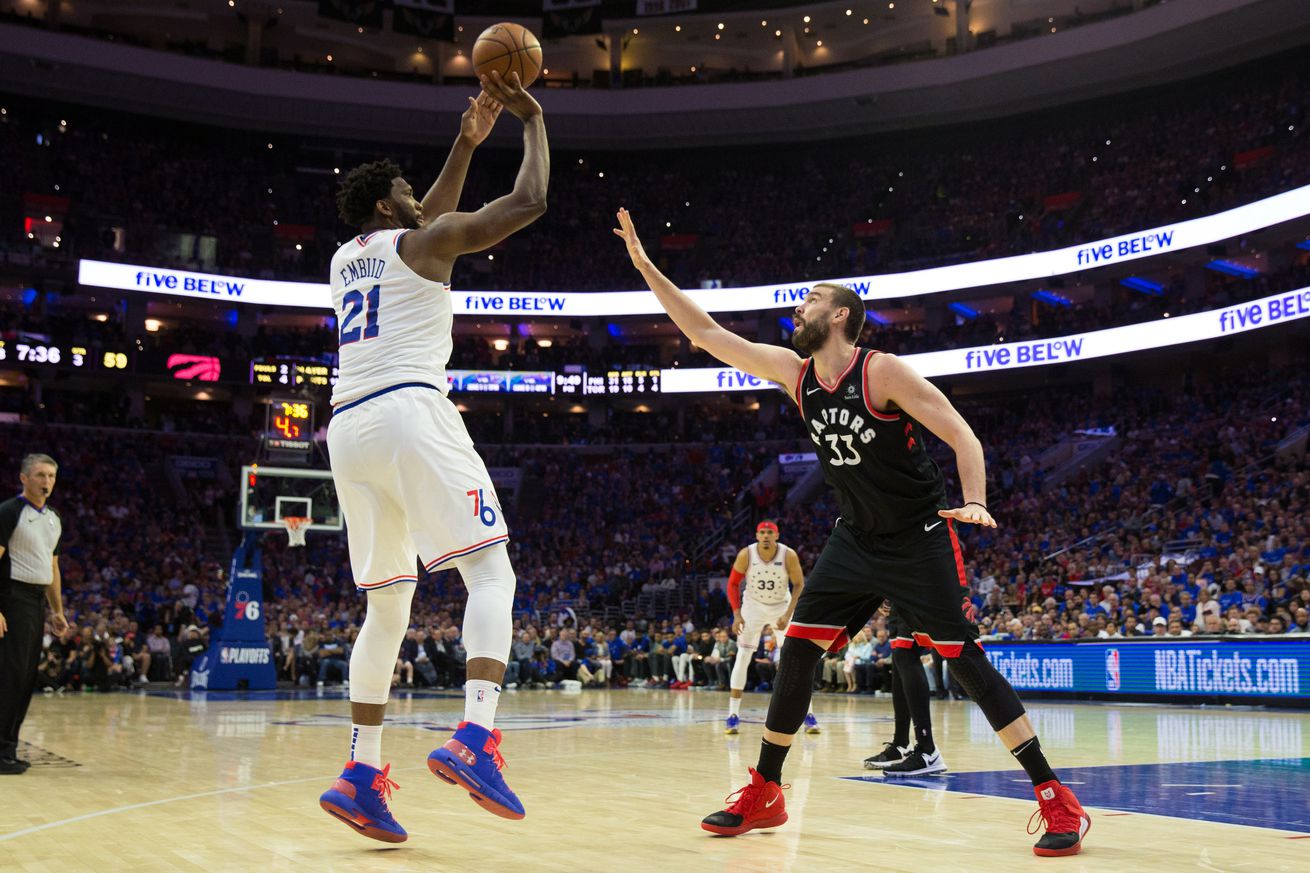 The little question: will Pascal Siakam play? The big question: can the Raptors avoid being backed against the wall?

It would appear that Game 3 was a tipping point into “going through it” for Raptors fans. No fanbase does it better, especially after all the years of watching Toronto excel in the regular season, then eventually get embarrassed in the playoffs on a bigger stage. The mantra coming into Sunday afternoon has to be no, really, this Raptors team is different.

At the very least, the Raptors don’t have to worry about Kawhi Leonard as they get ready for the first ABC game of their series against Philadelphia, coming off a 21-point loss and entering with a 2-1 series deficit. Leonard has been phenomenal, Pascal Siakam has been great, and nobody else has been consistent. As per the stat that everyone has shared with you by now:

Remember how awful the Thunder were offensively in the playoffs the first year after Durant left in 2017 whenever Westbrook was on the bench?

Siakam, unfortunately, is a question mark due to health today. The optimistic news is that he’s taking early warmups with the team to test out a right thigh contusion, “upgrading” his status from doubtful to a game time decision.

This is where game-time decisions get made …. I didn’t see a perky high-five and a jog off, if you know what I mean? pic.twitter.com/kJvdwFcFp0

If Siakam is out, Nick Nurse said that Serge Ibaka is the likely guy to slot into the starting power forward — though a mystery out-of-rotation player move, a la Dwane Casey, is on the table. Other options have limited the Raptors rotation after seven too, with Jodie Meeks likely to reappear in this game, with an outside chance of Patrick McCaw or Eric Moreland.

Still, a make-or-break moment in the post-season is what every fanbase looks for — and it’s still just Game 4. There’s a lot of time for guys like Kyle Lowry and Marc Gasol to show us something different, for Nick Nurse to change up the rotation, and for Kawhi Leonard to awe us (yet again).

Here are the game details. Meet you in the comments.