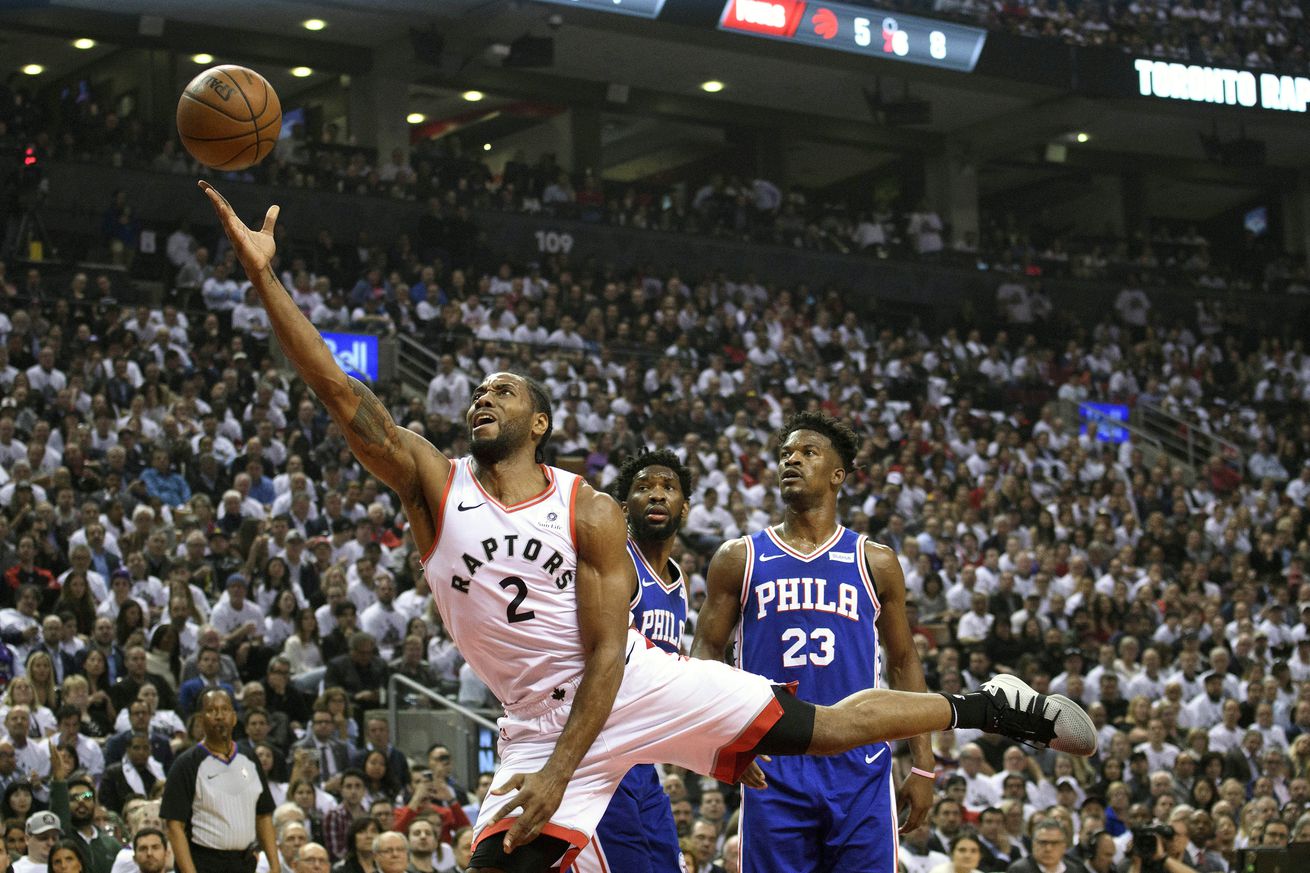 The Raptors are in a close-out scenario, while the Sixers are hoping a healthier Joel Embiid can extend this to seven.

In the playoffs, it’s very hard to carry momentum from game to game — but, damn it, could we have it just this once? The Raptors played to their truest form in Tuesday’s Game 5, showing what happens when someone besides Kawhi Leonard shows up to make shots. Kyle Lowry and Marc Gasol were shooting without thought. Pascal Siakam seemingly shook off an injury to return to form. Fred VanVleet had his best game in a millennia. The Raptors won by 36 damn points.

If Toronto was to carry that team into tonight’s Game 6 — well, there’d be a lot less to worry about. Elimination games in Philadelphia haven’t been kind to this franchise in a small sample size, but it would appear that the Sixers are starting to run out of answers. Ben Simmons has been swallowed up, as some expected he would be. Mike Scott and James Ennis have faded. Jimmy Butler has been asked to do too much.

The one behemoth casting a shadow on Game 6 is Joel Embiid. Dealing with an overzealous digestion system in Game 2 and an upper respiratory infection in Games 4 and 5, the word is that Embiid is feeling better heading into tonight’s game.

Brett Brown on Joel Embiid: “He came in today and he looked good. He got more sleep over the last few nights, and he’ll play tonight.”

For the most part in this series — whether it be because of injury, Marc Gasol, or another factor — Embiid has been largely lifeless. Still, the one pin in the Raptors’ balloon would be a big game from the Cameroonian. Knowing everything else, there’s every reason to be confident.

Let’s get into the game details, then have at it in the comments.

Toronto – OG Anunoby (out — appendectomy), Chris Boucher (out — back spasms)