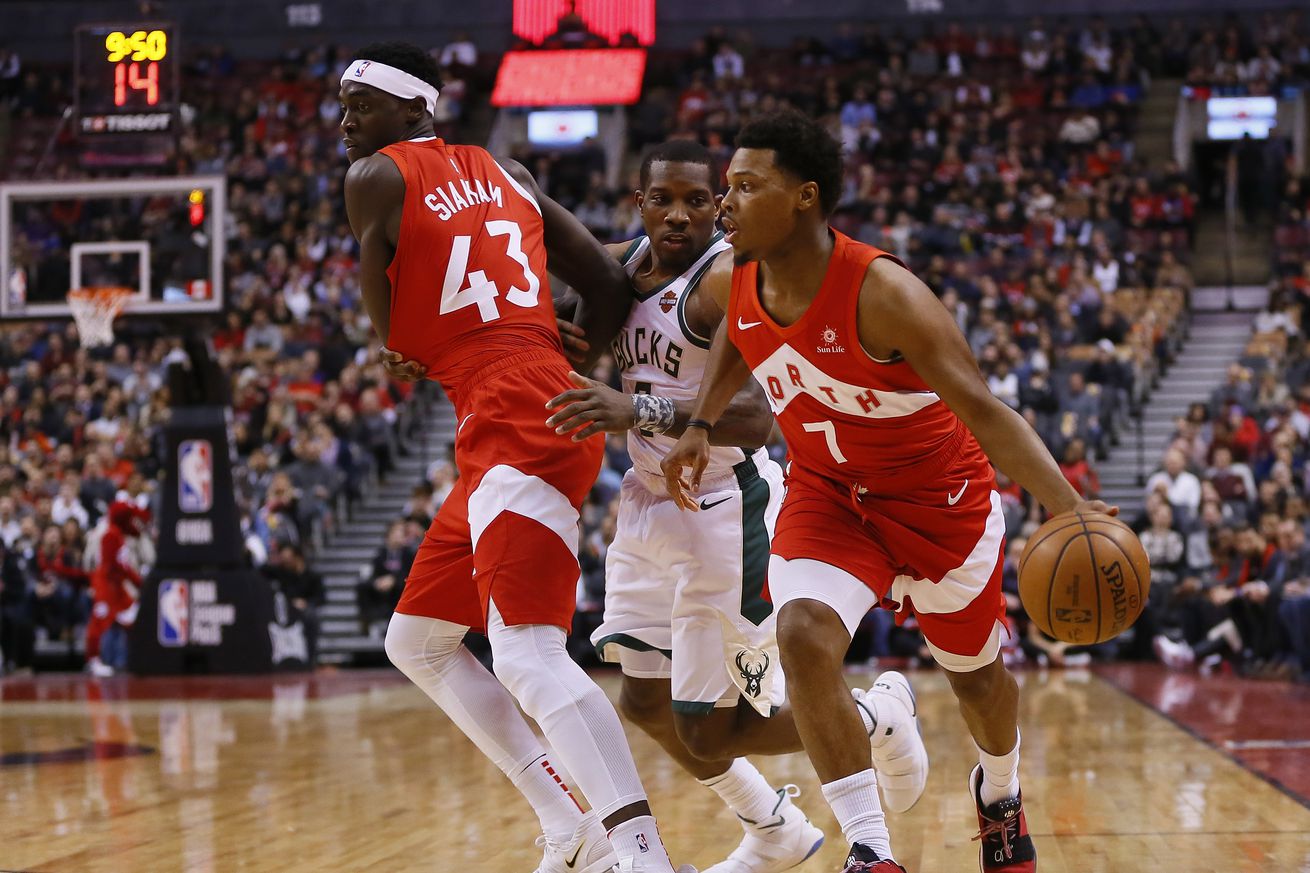 It’s time for the Eastern Conference Finals featuring the Milwaukee Bucks (boooo!) and the Toronto Raptors (yaaaay!). Who will come out on top in Game 1? Let’s watch.

“I was learning to cook so it comes in handy too.”

This was the joke the Raptors’ Kyle Lowry made this afternoon prior to Game 1 of the Eastern Conference Finals, with his Toronto squad set to take on the Bucks in Milwaukee tonight. Unfortunately the “cook” he’s referring to here has no relation to the commonly used basketball idiom. Lowry has not been just recently learning how to “cook” other players on the court — after 13 seasons in the NBA he knows how to do that already — it’s actually simpler than that. He’s been learning how to prepare food.

Of course, it’s never quite that simple with Lowry. And as the following picture illustrates, the context of Lowry’s joke is still pretty good — it just happens to be a little worrisome for the Raptors as, again, they prepare for Game 1 of the Eastern Conference Finals against the Milwaukee Bucks.

Lowry said he’s had some trouble gripping the ball because of his injured thumb, but insisted he’ll be fine.

He was wearing what looked like an oven mitt to help with circulation.

“I was learning how to cook so it comes in handy too.” pic.twitter.com/WOsvzZSK1Y

It’s easy to point to the potential (probable?) weak points of the Raptors in this series against the Bucks. After surviving a seven-game war against the Philadelphia 76ers, we learned a few things about the squad Toronto’s got — the bench is thin, the three-point shooting is all over the place, and the margin for error is small. This is usually the case by this stage of the NBA post-season, but it feels doubly so now when facing down a Bucks team with no obvious weaknesses, led as they are by their star Giannis Antetokounmpo.

Still, it’s good that Lowry can joke about it. For the Raptors to have a chance in this series against Milwaukee, it would be nice to see him and Toronto play easy and free, to take the shots that are their for them and be confident in the feeling that they’ll go in. It happened with Kawhi Leonard’s beautiful, impossible buzzer-beater in last Sunday’s Game 7 — and it could very well happen again. In short, here’s hoping Lowry’s cooking lessons extend to the rest of the Raptors — indeed, all the way to the court.

To get set for tonight, below are the updated Game 1 details. And here is the full Game 1 preview from Satbir Singh from this morning. Finally, finally, let’s watch.