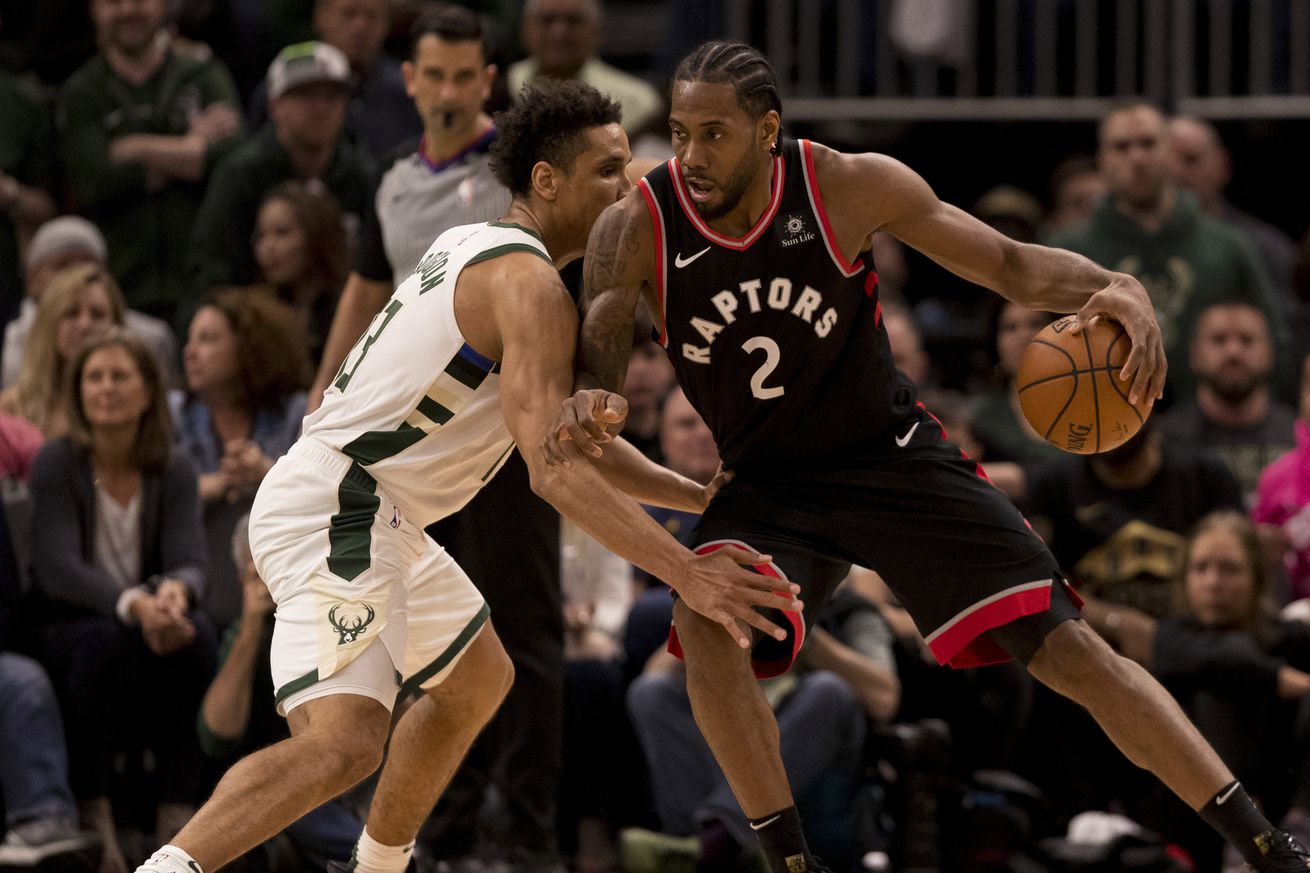 The Raptors are in a hole to start the Eastern Conference Finals, but Game 2 offers them a chance to get back on even footing with the Bucks. Let’s watch.

Though it feels hard to say this after Wednesday’s Game 1, the Raptors are not in a terrible spot for tonight’s Game 2. Yes, the winner of the opening game is often favoured in a playoff series, and the Milwaukee Bucks have proven themselves to be nigh invincible for most of the season, making it hard to envision even a modest comeback. But it’s not all bad news.

For one, Kyle Lowry made the Bucks pay for treating him lightly. We know it is unlikely we’ll see another 30-piece from Lowry, but it is equally unlikely that Milwaukee’s guards will let him roam as easily, which could open things up elsewhere on the floor. For two, despite Toronto’s exhaustion down the stretch, the Raps still found ways to keep the Bucks on their heels on defense, and limited some of what they wanted to do as a team. For three, as with Lowry, it feels unlikely we’ll see Brook Lopez go off for 29 points again. Yes, the margins on some of these items are thin — but they are there. (We haven’t even addressed the unlikeness of a completely 0-for quarter from Kawhi Leonard; no way that’s happening again, right?)

If you can’t tell from my tone, I’m generally optimistic about the Raptors right now. In many respects, the Bucks are the better team, filled to a man with better players, and led by the league’s presumptive MVP. But the Raptors are running and punching with them; they are, in fact, exceeding them at times too. Game 1 slipped away, but there’s a universe where it doesn’t and Toronto wins. Likewise, we exist right now in a universe where the Raps win Game 2 and then we really get a chance to see what’s going on between these two teams. Our friend Emma Healey got at some of this idea here, the feeling that all is not lost, that the Raptors are no longer beholden to some past vision of themselves — that they can just be. It’s a comforting thought.

But also, yes, it’s time for Game 2 and all of the anxiety that normal playoff basketball brings. There really is no way around that. As such, I must dutifully remind you of the updated game details below — in which the Raptors are still without both of their backup small forwards — and point you to our full Game 2 preview from John Gaudes.