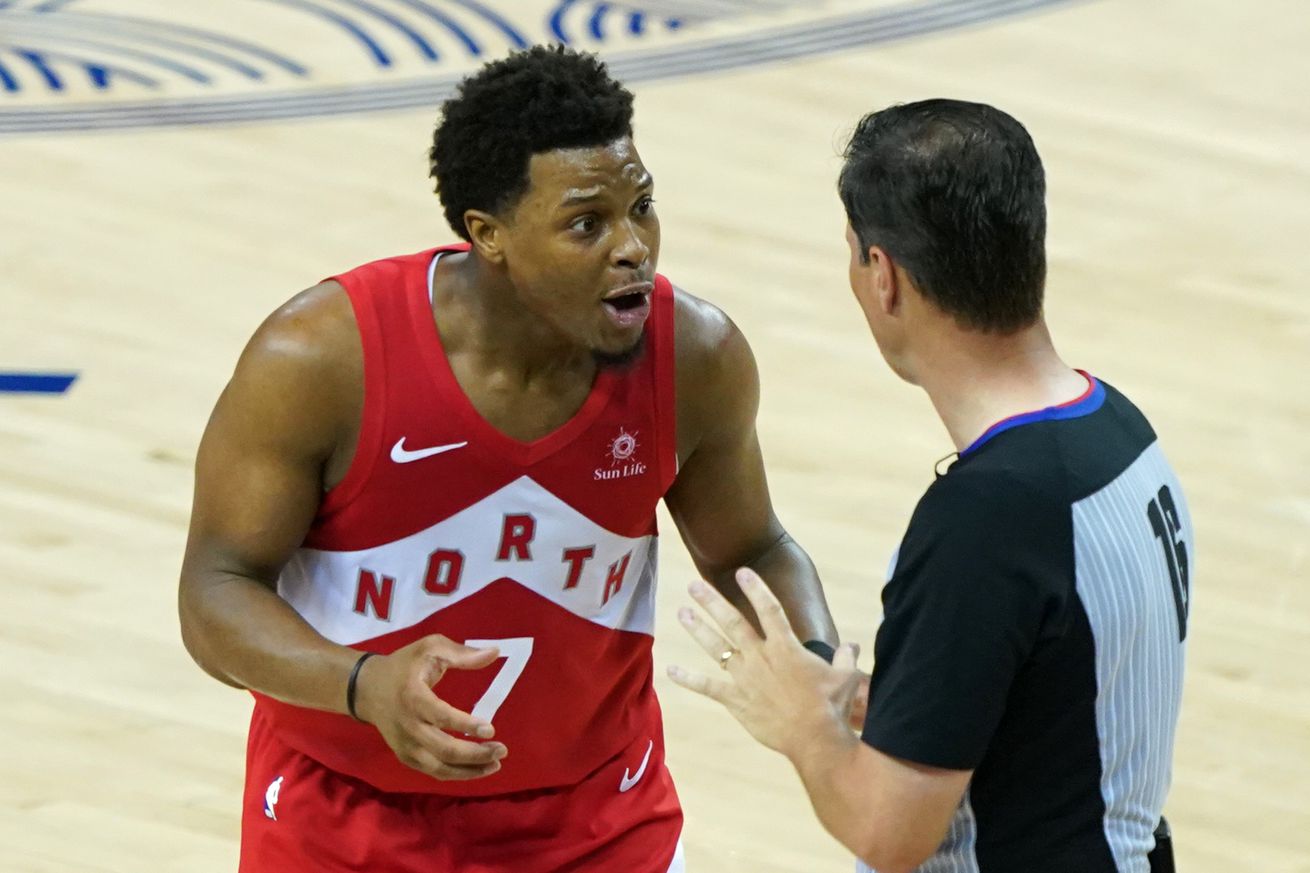 Not content with being the defending champions, a new study confirms Raptors fans as the most talkative fanbase about our friends, the referees.

Not that we necessarily need to feed the beast here, but according to a, uh, scientific study undertaken by Fractl, a [muffled voice] content marketing agency, on behalf of [in the lowest possible voice allowed] Casino dot org, we have some new up-to-date facts on just how much Toronto Raptors fans are talking about the referees. As it turns out: we are league leaders in this particular category.

Now, this probably makes some intuitive sense. Fans of the Raptors, the lone Canadian team in the NBA, have long discussed a broad far-reaching conspiracy involving the officials (and going right to the top!) that operates to keep the team out of the upper echelons of basketball success. To hear these folks tell it, it has always made sense to keep the Raptors down to protect the big business interests of the NBA. That they won the dang NBA championship in 2019 has quieted this chatter some what, but in the years leading up to that ultimate victory, it was still very much A Thing.

Of course, while every fanbase complains about the refs in just about the same tenor — they are uniquely trying to screw over our team at all times, after all — the sheer volume of complaints has always been harder to quantify. How could we ever prove definitively that Raptors fans talk about the refs the most?

Yes, by scraping and analyzing the various posts from the NBA subreddit (along with that of other sports), these helpful data crunchers have been able to determine a few things about the conversation around each league’s officials.

To that end, NBA refs were discussed the most on Reddit — more so than the other leagues — with approximately 40,500 mentions. Of those surely polite discussion points, the Raptors came up around 3,400 times, putting them in the lead among NBA teams (the Lakers and Spurs were second and third, repspectively). Now, we should note here that this data was put together during just the last two seasons (Oct. 16, 2018 to April 10, 2019 and Oct. 22 and Nov. 4, 2019) — skewing to a time mostly before the Raptors won the championship.

Nevertheless, the numbers have it. Fans of the Raptors spend the most time talking, complaining, discussing, arguing, etc. about the refs online. We are indeed number one. Hooray.

Oh, and one more thing, would you like to guess which NBA referees’ names came up the most in online Reddit discussions? Sure you would. The answer to this question presents something of a holy trinity of official-dom, and also, in a roundabout way, confirms the veracity of the other results.