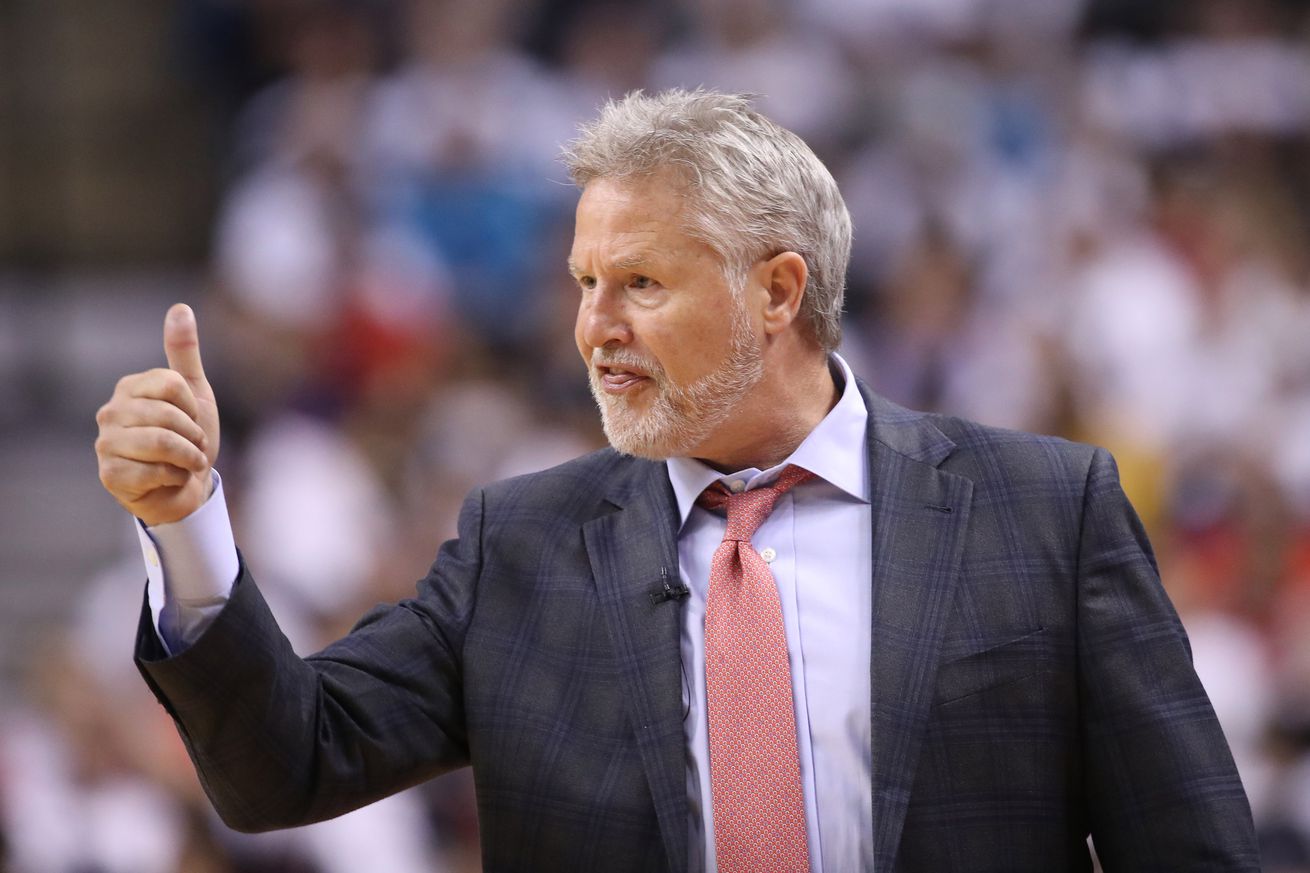 The Sixers have the Raptors against the ropes after securing a 2-1 series lead. Does Toronto have what it takes to turn things around, or is this the beginning of the end of their season?

The Toronto Raptors find themselves in an awfully familiar situation, but this time, there’s no LeBron James wearing the opposing team’s uniform. The Raptors were favoured to win this matchup heading into this playoff series and appeared to be on the right track after winning Game 1 convincingly.

However, a combination of an eerily familiar playoff regression and masterful counter adjustments by coach Brett Brown and the Philadelphia 76ers has put the Raptors in a Game 4 that might be the biggest game in the franchise history.

Can Nick Nurse prove that Masai Ujiri made the right hire by coming up with better adjustments than what he’s shown so far? We’ve got some ideas to help.

For the first time in this series, the Sixers managed to get their offense going in a big way. Philly appeared to be pushing the right buttons for the past two games, and everything finally came together in Game 3 with momentum now firmly on their side. It remains to be seen whether the Raptors can make the necessary adjustments.

In Game 3, the Sixers used Jimmy Butler to handle the ball more, to show some offensive aggression by either trying to score or play make for the likes of Tobias Harris, JJ Redick, Joel Embiid, among others.

It resulted in Butler’s best game of the series and provided more complexity to how the Sixers generated their offense. Of course, this move diminishes Ben Simmons’ value a bit if he doesn’t have the ball in his hands, but hey, the team is winning.

Will We See This Again: Yes, unless Nurse counters this with one of the points below.

The Sixers don’t appear to have a deep bench, and they solved their top-heavy roster by using their bench differently than most teams would, such as:

Will We See This Again: This is Philly’s MO right now, and has been since the trade deadline.

Potential Adjustments for the Sixers

If the Sixers can replicate how they played in Game 3, they don’t need to make any adjustments. But if they can’t, where should they focus their attention?

Do the Sixers need to slow down Kawhi Leonard if they’ve demonstrated they can win regardless of how many points he puts up? All they need to do is clog the paint, and dare Kyle Lowry, Marc Gasol, and Pascal Siakam (hopefully!) to shoot perimeter shots.

In Game 3, Brown and the Sixers started off Kawhi’s 4th quarter minutes with blitzes off the pick-and-roll, and Kawhi was forced to pass to teammates who were not interested in scoring or shooting at the moment. Maybe not ever.

Will We See This: My money is on “containing Kawhi” only if the game is tightly contested.

So what do we do now, Nick Nurse?

Nurse’s adjustments weren’t enough, but then he was not the one who passed up and/or missed those open shots. It was Nurse’s coaching staff’s defensive scheme, but he wasn’t out there actively trying to defend the opposition.

Still, Nurse and his coaching staff have to act, and act fast, as time is running out for the Raptors.

Rolling with a Small Lineup

Stop. Please, just stop. While in the regular season it might have worked against other teams, putting Fred VanVleet, Norman Powell, Serge Ibaka, and Kyle Lowry on the floor against the Sixers starters is just a recipe for disaster.

This lineup can’t score, defend, and rebound against the taller, longer, more athletic Sixers starters. Sure, Nurse tweaked this a little bit, by changing Gasol’s and Green’s minutes, but there are too many holes for them to fix.

Will We See This Again: If we do see it again, it’ll be Sixers in 5.

The Raptors failed to score consistently outside of Kawhi and Pascal Siakam, and even Siakam faded in the second half. While Kawhi was able to cook regardless of the defense the Sixers threw at him, the Raptors’ offense became too Kawhi-centric.

Did Kawhi just tried to do whatever he can to keep the Raptors in the game, or did he lose faith in his teammates? Could it be both? Nurse needs to be able to find a better way to put the rest of the Raptors not named Kawhi (and Siakam, again, assuming he plays) in good scoring position for them to succeed.

Will We See This Again: If the Raptors offense stagnates again — and that’s really all on Gasol and Lowry — most likely we will.

Potential Adjustments for the Raptors

I guess the most disappointing and frustrating part here is that Nurse had an abundance of options to try — and could still use — to potentially slow down the Sixers.

This is not like the old Cavaliers series where Dwane Casey had thrown everything at the wall and nothing stuck for them to roll with. Despite all the other setbacks, Nurse still has a team he can work with. Here some things still to try:

If the Raptors can slow down Embiid with Gasol (a big If, but the only option), the key to stopping the Sixers now is containing Jimmy Butler. Butler was shut down in Game 1 but was instrumental in getting the next two wins for the Sixers. Philly exploited the Raptors’ defensive switching scheme and Siakam’s tendency to over-help, and they were able to create scoring and playmaking opportunities for Butler.

One thing the Raptors can do is to put Kawhi on him and limit the switching. It might be too much to ask Kawhi to go the extra mile on both ends of the floor, but he’s the best person they have that can slow Butler down.

Will We See This: I hope so — but this may be contingent on whether Siakam plays.

Nurse made some adjustments on his rotation to end the first/third quarter and to start the second/fourth quarter, but it wasn’t enough to stop all the issues that the bench unit are having.

Nurse decreased the number of minutes that Serge Ibaka matched with Embiid from approximately 7+ minutes to under five minutes at a time, but it was useless as Ibaka was overwhelmed by Embiid.

This can’t be the same Serge that I raised defensively!!!! Come on Serge! Get your mind in the game! Jesus Christ!

Unless Ibaka can put up a better fight, the team is better off seeing Embiid score against whatever defense Marc Gasol can muster than the swiss cheese effort that Ibaka is putting up against Embiid.

Will We See This: This has to happen in Game 4 or Toronto could be at the mercy of Embiid once again.

Frequent But Short Stints for FVV and Norm

While I believe the Raptors should go all-in with matching Embiid’s minutes with Gasol’s, Nurse was still adamant in playing Fred VanVleet 8+ minutes at a time. The worst part is when Nurse would counter the Sixers going big (which obviously happens a lot) with a lineup of VanVleet-Lowry-Powell along with Ibaka and one of Kawhi or Siakam.

While the Raptors don’t have any other proven bench players that they can use, Nurse should be using his bench similarly to how Brown is leaning on his: create breather opportunities for his starters, but don’t play them long enough to get exploited. (It helps of course that James Ennis is playing great; and Mike Scott looks like he hasn’t missed a beat.)

Will we see this: I doubt it, it looks like Nurse will fall on his sword just like Casey did. And we’ll have to wonder what happened to FVV, Norm, and Serge in the post-season.