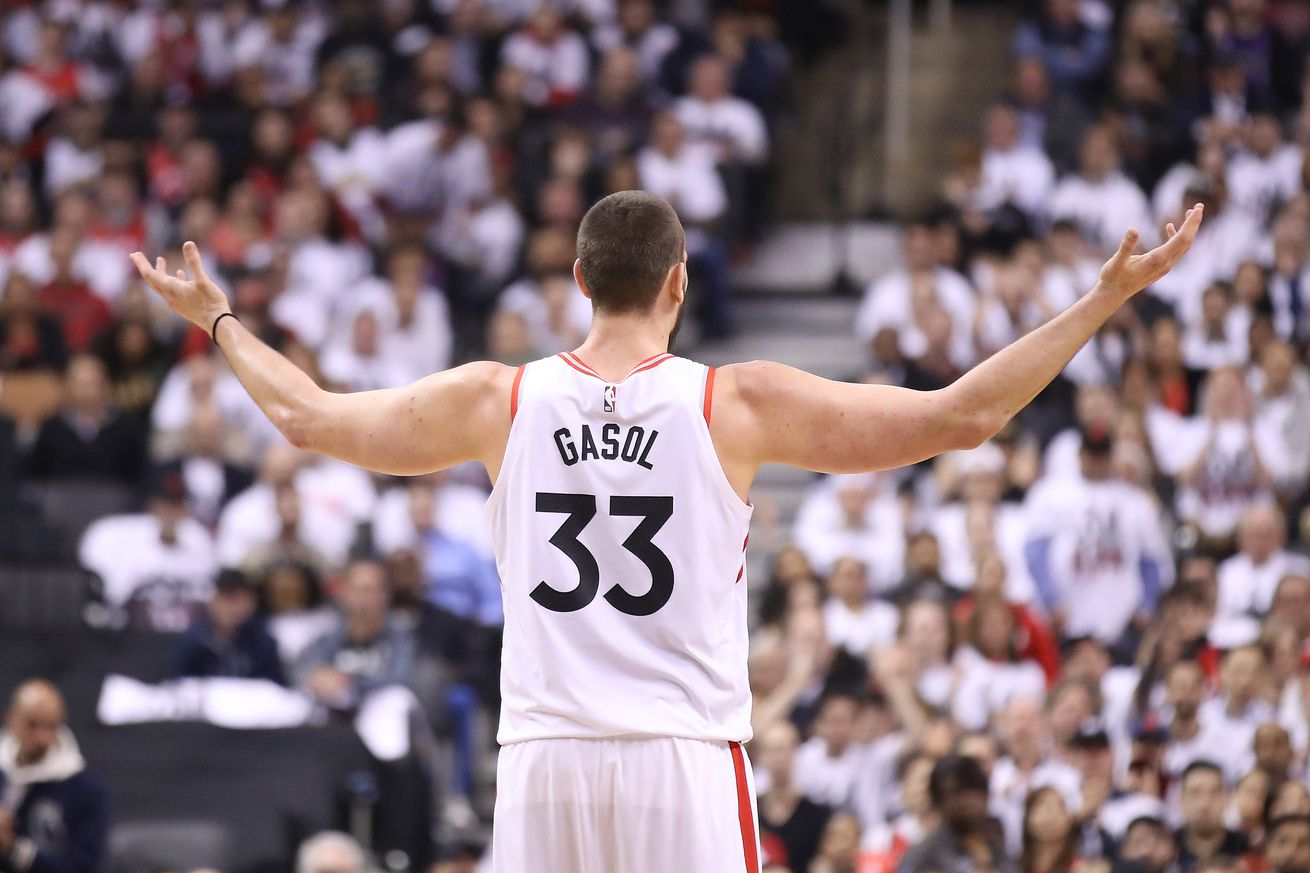 After a frustrating loss, we asked Sean Kennedy of Liberty Ballers how the Raptors can rebound against the Philadelphia 76ers in Game 3.

After a lacklustre Raptors performance in Game 2, Sean Kennedy of Liberty Ballers picked apart last game for us and offered some advice for Game 3.

Last game, the Raptors appeared lethargic and struggled to make shots right from the get-go. What major changes did the Sixers make to stifle Toronto’s offense, and do you think they’re sustainable?

The main changes the Sixers made defensively included having Ben Simmons be the primary defender on Kawhi Leonard, being more aggressive about sending double teams at Kawhi, and switching the frontcourt matchups with Joel Embiid on Pascal Siakam and Tobias Harris on Marc Gasol. All of those moves should remain in place moving forward. As I mentioned prior to Game 2, Simmons has the best chance of slowing down Kawhi, possessing the length to bother him on shot attempts and the mobility to fight through screens. Much of Toronto’s supporting cast seems hesitant to take the lead offensively, so I’m perfectly fine with getting the ball out of Kawhi’s enormous mitts and forcing other Raptors to make a play.

As for the Embiid–Harris swap, Embiid can bother Siakam with his length on drives to the rim, and having his man coming from the corner or wing, rather than the top of the key, allows him to be closer to the basket as a help defender. Harris on Gasol works because the Spainard seems reluctant to take many shots; one of the main adjustments I expect Nick Nurse to make in Game 3 is more Gasol post-ups against Harris. We’ll see how Tobi holds up in those situations.

Former Raptor Greg Monroe feasted last game, scoring 10 points in 12 minutes. Do you see this as a one-off performance, or will Philly continue to rely on Monroe moving forward?

Greg Monroe enters Game 3 as probable with his ankle injury, and if he’s good to go, I think the journeyman big will definitely remain the Sixers backup center throughout the remainder of the series. Boban Marjanovic simply can’t defend to the perimeter against the Raptors big men, and while Monroe isn’t the most fleet of foot, he’s definitely a slight upgrade in that department over Bobi. Monroe also focuses on rolling out of the pick-and-roll offensively (rather than popping, which Embiid does almost every time), and if Gasol has a weakness in his defensive game, it’s the roll man. Monroe found some success in that capacity in Game 2, while also attacking the offensive glass. The Sixers might opt to go with a Ben Simmons-Mike Scott small-ball frontcourt for some minutes if Scott can return from his heel injury, but I’d still expect to see 10-15 minutes from Monroe.

As a Raptors fan, I felt incredibly frustrated with Nick Nurse’s rotations in Game 2. What coaching decisions do you think he needs to make next game to win in Philly?

As mentioned above, seeing Marc Gasol operate as more of an offensive hub against Tobias Harris is something I would at least explore if I was Toronto. Rotation-wise, I might be inclined to give Jeremy Lin some of Fred VanVleet’s minutes to insert another player who can create off the dribble. FVV has been abysmal this series, and the Sixers only have so many players to go around who can defend dribble penetration. I can’t say I watched too much Lin over the second half of the season, but he at least fits the prototype of a guy who could be dangerous against Philadelphia.

Thanks again to Sean for speaking with us! Remember to visit Liberty Ballers for more Sixers content throughout the series.