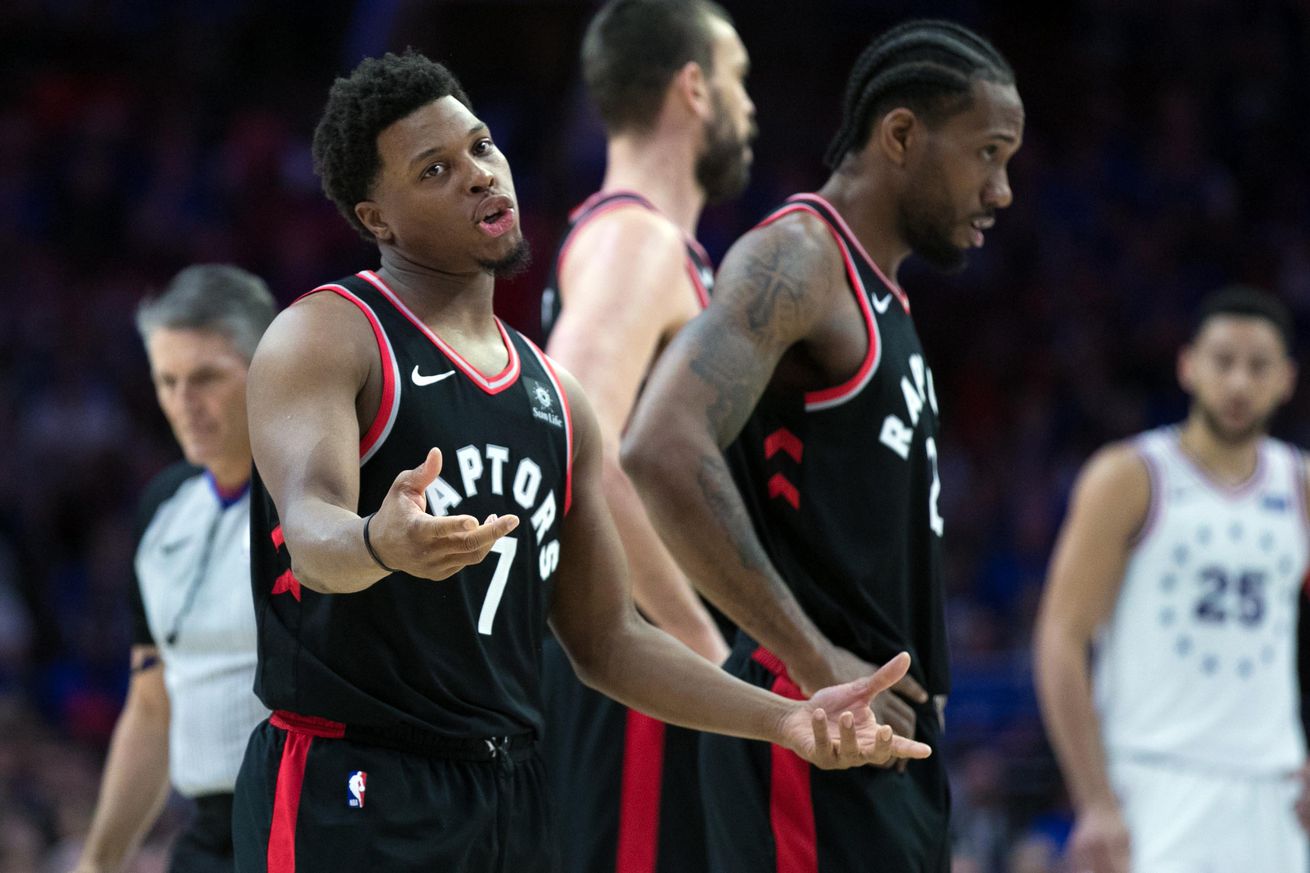 On the brink of collapse, we spoke to Sean Kennedy of Liberty Ballers once again to see if the Raptors have any chance of evening the series.

After one of the worst losses I’ve ever had to sit through, we asked Sean Kennedy of Liberty Ballers some questions regarding the Raptors’ mindset and game plan heading into Game 4.

The Raptors have betrayed my confidence yet again, this time getting blown out while showing no signs of life (save for Kawhi Leonard). Do you think the Raptors can muster up the mental energy to split the series in Philly?

I have become incredibly optimistic about this series, but it has more to do with the Sixers finally appearing to perfectly settle into roles within their current group rather than anything Toronto is doing. Ben Simmons has focused on being a defensive stopper, largely concentrating on being a screener and cutter offensively, while Jimmy Butler has assumed the bulk of the ball-handling duties. Joel Embiid is still a focal point and defensive anchor, JJ Redick spaces the floor and works to stay on his man and fight through screens rather than switch, and Tobias Harris has become an elite glue guy. With the playoffs enabling Brett Brown to extend the starters’ minutes, it’s only been a cherry on top that the bench has stepped up and outplayed Toronto’s second unit.

Of course, decades of Philadelphia sports failures have ingrained in me a nagging feeling that something could go wrong, but it’s difficult to pinpoint exactly how that would go about happening. Kawhi Leonard has put forth three straight best-player-in-the-league-level performances, and it still hasn’t been enough to carry his team to a series lead. If he falters even a little bit, or if Pascal Siakam ends up missing this game with his calf injury, nothing I’ve seen has led me to believe the Raptors’ supporting cast will rise up to carry the additional load. But, as they say, that’s why they play the games.

Watching Marc Gasol and Kyle Lowry pass up open shots all night (and brick the ones they took) was infuriating. Do you think their struggles are more mental, or did the 76ers’ staunch defense prevent them from getting in rhythm?

The Sixers are definitely playing terrific defense; the last two games, they’ve looked the best I’ve seen with this current roster in communicating on the court and remaining on a string with defensive rotations. However, Gasol and Lowry are definitely the guys the Sixers want taking shots (as opposed to Kawhi Leonard and Pascal Siakam), and they’ve had the open shots to prove it. Both guys routinely have free looks from behind the arc that they have refused to take. Gasol, additionally, often has a smaller player on him, but has refrained from looking for his own shot on the interior. It’s hard to envision a scenario where the Raptors win this series unless those two players turn the clock back to 2017.

Joel Embiid finally looked like himself tonight, feasting in the post and bombing from downtown. If he continues to play like this, how should the Raptors attempt to stop him moving forward?

After Game 2, Sixers fans rejoiced in the fact that the team was able to come away with a win in a game where Embiid only made two field goals. Thursday night, though, he broke out in a big way. If he’s the best (or co-best with Kawhi) player in this series going forward, Philadelphia is going to advance to the Eastern Conference Finals. As for how to stop him, the 3-of-4 effort from downtown is certainly not sustainable. As a defense, the Raptors have to consider any possession where Embiid takes a long jumper as a win, and hope things work out in their favor over the small sample size.

However, the Sixers did do a good job in springing Embiid free around the basket, often using Redick as a screener on Gasol in the restricted area. The Raptors have to recognize those coming and either swing around to front the post before the screen arrives, or be more comfortable switching and coming with a quick double-team. One thing I do know: tripping is not the answer (editor’s note: neither is elbowing Lowry in the nards).

Thanks again to Sean for speaking with us in these trying times. While you wait for more misery to unfold, make sure to check out the excellent Sixers content on Liberty Ballers.