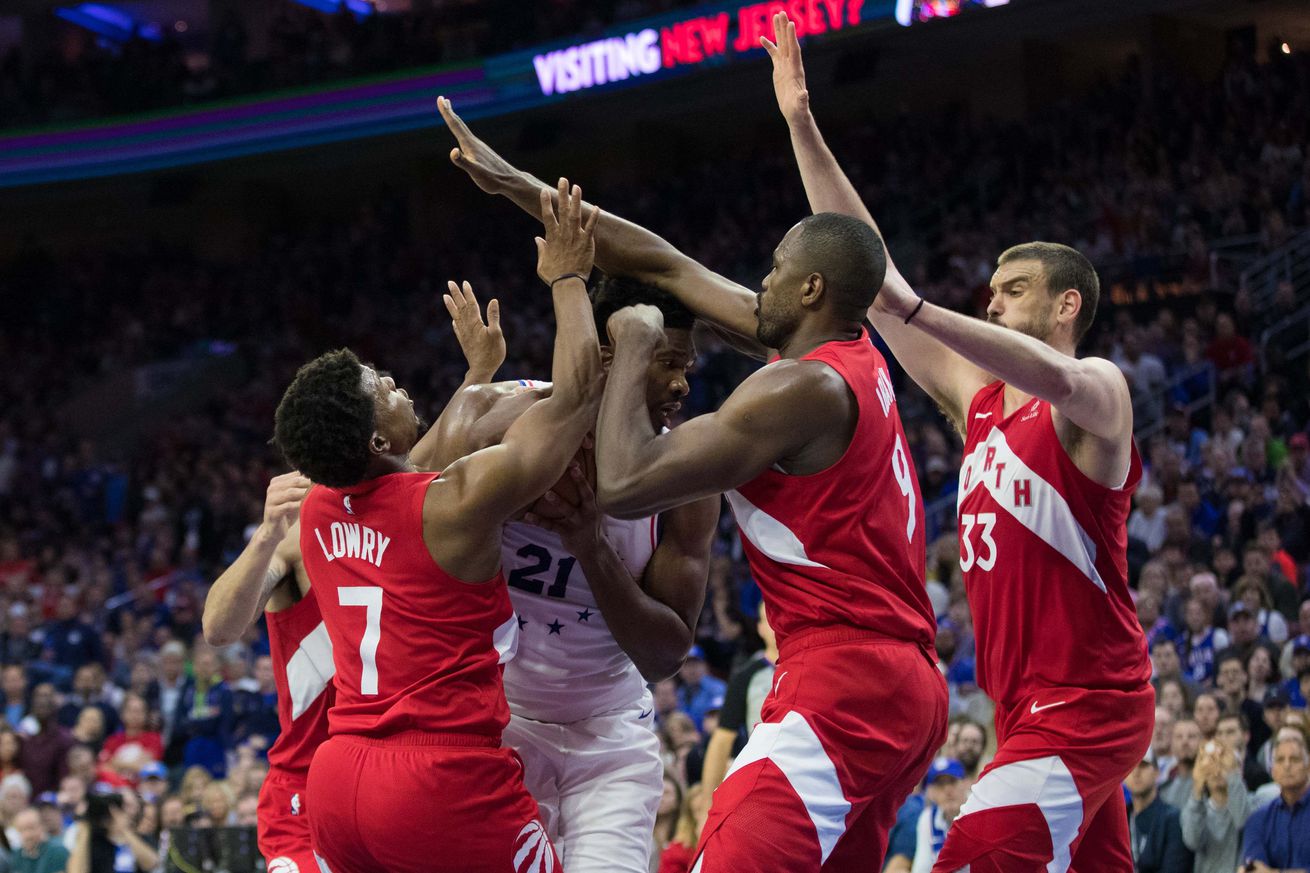 After a potentially season-saving win in Philly, we spoke to David Early of Liberty Ballers before the Raptors head back home for Game 5.

The Raptors look to defend home court tonight against the Philadelphia 76ers, and we spoke to David Early of Liberty Ballers to hear his thoughts on how the series may shake out.

Nick Nurse opted to throw Ibaka and Gasol out there together to combat Philly’s size. How do you foresee Brett Brown countering in Game 5?

Yeah, those lineups really hurt. They did so little of it since acquiring Gasol but were a +11.3 and it appeared to catch Philadelphia off guard a bit. I’m not so sure there are necessarily major adjustments to be made (as a Sixers fan, I’d still much rather face that than Siakam -who looked quite limited — but will have time to recover). I would guess that Brett will continue to use Embiid as a spy when Gasol posts a smaller player and also as rim help when Toronto does high screen-n-rolls. I think the “sword” they’d like to fall on then is the Ibaka deep ball and mid-range game and take their chances. I wouldn’t be surprised to see Boban get a shot with Greg Monroe struggling mightily.

Is there any way the Raptors can survive this series if Siakam’s calf injury continues to plague him?

Yes. I think he shot the ball very poorly but he didn’t appear to be limping. If I had to guess I’d project him for some improvement in Game 5. Toronto is back at the Crib and the crowd there makes it extremely difficult on officials. Not having OG and now a banged up Spicy P is a big hit to your length and depth. But I think the non-Kawhi big names of the North have underachieved and might contribute more moving forwards.

It feels like the Raps are due for a well-rounded performance and maybe Lowry can build on the momentum he found by attacking early.

I’d definitely roll with FVV. His defense hasn’t been a liability. I went through all of the Sixers turnovers for a Liberty Ballers piece and he certainly had a few highlights in there defensively. He’s smart and sneaky. His offense has apparently been limited by the Sixers size but sometimes you just need to get back home. I’d expect a bit of a bounce back from him over the next couple of games. And wouldn’t be shy to let him try again. Unless Nurse knows he’s got some undisclosed injury I’d have no qualms giving him more chances.

Thanks again to David for speaking with us! Make sure to check out Liberty Ballers for more 76ers content throughout the series.