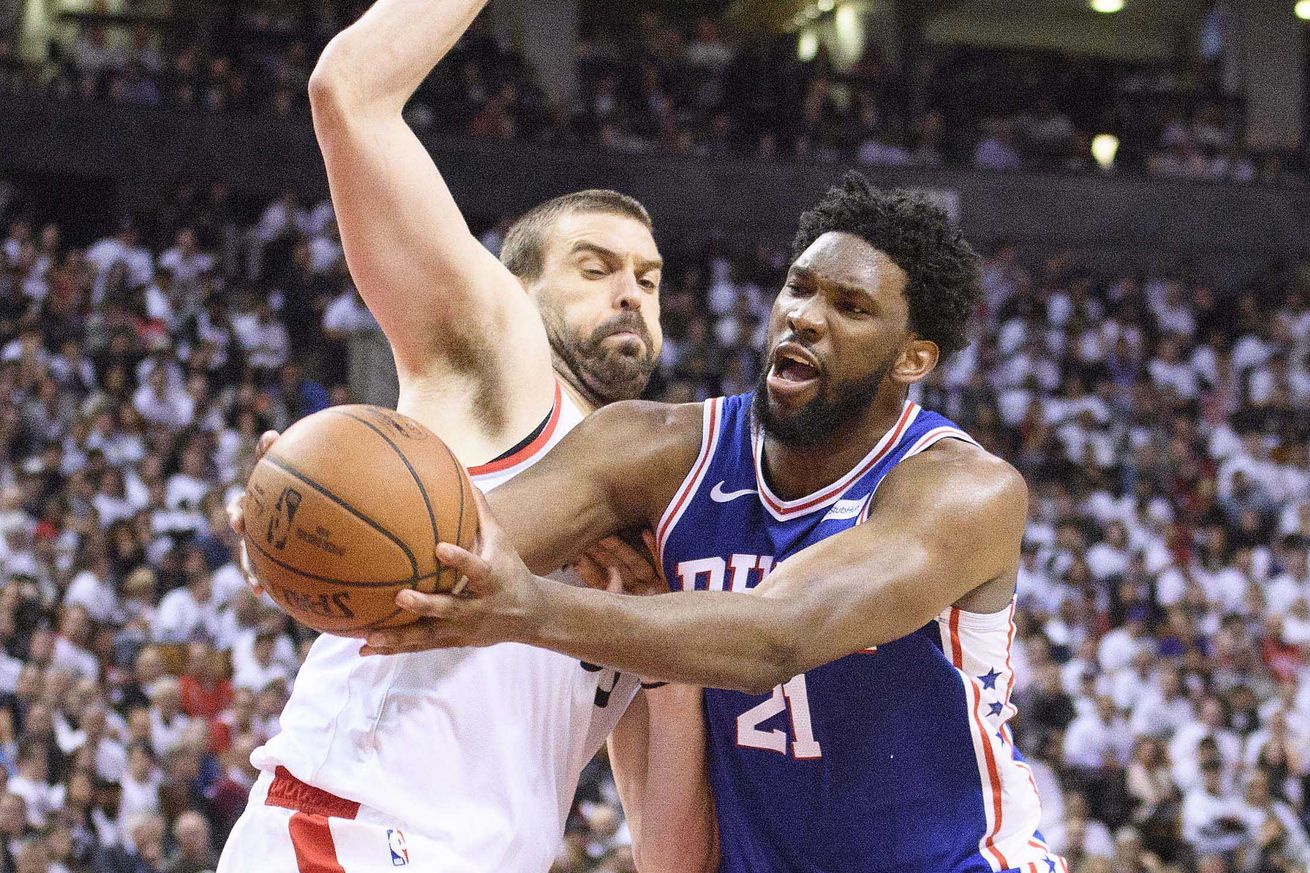 We spoke to Sean Kennedy of Liberty Ballers to hear his take on the Raptors’ largest win in franchise playoff history, and to prep for Game 6.

After an absolute decimation of the 76ers in Game 5, we asked Liberty Ballers’ Sean Kennedy about what went right for the Raptors, Joel Embiid’s illness and changes of strategy heading into next game.

Out of all the iterations that could’ve played out in Game 5, a Raptors blowout win was not an outcome I envisioned. When the Raptors are hitting their shots, is there a way the 76ers can combat them?

The Sixers are pretty thin in the rotation and don’t have the defensive bodies to throw at the Raptors beyond what they’re been doing thus far. If Toronto is clicking on all cylinders offensively, the only way the Sixers have a chance is to win in a shootout. To win a shootout, Philadelphia needs a reasonably healthy Joel Embiid, i.e. the version we saw in Game 3.

If Embiid is effective, it creates open shots for JJ Redick in the dribble handoff game; as well as good looks from behind the arc for Tobias Harris, Mike Scott, etc., when the Raptors come with late double teams to harry the big man. With Embiid clearly not right physically of late, those DHO actions with Redick haven’t been there, and he has struggled to read and react to the double teams in a timely fashion, leading to the bevy of turnovers. Jimmy Butler has been terrific this series (and all postseason), but Embiid is the skeleton key that unlocks everything for the Sixers offense. They need him to contend with even an average Toronto performance.

I genuinely believe Joel Embiid is physically ailing, so I feel for the guy. However, he’s been widely criticized by the national media for excusing his poor play by complaining about his health publicly. What’s the Philadelphia perspective on Embiid right now?

There are two main camps. One side thinks Embiid needs to toughen up and carry the team, injury and sickness or not, and if he can’t do it, then he’s not the franchise player the Sixers need. People have even thrown out the idea that the team needs to trade him.

The other side, we’ll call this the rational side, believes it’s terrible that Embiid happened to get sick at the worst possible time, but it holds no greater bearing on his work ethic or character. The man looked like he was on death’s door in Game 5. He was clearly toughing it out just by taking the court. Embiid worked his way back from multiple season-ending injuries, dealt with the tragic death of his brother, and has become a top-10-ish player in the league despite only playing basketball for about a decade. Everybody will come back around when they’re not being held prisoners of the moment immediately following an embarrassing playoff defeat.

Last game, the 76ers gave up 31 points off 19 turnovers, with Embiid and Simmons largely responsible. What did Toronto do to pester them, and how can Philly adjust moving forward? Should Embiid see as many touches this time around?

Two of Simmons’ turnovers came as a result of trying to attack the basket and losing the ball to a crowd of defenders in the paint. Those I can live with, as they at least demonstrate a degree of aggressiveness that the Sixers absolutely need from Simmons. The other three giveaways from Ben were simply terrible passes, and those have to be eliminated. I noticed on one that Pascal Siakam sagged off Simmons considerably to intercept a post entry pass, rightly guessing that Ben had no desire to be an offensive threat himself. Maybe if Simmons continually attacks throughout the game, those passing lanes will reopen.

As for Embiid, I touched on it earlier how he was slow to react to everything Toronto threw his way. Honestly, fighting through his illness, Joel looked like he was on another planet Tuesday night. Embiid is still turnover-prone, sure, but in his normal state, he’s not committing half the mistakes he did in Game 5. How much Embiid factors into the offense should depend on his health. If he’s close to 100 percent, return to utilizing him as the central hub of the offense. If not, treat him as a rim runner and try to let him focus his limited energy on the defensive end.

Thanks a ton to Sean for giving us the Philly perspective! Check in with Liberty Ballers for more 76ers content throughout the series.