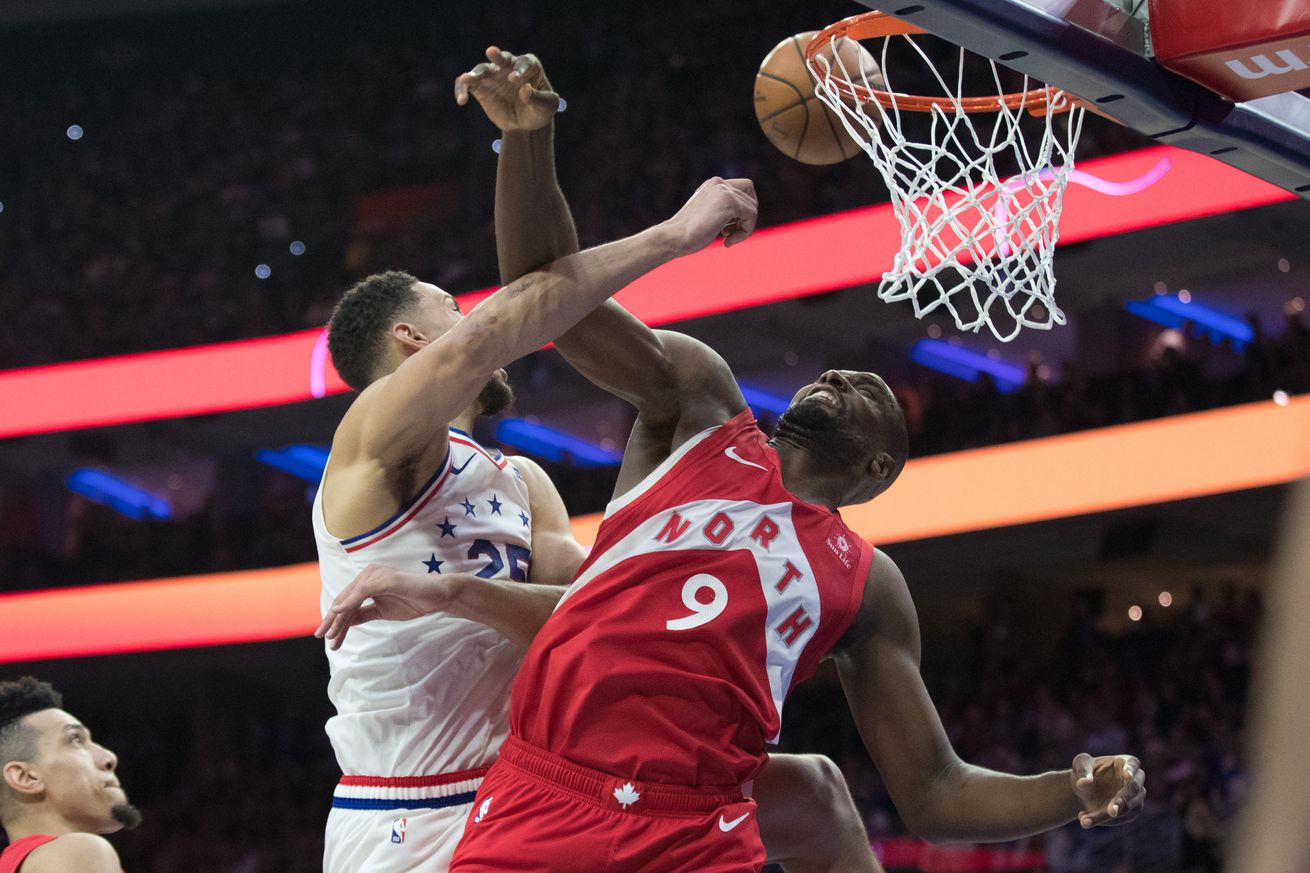 For the final time this post-season, we spoke with Sean Kennedy of Liberty Ballers to get a handle on the Raptors and the Sixers as they head into Game 7 tonight.

Ah yes, somehow we are here yet again with the Raptors. That’s right, it’s time for another stressful Game 7. Did things have to happen this way? If you’ve been following Toronto for any length of time you’d probably know that, yes, it must always be this way.

To help work us through the day, we spoke with Sean Kennedy at Liberty Ballers to get a sense of what the mood is heading into Game 7 of the Raptors vs. Philadelphia 76ers series. And to get a feeling for what the fallout will be for each team, depending on who wins.

1. How can we explain the blowout seesaw of this series? Is it just the high variance on three-point shooting, or Joel Embiid’s health, or something else?

I think you hit on the two main culprits. The Raptors not hitting their shots is obviously bad for them from the very obvious fewer points perspective (analysis!), but it also snowballs into allowing the Sixers to kickstart the transition game, which gets Ben Simmons in the open court and involved in the action rather than standing passively along the baseline. That’s the best version of the Sixers and it can turn go from bad to worse for the opposition in a hurry in those situations.

Then, you don’t need to see Joel Embiid’s plus-40 mark from Game 6 to recognize how important he is for the Sixers. When his knee is acting up and he’s getting up and down the court like the tin man pre-Emerald City, or he has more viruses floating around his system than a preschool, the Sixers are a completely different team and things can go downhill fast (and not in the good Ben Simmons is getting downhill way). What would happen if the Raptors were hitting their shots and Joel Embiid was firing on all cylinders? Now, that would be interesting.

2. After six games, what is the single most significant issue facing the Raptors and the Sixers that they’ll have to figure out to win Game 7?

Toronto needs one of its role players to step up and help the big guns on the offensive end. Kawhi Leonard has finally cooled off, shooting 0-of-8 from 3 across the last two games. In the Raptors’ Game 4 victory, Marc Gasol overcame whatever strange aversion he has developed to shooting to take double-digit shot attempts and score 16 points. Danny Green drained five 3s in their Game 5 win. If the Raptors prevail and advance to the next round, chances are either of those two guys will have had a big game.

For the Sixers, they have to figure out what they’re going to do in the minutes when Joel Embiid hits the bench. In Game 6, the Raptors went on a double-digit run in the blink of an eye when Boban Marjanovic entered the game. After a good start to this series, Greg Monroe has turned back into the guy who was released twice this season. Is the answer Amir Johnson? Mike Scott at center? Joel Embiid playing 45 minutes, a number he mentioned in the post-game press conference following Game 6? We’ll soon find out.

I actually feel better about a potential matchup against Milwaukee than I did about going up against Toronto. It’s well-documented how well Marc Gasol does in defending Joel Embiid, but like most teams, the Bucks don’t have anyone who can fare nearly as well against the Sixers’ best player. Philadelphia’s 130-125 road win in Milwaukee back in March serves as a fine blueprint for how the Sixers could find success against the Bucks. Joel Embiid dropped 40 points, 15 rebounds, and 6 assists. Meanwhile, he did the defensive assignment against Giannis and the rest of the Sixers stayed home on the Bucks’ shooters. The Greek Freak dropped 52 points, but no other Buck had a very good game. That formula could work in the next round.

Of course, the Sixers are Game 7 underdogs. If you believe Marc Stein and Rajon Rondo, a loss could mean Brett Brown is fired, Jimmy Butler signs elsewhere, and we’re looking at a Sixers team going forward with Joel Embiid, Ben Simmons, a maxed out Tobias Harris, not much in the way of young role players or draft assets, and some coaching retread like Stan Van Gundy. So, like Adrian told Rocky, there’s one thing I want you to do for me, Sixers: win.