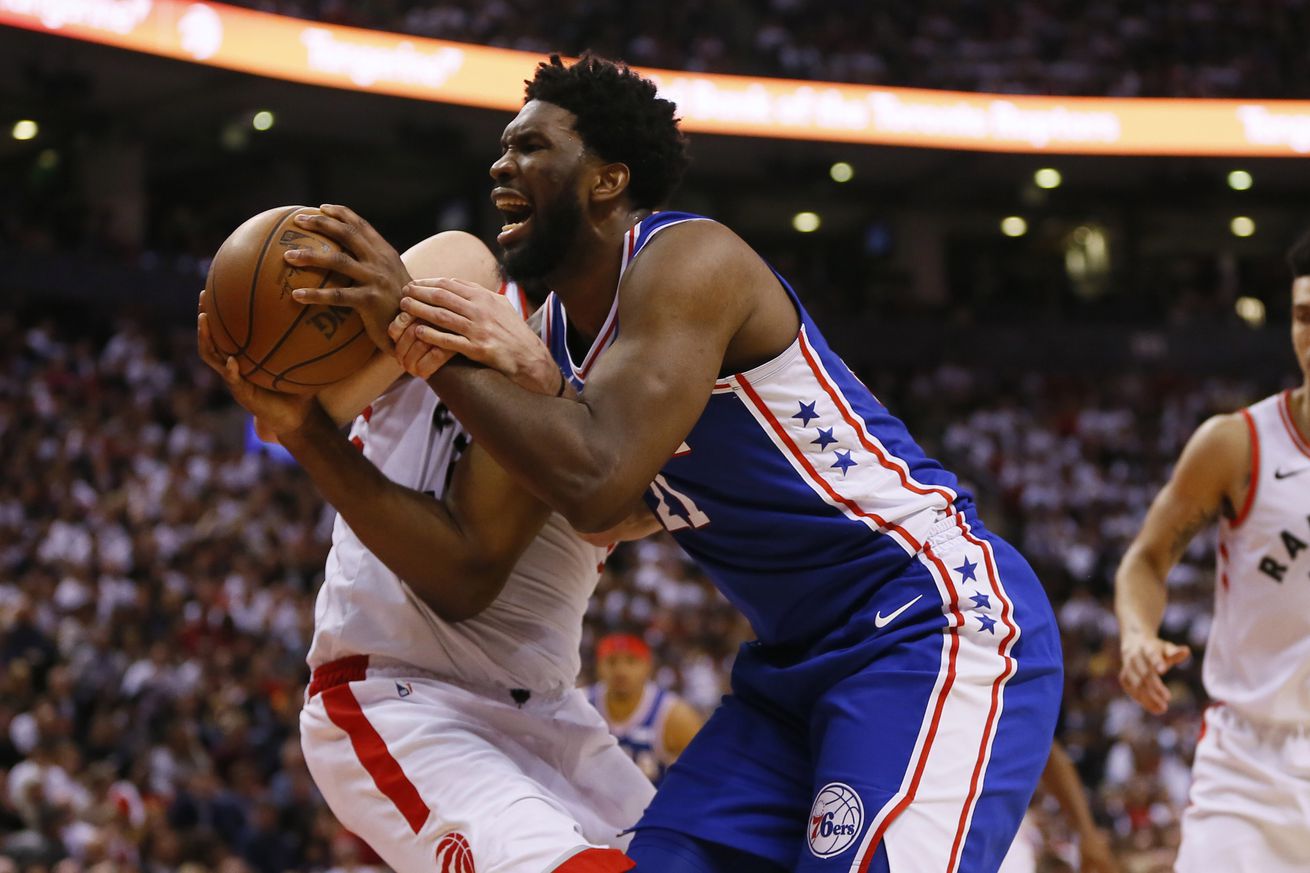 The Raptors had an up-and-down week, splitting a pair of games with Philadelphia at home. Kawhi Leonard was great, but the bench left something to be desired. Let’s take the Temperature.

Not much is hot for the Raptors following Game 2. They had a fantastic Game 1, with efficient nights from Kawhi Leonard and Pascal Siakam, but Game 2 highlighted problems that have been creeping up. Can the Raptors afford to have only one starter on the floor? Should Marc Gasol be matching up with Joel Embiid? Will Nick Nurse use a tenth man?

There are more questions than answers this week, which makes it a perfect time to take a Toronto Temperature. But first, I must apologize in advance for Kawhi Leonard making the cut twice in “Who’s Hot” this week. He was both a fun guy and a good basketball player. It’s hard to let that go.

Looking back at clips from Game 1, you can see Leonard’s superior driving ability. On a few plays, when you freeze the clip, you think, well, he can’t get the rim, Jimmy Butler is right in front of him. They’ll probably bang into each other. But no, that’s not how it goes with Kawhi.

On these plays, Leonard either unleashes a deadly spin move or finds an angle he likes and goes for straight for it. It’s something we have seen in Leonard’s game all season. He doesn’t widen his driving angle much at all, and only uses his best hesitation dribbles for special occasions. A minimalist approach.

Where did all the threes go for Kyle Lowry? You might have been thinking that before his fourth quarter explosion in Game 2. Lowry attempted four threes in that fourth quarter, which is more attempts from deep than he has had in any other quarter this playoffs. Some of that reluctance to shoot is Kawhi Leonard and Pascal Siakam picking up the slack, but some of it is simply Lowry turning down good shots.

And as we know, threes are important for Lowry. Consider his two back-breaking threes in the final minutes of Game 2, and how good those shots were considering the circumstances. His first made three came with the Raptors down seven points, and only two minutes left in the game. Nick Nurse drew up a play for Kawhi Leonard going downhill, but Philadelphia packed the paint, and sagged off shooters. The ball swung to Pascal Siakam who drove once more, and passed it out to Lowry. Lowry found a little bit of space for the release with Jimmy Butler’s back turned to the play, and bang, through the net. Raptors stuck four.

Then, on the next possession, with the Raptors now down six, Leonard pushed the ball up the court, driving left. When the defense collapsed on Leonard, Butler was left to guard both Siakam in the corner and Lowry at the elbow. When Leonard drew for the pass, Butler darted towards Siakam (the disrespect!), leaving Lowry wide open for three. Another make. Raptors stuck three with 1:37 to play.

The magnitude of those shots, and Lowry shooting them without hesitation (which is not always the case) is great sign for the Raptors moving forward in the playoffs.

Kawhi Leonard had a lot of standout moments on the court this week, such as his 45-point masterpiece in Game 1. But Leonard was also bringing it off the court, doing some pretty fun things.

After the Raptors Game 1 win, Leonard talked with Ros Gold-Onwude on the TNT feed. For the first question of the interview, Gold-Onwude asked Kawhi about his superior shot-making. And for her second question…well there was no second question. “Okay, thank you Kawhi, we’ve got to go”, she said. Kawhi smirked, then looked a little disappointed, and finally walked away with levity. “Oh, alright, that was great”, he said smiling. Prompted for another question? “No, I’m good, I’m good with one”. It was Fun Guy Kawhi Night at Scotiabank Arena.

Matching Up With Joel Embiid

An adjustment for Nick Nurse to make in Game 3 would be to match up Marc Gasol’s minutes with Joel Embiid’s minutes. It would require a different substitution pattern for Gasol, because Embiid only plays in short stints (usually six minutes at a time). But the benefits would be great. There isn’t a player in the playoffs right now better equipped to guard Embiid than Gasol.

The other option is to let Serge Ibaka try to guard Embiid, but that gone poorly so far this series. In 26 minutes with Serge Ibaka and Joel Embiid sharing the court, the Raptors are a -28 (credit to Zach Lowe for the stat).

With the series tied 1-1, and the Raptors playing on the road in Philadelphia for Game 3, it is hard to afford any time with Ibaka matched up against Embiid. Gasol should be getting the bulk of that assignment. And additionally for the Raptors, giving Ibaka some minutes with Kyle Lowry and the other starters isn’t so bad. That lineup — the starters with Ibaka — logged more minutes together than any other lineup during the regular season. I’m not sure exactly what Nick Nurse will do in Game 3, but one could imagine he will make a few tweaks to his centre rotation.

This has not been the best three-week stretch for Fred VanVleet. He was physically outmatched in the Orlando series — often with Michael Carter-Williams going up against him — and it doesn’t appear any easier in the Philadelphia series.

In Game 2, VanVleet turned in his quietest game of the playoffs, finishing with zero points, zero assists, and a team low -18 in 18 minutes (the most minutes for a Raptors player off the bench). It’s not great, and while he has been a key contributor for the Raptors before — closing out many games for the Raptors last season — Nick Nurse may need to look in other directions.

To my eye, Norman Powell has been the more consistent playoff performer, and is someone who can spell some of VanVleet’s minutes. Besides that, VanVleet is a better player off the ball, and should be featured as such. In Game 2, VanVleet only attempted two shots from beyond the arc, which is to low for him — a career 39.4% three-point shooter. Fire away Fred!

Looking Down the Bench

Since the Raptors have been clingy to their current nine-man rotation, it feels like a good exercise to look down the roster and see what players might fit into a playoff series. Who would be the 10th man that Nick Nurse uses versus Philadelphia?

Since the Raptors are deep on guards (Fred VanVleet, Jodie Meeks, Norman Powell, Jeremy Lin), one would expect the tenth man to be a forward, and someone who could slide into the OG Anunoby role. Malcolm Miller and Chris Boucher come to mind. Miller is an intriguing option for his low usage shooting and stellar defense, but Nurse favoured other players during garbage time down the stretch of the regular season, so it doesn’t seem likely that he will play. Boucher is intriguing as an energy spark off the bench, but it doesn’t look like he will play either as he has drawn multiple inactives and is dealing with back spasms.

The bet, it would seem, is that Patrick McCaw gets some run in this series. He is not a traditional forward, standing at 6’7 and weighing 185 pounds, but he is quick and wiry strong. He might be able to guard some bigger players like Jimmy Butler, James Ennis III, or J.J. Redick. There is also a trust factor with McCaw, as he received some rotation minutes from Nurse down the stretch of the regular season.