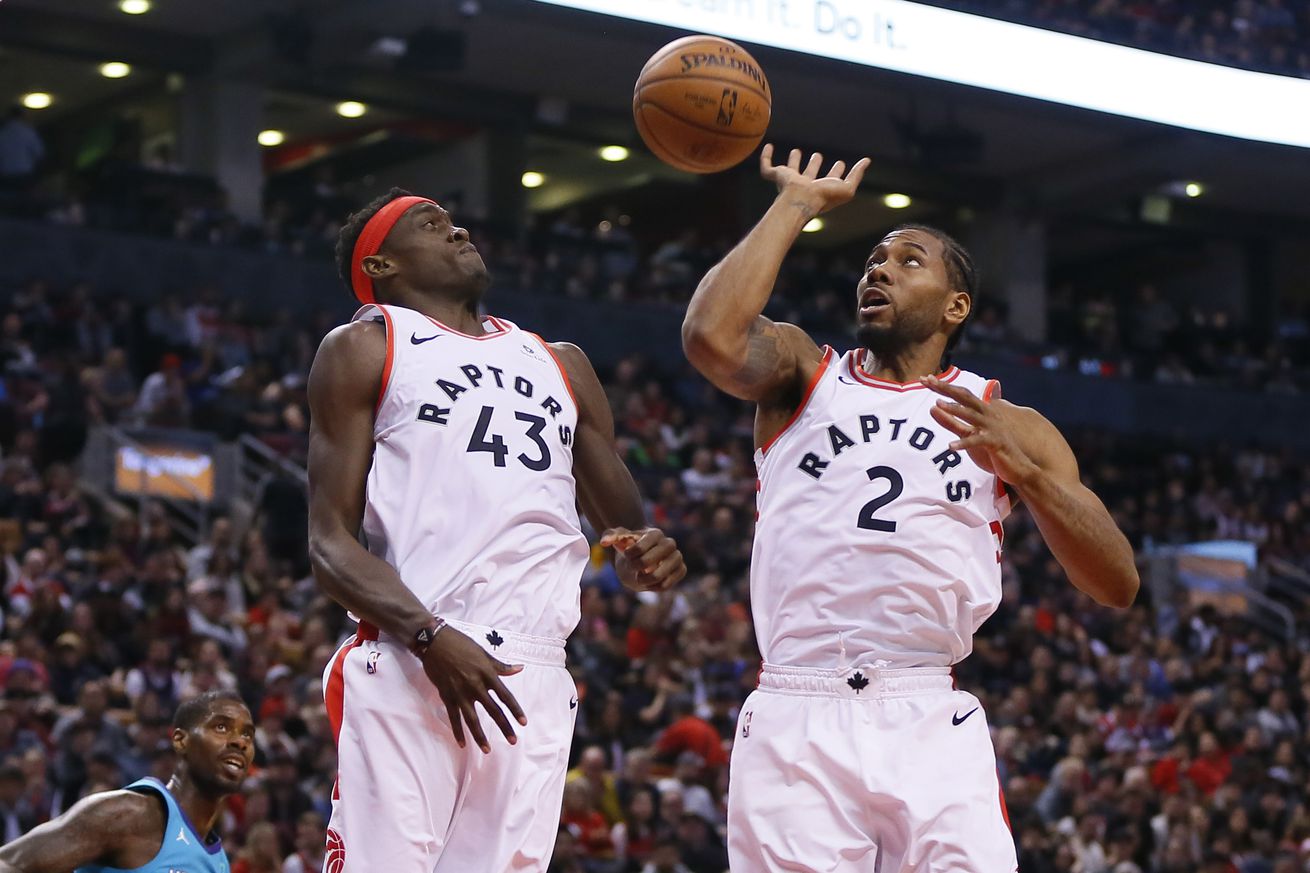 Everyone is feeling good after Kawhi Leonard’s buzzer-beater ended Philladelphia’s season. But there are bigger goals now, starting with Milwaukee. Let’s take the temperature.

Here we are. The Eastern Conference Finals start tonight! The stakes are a little higher. Kyle Lowry and the Raptors, for the second time in franchise history, are four wins away from their first NBA Finals appearance. As you could imagine, that makes for a pretty hot temperature, which is highlighted this week by Kawhi Leonard’s buzzer-beater, an underdog mentality, and compelling matchups on the wing.

There is no need to waste time. Game 1 tips-off in less than six hours so let’s get right to it and take the Toronto Temperature!

The Raptors play the Bucks tonight in Game 1 of the Eastern Conference Finals but somehow the shot — and you know what I’m talking about — is still with us. Kawhi Leonard’s buzzer-beater to walk off the Sixers was joyous for many reasons. Now, some things that made it extra special:

It was the first ever series-winning shot in a Game 7. Crazy.

Defensive Matchups on the Wing

The Raptors have to feel good about their defensive matchups on the wing. For starters, Pascal Siakam will likely draw the Giannis Antetokounmpo assignment. The matchup data from the regular season — albeit imperfect data and a small sample size — is promising. On 93 possessions where Siakam was the primary defender on Antetokopunmpo, Milwaukee was -1.5 points per 100 possesions worse than their season average points per 100 possessions.

Elsewhere, Kawhi Leonard will likely draw the Khris Middleton assignment. On 107 possessions during the regular season where Leonard was the primary defender on Middleton, Leonard had a deterrent factor of 66.9% on Middleton (i.e. the percentage of a player’s season average field goal attempts per possession that they shot in that matchup). Providing deterrence is not unusual for Leonard. Players appear to get a little gun-shy around the former Defensive Player of the Year.

And finally, Danny Green taking the Nikola Mirotic assignment makes sense on paper. As a wing, Green can get underneath Mirotic and bother him on the perimeter, while still having the strength to bang down low. The Raptors, in those three matchups, offer a nice blend of strength and speed to combat Milwaukee’s attack.

There is a certain comfort in being the underdog. In anticipation of the Eastern Conference Finals tonight, many outlets have picked to come out on top, often going with Bucks in 6 or Bucks in 7. Not many have taken the Raptors.

The optimism surrounding the Bucks is understandable. Milwaukee had the best net rating in the league during the regular season and have cruised through the playoffs so far. They have Giannis Antetokounmpo — the likely MVP — along with talented role players who do simple things well.

But the Raptors, still, can feel alright. They are the more experienced team, with Marc Gasol, Kawhi Leonard, and Kyle Lowry — at their respective ages — all performing some forms of basketball wizardry. The hope for this series is that the Raptors can, on the fly, find scheme and rotation solutions faster than the Bucks. Oh, so Giannis Antetokounmpo is sagging off Pascal Siakam in the corner? Well, let’s run him through some actions then. Oh, Malcolm Brogdon is guarding Kawhi Leonard? Okay, then we will establish Leonard in the high post.

The Bucks have preferred way of doing things. The Raptors don’t. Whether that flexibility for the Raptors proves fruitful, we have yet to see.

The Raptors three-point shooting will be a key to this series, no doubt. They have struggled so far these playoffs, having shot 32.7 percent from deep on 32.6 attempts per game. Will Marc Gasol take more than the 3.4 attempts he is currently averaging from deep? Can Fred VanVleet get it going? What about Kyle Lowry? Game 1 will be informative.

Going up against Philadelphia was a big test for Pascal Siakam. He injured his calf (and presumably his hamstring) in Game 3, and it hampered him for the rest of the series. His rim attacks weren’t quite as sharp, and when Joel Embiid — a Defensive Player of the Year candidate — finally started guarding Siakam, the opportunity was limited.

In Game 7, Siakam only took 11 shots — his lowest number of attempts in these playoffs. Against Milwaukee, the Raptors will need Siakam to take more shots. He is too crucial to their success. He had the Raptors third best net rating during the regular season at +10.7 points per 100 possessions — just behind Danny Green and Marc Gasol.

If Kyle Lowry and Marc Gasol settle into lower usage offensive roles this series, there will be an opportunity for Siakam to get back to his regular, microwave-scoring self.

Milwaukee must have something against Toronto. They sure do like to employ Raptors killers. They feature George Hill and Ersan Ilyasova. None of them are classic Raptor killers like Gerald Henderson and Joe Johnson, but they have had their moments. Hill, in two playoff series versus the Raptors — one with Cleveland last season and one with Indiana in 2017 — has provided stellar defence and efficient scoring. Ilyasova, on the other hand, has averaged 13.3 points on 50.6 percent shooting in 17 games against the Raptors since the 2011-2012 season.

All of this to say, the Bucks bench is performing at a very high level. They have scored 330 points in nine playoff games. The Raptors bench, however, has only scored 259 points in 12 playoff games. That’s not good enough. Can Fred VanVleet knock down some threes? Does Nick Nurse trust Norman Powell? We shall see.