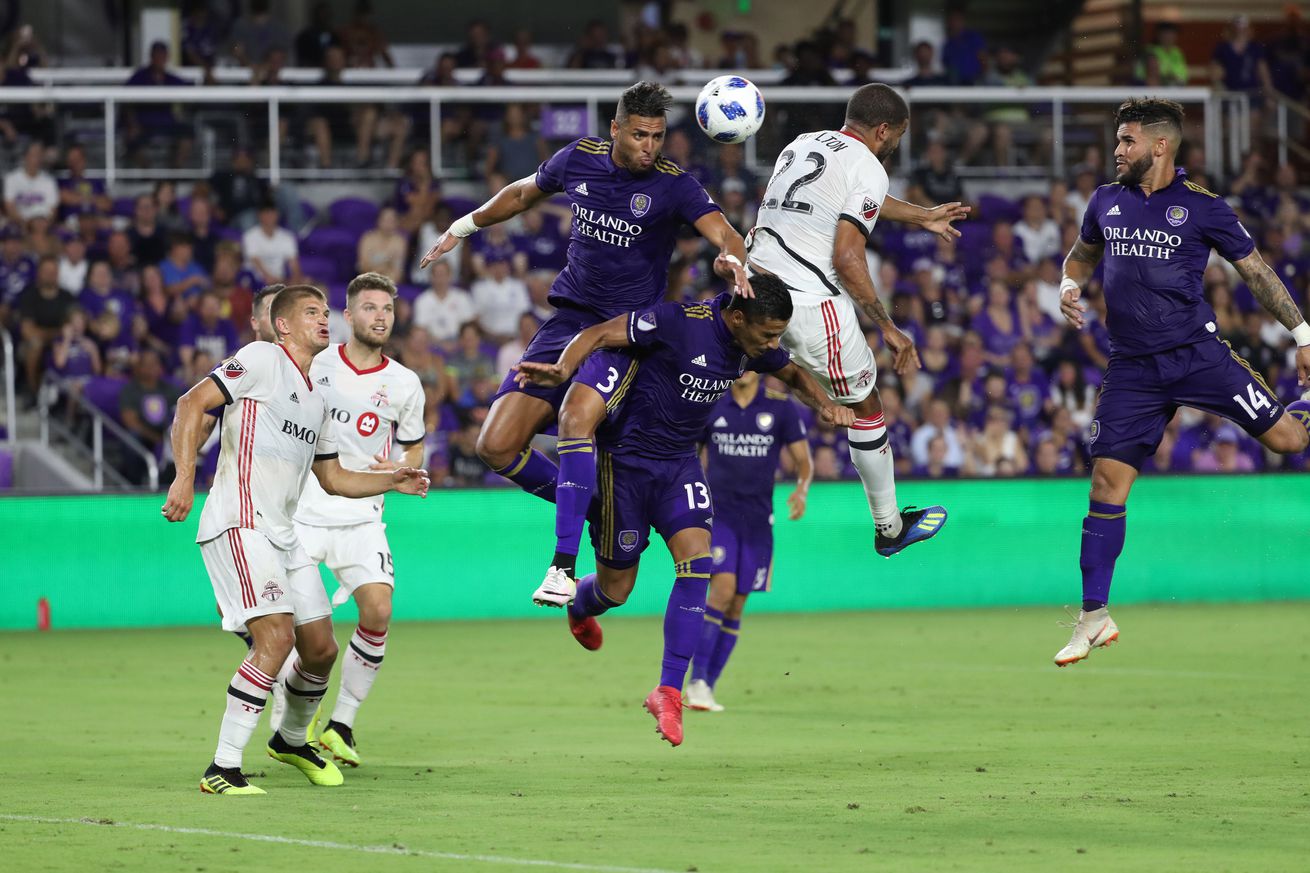 Can the Reds get back to business down in Orlando?

37’ – It has been all Orlando as of late as they have been attacking TFC in waves. Chris Mavinga has made a few vital interventions to keep Toronto level, but Toronto needs to take care of the ball far better.

30’ – Westberg with his first truly massive stop for Orlando to keep it 0-0 on ex-Toronto FC player Will Johnson. The first real chance of the game. Orlando looking to be growing into things right now.

19’ – Toronto FC’s first chance as Auro finds Jonathan Osorio in the box. Nice play from both of them but not enough to really trouble Brian Rowe.

8’ – Good start for Toronto FC who are moving the ball well and look up for this match. Still nothing in the way of chances but they look solid enough.

Ciman is the only change for #TFCLive. Westberg keeps his spot. pic.twitter.com/S95tCkJ3xk

And so begins May madness for Toronto FC. Over a 15 day stretch, Toronto FC will play five games, starting today against Orlando City SC in Orlando.

They round out that stretch with games against Atlanta United, Philadelphia, D.C. United and Real Salt Lake. Considering that stretch includes home dates against the current top two sides in the Eastern Conference, starting it well is incredibly important.

Orlando City have been pretty much the definition of mediocrity this season with a 3-3-3 record and a middling 13 goals scored and 14 conceded. They currently sit sixth in the conference, one point behind Toronto with two more games played.

There, are, however, some familiar faces wearing purple this year. Issey Nakaj…. wait sorry wrong purple team. Orlando’s big signing this offseason is a 32-year-old Nani, he of Manchester United and Portugal fame.

Much like Toronto’s own Alejandro Pozuelo, Nani has hit the ground running in MLS with 5 goals and 4 assists in nine appearances. All five of those goals have come in his last four games. Canadian international Tesho Akindele also joined Orlando this summer from FC Dallas and has played quite well, perhaps getting himself back into the national team conversation.

For Toronto FC, there are two sizeable questions going into this match. The first is what they do up front after Jordan Hamilton struggled as a lone striker against the Portland Timbers. Do they try someone else in that spot, or do they give Hamilton some help in the form of Ayo Akinola or Terrence Boyd?

The other is between the sticks. Does Greg Vanney elect to start Quentin Westberg, who has been solid enough, but has yet to pick up a win, or Alex Bono who has continued his struggles this season? Either way, both will likely get plenty of opportunity during this heavy stretch of games.

One other interesting note — should Greg Vanney give a start to Richie Laryea? The former Orlando City SC midfielder has looked pretty good as a fullback this season and with the number of times TFC have been haunted by former players, they might as well try to give Orlando a taste of that medicine.

Toronto FC will once again will be without Jozy Altidore and Drew Moor for a various hamstring related reasons. This stretch as a whole, though, is likely to see plenty of squad rotation and maybe a first look at some players we haven’t seen much yet this year.

Because Charlie always posts a song at the end of his previews I have decided to do so as well. Here is a live performance of Old Town Road because I know for a fact it will tick off Charlie but he left for Europe and now I have to do this game thread. (I am in charge while Charlie is gone and 100% approve of this choice of song. — Benedict Rhodes)

Toronto FC: Jozy Altidore (hamstring) could be back next week, Drew Moor (calf issue) is unlikely.