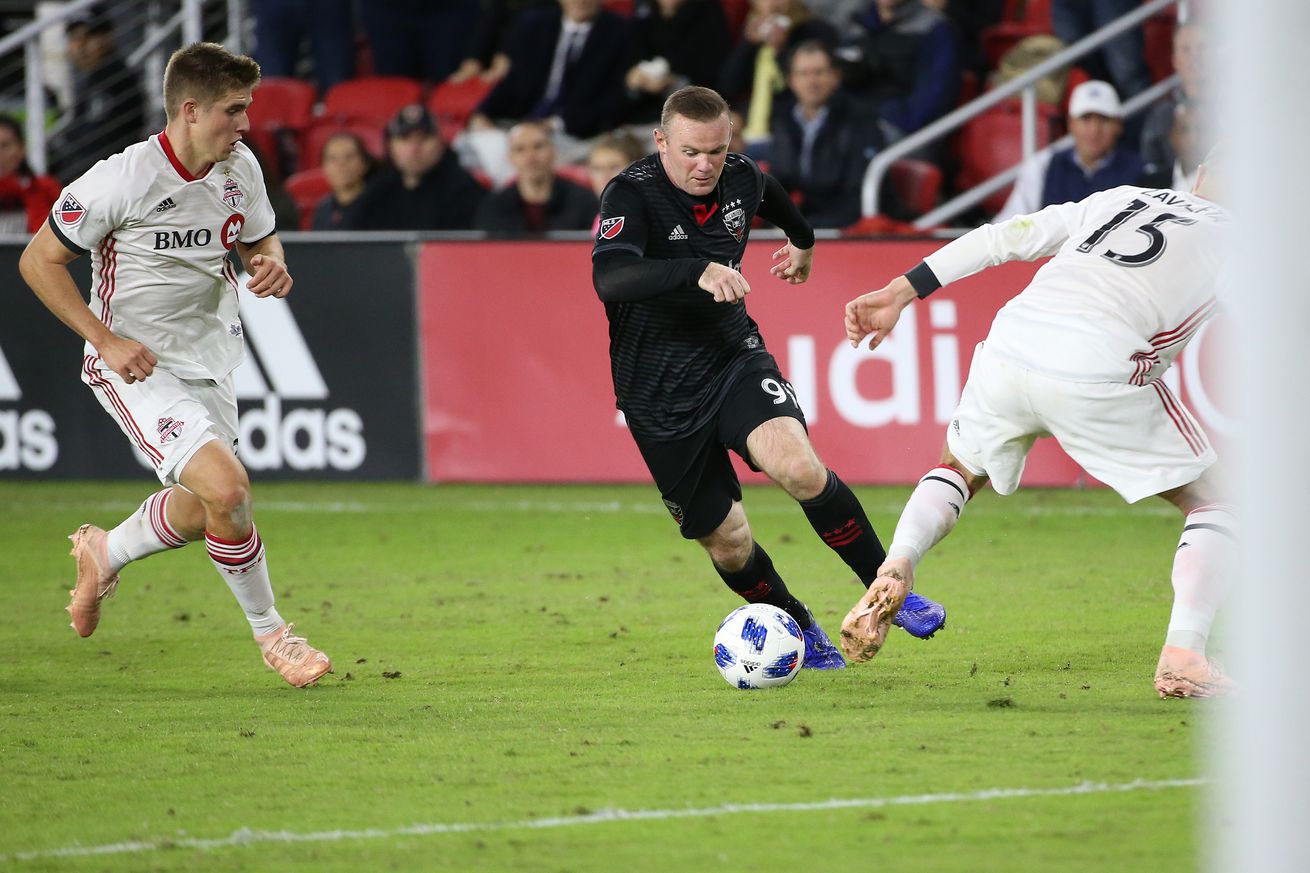 Wayne Rooney makes his first trip north of the border

In case you haven’t heard, there is another football legend rolling into town on Wednesday night, as Luciano Acosta and D.C. United are at BMO Field to play Toronto FC. Oh yeah, and that other fella Wayne Rooney.

One of the biggest names in Major League Soccer, Manchester United and England legend Rooney is making his first trip to BMO Field as a member of D.C. United.

The Black-and-Red are currently second in the Eastern Conference, trailing the Philadelphia Union on goal difference. Both teams won by a single goal on the weekend, as Philadelphia won 2-1 here in Toronto, and D.C. were victorious 1-0 over Sporting Kansas City.

The aforementioned Wayne Rooney leads D.C. with six goals in 11 games played, good for 4th place in the league. He is also toward the top of the assists leaderboard, with 4. Toronto FC’s Alejandro Pozuelo leads that category with 6 assists in 8 games played.

Toronto FC have lost their last two matches, and will be looking for some points in this one. They are in the middle of a crucial part in their season, and are four games into a 5 games in 15 days stretch, which ends on Saturday in Salt Lake.

Another storyline in this match: Nick DeLeon is playing against his former club for the first time. Before coming to Toronto, he spent his entire professional career with D.C., playing over 200 times between 2012 and 2018.

Last time out I said “at least I spared you from another Old Town Road cover, like I had planned originally.” Well… this time you aren’t as lucky.

I can’t decide which song is best for this game thread, so while you listen to this mashup of Country Roads and Old Town Road, drop some song recommendations for your fellow readers in the comment section below.