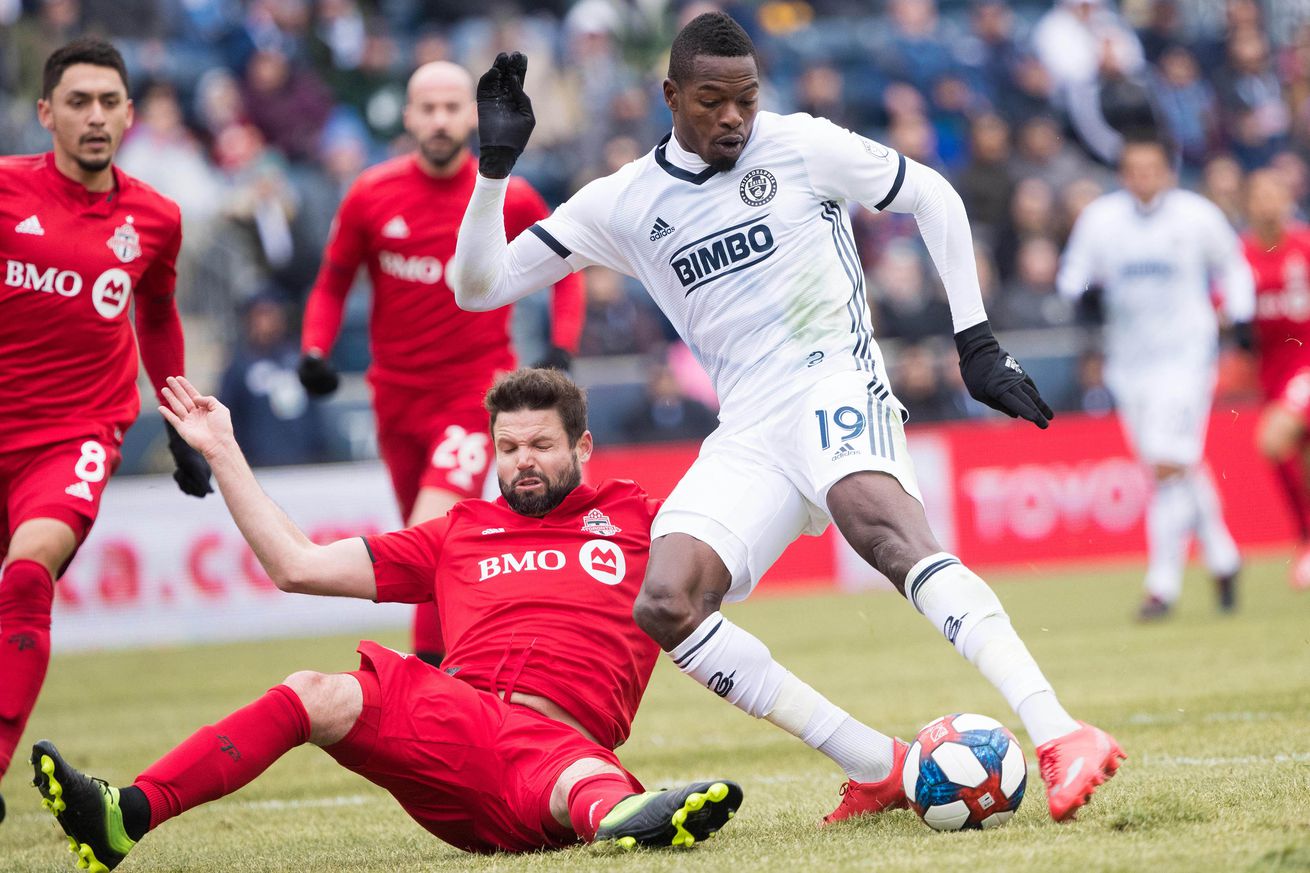 A rematch of the season opener

Toronto FC are back at BMO Field on Saturday afternoon to take on the Eastern Conference-leading Philadelphia Union.

Just four points back of the Union with two games in hand, this is a great opportunity for TFC to get within one point of first place. The Reds also host second-place D.C. United on Wednesday, so picking up a pair of wins would see them jump a couple places in the standings.

On March 2nd, Toronto FC opened their season in Philadelphia, picking up a 3-1 victory thanks in large part to Michael Bradley’s two-goal effort. Since then, Toronto FC have of course signed Alejandro Pozuelo, so Philadelphia will have to set up their gameplan differently than they did just over two months ago.

Luckily for TFC, it looks like both Jozy Altidore and Drew Moor are available to play in this one, but whether or not they play, or perhaps even start, remains to be seen.

For today’s game thread song, I’ve gone with one of my favourite songs ever, and one that is somewhat applicable, Our House by Madness. Think of “our house” as BMO Field: “Our house, it has a crowd, There’s always something happening, And it’s usually quite loud”

Takes a stretch of the imagination, but at least I spared you from another Old Town Road cover, like I had planned originally.