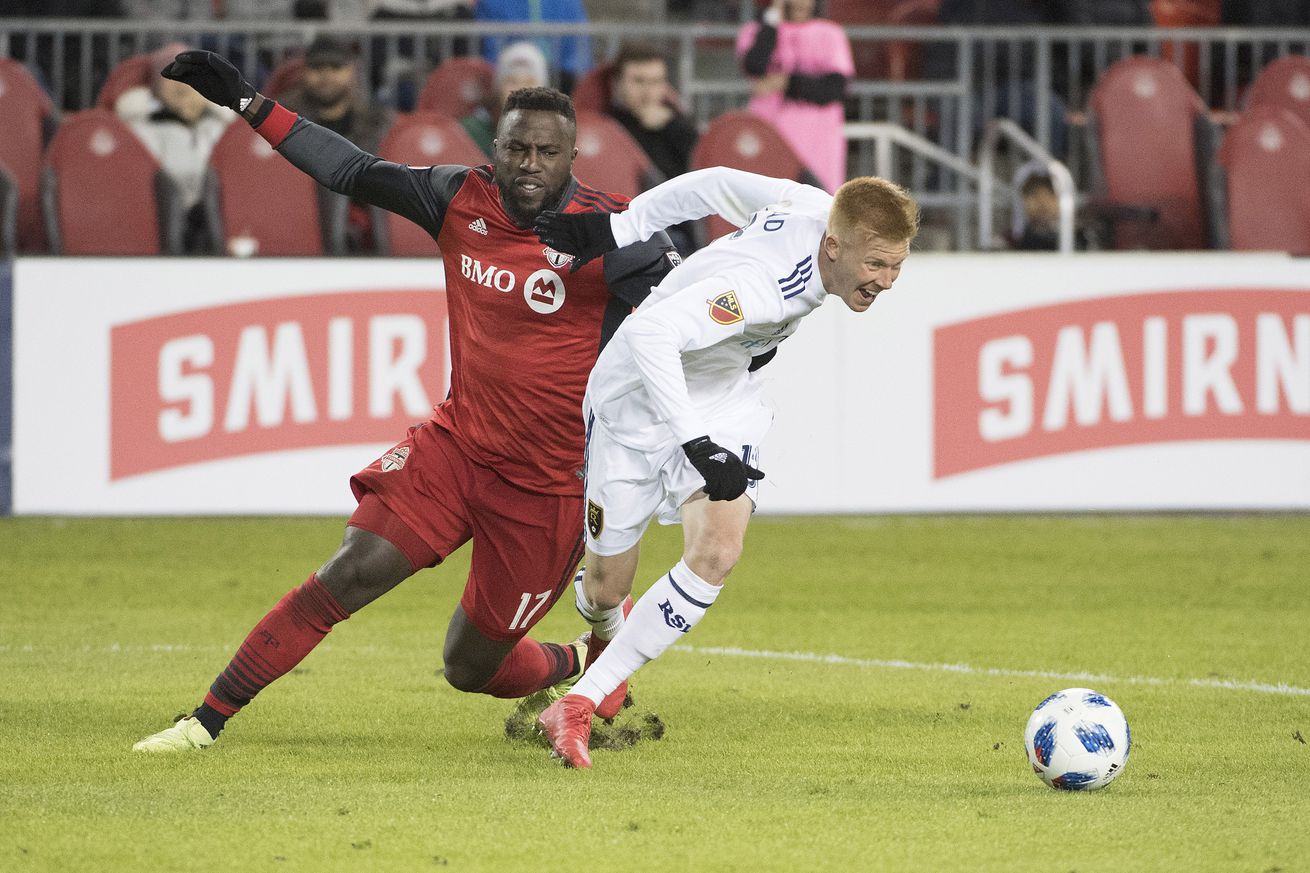 The Reds hit the road

On Saturday afternoon, Toronto FC are in Sandy, Utah for a match with Real Salt Lake at Rio Tinto Stadium.

The final game of their busy 5 games in 15 days stretch, this will be a good test of just how good Toronto FC really are.

Both sides have played 11 games thus far, and are both in the playoff picture in their respective conferences. TFC are in sixth in the East with 17 points (5-2-4), while Real Salt Lake are in seventh in the West with 13 (4-1-6).

As I’m sure you’ve heard, TFC set a new record for most shots without a goal (35), as they drew 0-0 with Wayne Rooney & Co. They were by far the better side, but were unable to find a goal, despite a pretty solid effort.

Defensively, they were much better than in previous games, as the trio of Drew Moor, Chris Mavinga and Eriq Zavaleta were all impressive on the night. Alongside someone with the leadership and organizational abilities of Drew Moor, Eriq Zavaleta played an excellent game, and in my opinion was one of the better players on the pitch. That performance hopefully boosted his confidence and prepared him for another start on Saturday, as both Laurent Ciman and Chris Mavinga didn’t travel due to injury.

Ahead of the game, I spoke to Lucas Muller of SB Nation’s Real Salt Lake blog, RSL Soapbox. That article is here.

And as this is the fifth and final game thread while Charlie is away, and I’m sure he’s disappointed at us using Old Town Road for 3/4 game thread songs so far, I thought I’d do something a bit different instead.

Update from The Sun’s Steve Buffery