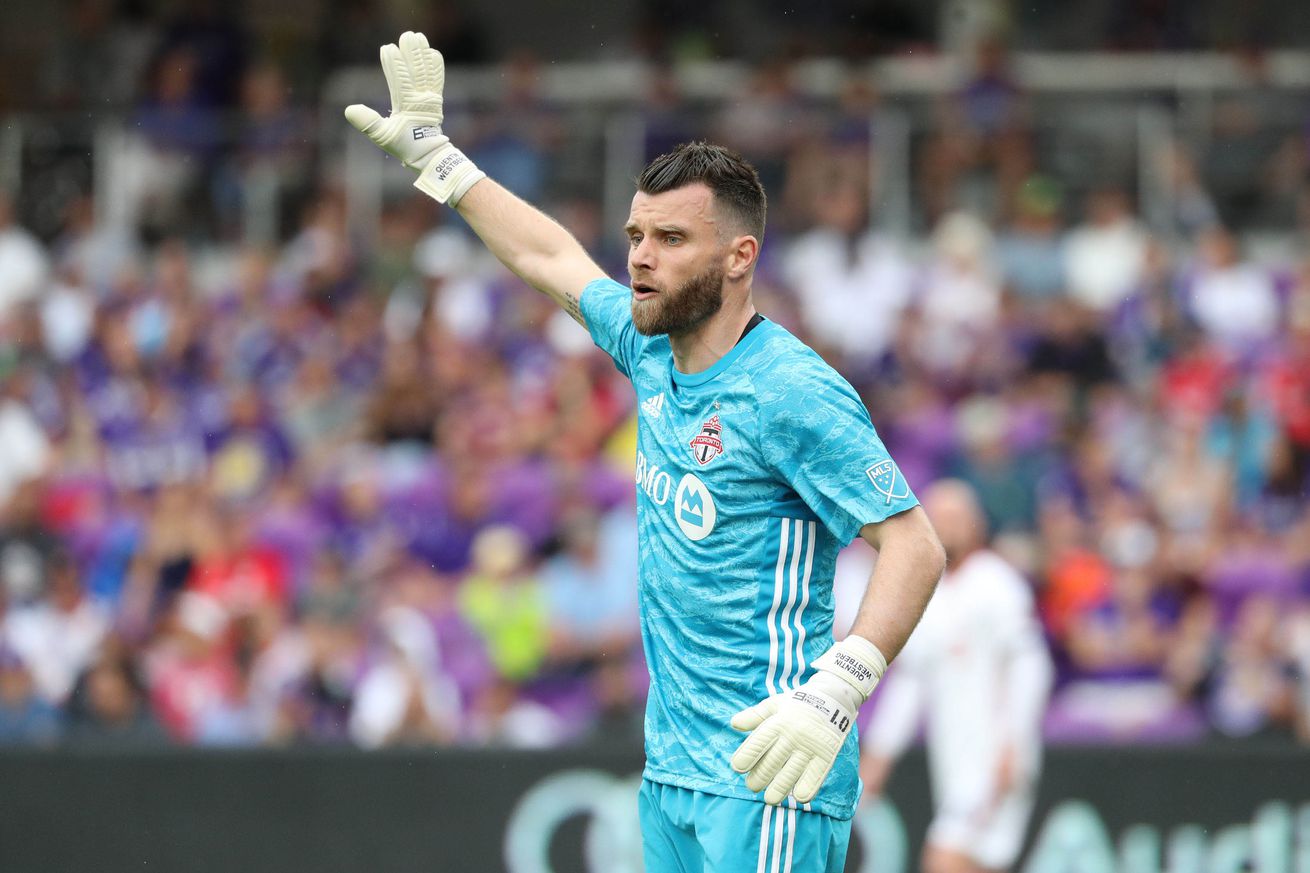 Plus Jay Chapman’s solid start to the season, Mavinga and more

Welcome to a new weekly column here at Waking the Red where Mitchell Tierney expresses his thoughts on Toronto FC and Canadian soccer in general. After group-thinking a bunch of names, some unprintable, other that would get us sued and some that were just plain bad, we have settled on calling this “Mitch Invasion”.

When he was brought in during the offseason, Quentin Westberg’s role seemed to be to push Alex Bono back to his 2017 form. After Saturday’s win over Orlando City SC, it seems like he’s pushed Bono out of the way.

With 5 games in 15 days, this story is far from over and Bono will certainly get his chance to respond. But Saturday was easily the most complete performance from a Toronto FC keeper this year.

In his first win and clean sheet for Toronto FC, the man they call Q made several key saves. He also looked poised throughout, even when the backline in front of him had their usual shaky moments.

Bono hasn’t been nearly as poor as the eye test would suggest this year. In fact, his GA-xGA (a stat that measures how many more goals a keeper has allowed than would be expected) is a respectable tenth in MLS. This suggests that at least a few of the eight goals he has allowed this season have been beyond his control.

However, his mistakes this year have been clear for all to see, and behind a struggling backline those errors only get amplified. Westberg just looks far more composed right now and that stability is what Toronto needs at the minute.

That includes, crucially, when he has the ball at his feet. For a team like Toronto FC that plays such a possession-heavy game, having a goalkeeper who can both provide and outlet and distribution is an important asset. His pass success percentage is 72.2, compared to Bono’s 60 per cent per Who Scored.

One of the complaints of Greg Vanney’s in recent weeks has been the team’s struggles to use, and identify, players out wide. That certainly isn’t the case with Westberg, who has proven an ability to springboard attacks by playing accurate long balls out wide.

At the start of the year Greg Vanney gave this quote to Sportsnet’s John Molinaro about Jay Chapman.

“For Jay, he’s not a young player anymore, so he has to establish himself this year as one of the primary guys.”

He’s right. At 25, Chapman is in the prime years of his career, and needs to force himself into Toronto’s long-term plans. So far, so good this year, as the Canadian already has two goals and two assists this season. He has appeared in all but one of TFC’s games.

Last season, Chapman had a very respectable 0.52 xG+xA per 96 per American Soccer Analysis, only a fraction less than Victor Vazquez, meaning he created a lot of chances. This year, however, he has been finishing those chances as well, while still creating at the same rate.

He has become Greg Vanney’s first man off the bench this year, and for good reason. When the team is fully healthy it is still unlikely he wins a starting role, but if he keeps playing like this it is going to be hard to keep him off the field.

Toronto FC still looks vulnerable when being attacked out wide

There is reason to be cautiously optimistic about the direction that Toronto FC’s backline is heading. They have been better in almost every conceivable metric than last season in terms of limiting shots and chances. To be fair, being better than a historically bad season isn’t a high bar, but progress is progress.

With that being said, while Toronto FC have cleaned up some parts of their defensive shape, they still look incredibly vulnerable when being attacked from the flanks. They know this, and their opponents know it now too.

After allowing 18 shots attempts, and 1.21 xG, Toronto were lucky (or bailed out by Westberg and Chris Mavinga) not to have conceded. Looking at where Orlando City’s key passes (passes that lead to a shot) came from, it’s easy to see their attacking strategy. Almost everything was created from wide areas.

As Oliver Platt explained in an article last month, bringing in the winger Toronto FC covets could actually help solve this issue. But with the transfer window closing today it looks like they might have to figure out a solution internally.

The Canadian men’s under-17 squad are off to the knockout rounds at the Concacaf U-17 Championship largely thanks to two of Toronto FC’s top prospects.

Forward Jacen Russell-Rowe scored what might be the goal of the tournament against the United States to put Canada up 2-0. Unfortunately, because teams that wear maple leafs are notoriously bad at holding leads the match ended 3-2 for the United States. He also scored in a 4-0 win over Barbados.

#TFCLive prospect Jacen Russell-Rowe has #CanM17 up 2-0 against #USM17 25 minutes into their World Cup qualifier. Russell-Rowe one of the standouts at the GA Cup. pic.twitter.com/wUxKclRCHg

The name that Toronto FC fans should remember most though is Jayden Nelson. The winger has been turning heads all year with the academy, and scored a hattrick in a 4-2 win over Guatemala.

Both because of his elite level of speed and skill, and the fact that he plays as a winger, Nelson may well be a player that we see sign a first team contract sooner rather than later. He has proven during this tournament that the hype surrounding him is for a reason.