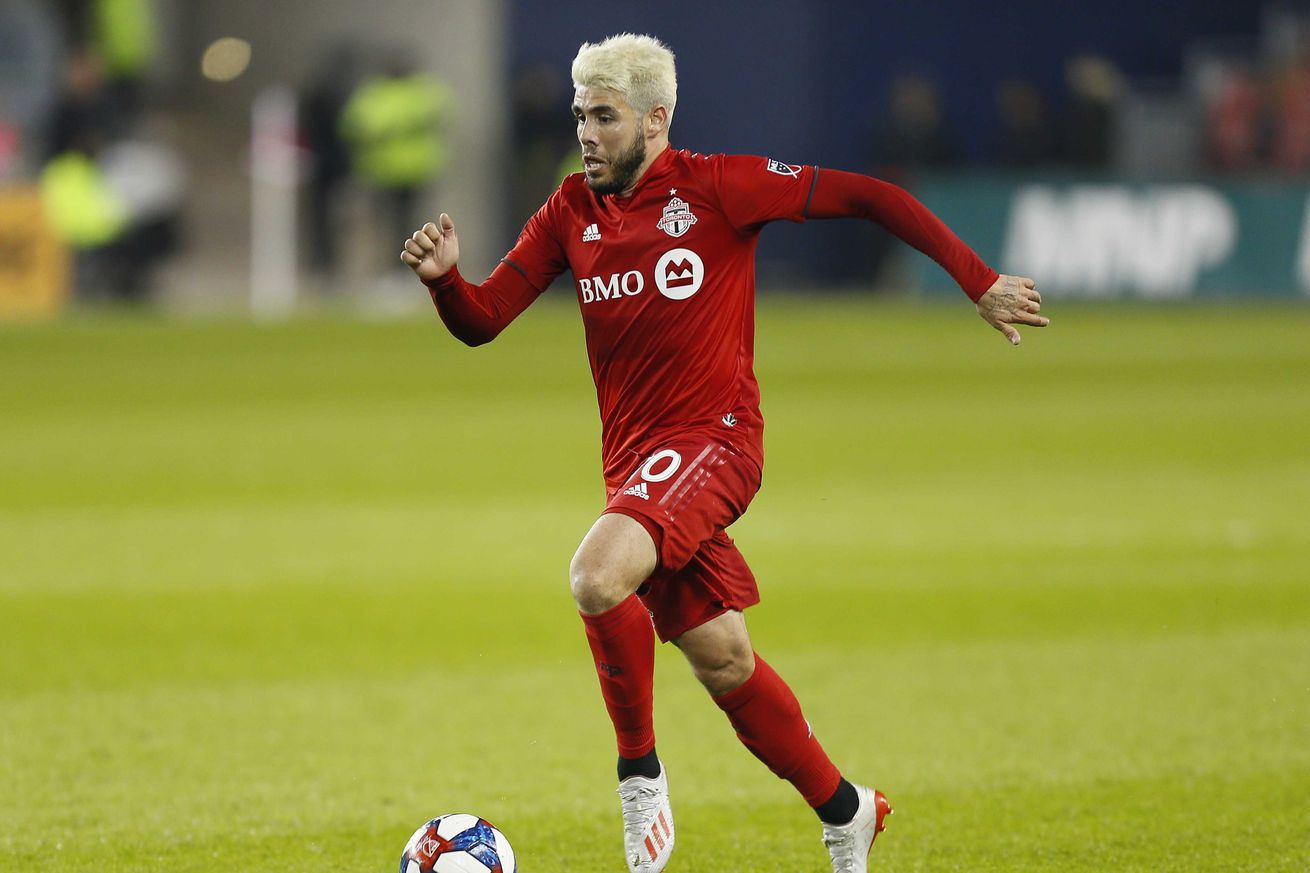 Plus more thought’s from a frustrating night against D.C. United

It was hard not to think of MLS Cup 2016 as Toronto FC bent, but did not break, D.C. United on Wednesday at BMO Field. The big revelation from that match three years ago? Toronto FC were missing a piece, as Victor Vazquez was brought in to help unlock defensive blocks in 2017.

This Toronto team has their Vazquez, as Alejandro Pozuelo has filled his compatriots shoes seamlessly. What they are missing now is their Sebastian Giovinco.

Evidently, Toronto FC aren’t going to sign a like-for-like replacement, but clearly need another creative force in their attack. Greg Vanney said as much in his press conference after the match. This issue is all the more obvious with Jozy Altidore out of the lineup, which, as Waking the Red’s resident doctor (we have a lot of blog-related injuries, it’s mostly Charlie’s fault) Tej Sahota says, could continue to be often.

Of Toronto FC’s 22 goals this season, only five have been scored without Altidore, Pozuelo or Jonathan Osorio either scoring or assisting. Considering TFC have played six of 11 games this season without at least one of those players, that is even more concerning.

The numbers suggest Toronto has been very lucky to score that many, as they only have 12.7 expected goals this season (chips from the top of the box do not have a high xG). We’ve seen that start to correct itself over the last few games.

It was pretty clear from minute two (after they scored a goal that was correctly ruled offside in the opening minute) that D.C.’s plan on the day was not to play offensive soccer. With that being said, they are still one of the top offensive teams in the conference, so being held to just 0.14 expected goals over the course of 90 minutes was very impressive from TFC.

Even when the big boys, Wayne Rooney, Luciano Acosta and Paul Arriola checked in for the second half D.C. had little to nothing going forward. That’s largely because Toronto FC were putting out attacks quickly and at the source.

When they lost they ball, Toronto were proactive in either hunting it down or putting pressure on D.C. players so they could not pick out a pass up field. Micheal Bradley was central to this, as the graphic shows below, and was particularly important in putting out fires on the wings.

Out wide is where Toronto has looked most vulnerable this season. As their defensive actions chart shows from the D.C. game, that is where they focused on shutting down attacks the most. It culminated in the best defensive performance of the season for TFC.

Canadian National Team back line getting an MLS boost

John Herdman has a lot of questions to answer when it comes to picking a starting eleven at this summer’s Gold Cup. The most pressing, however, remains who will play on a back line that is very thin talent wise compared to the rest of the roster.

The start of the MLS season, however, has brought some hope in that regard for national team fans. Doneil Henry, finally healthy for a stretch of games, has been the catalyst behind a Vancouver Whitecaps team who have allowed just six goals in their last seven games.

Meanwhile in Montreal, 20-year-old Zachary Brault-Guillard, on loan from Lyon in France, has started four of the last five games. He is now the clear front-runner to start at right back at this summer’s tournament.

As a side-note, Herdman has submitted his 40 man roster for the Gold Cup, which is expected to be announced on Monday. Canada will reportedly play Trinidad & Tobago in pre-Gold Cup friendly, where Herdman will have a final chance to evaluate his squad.