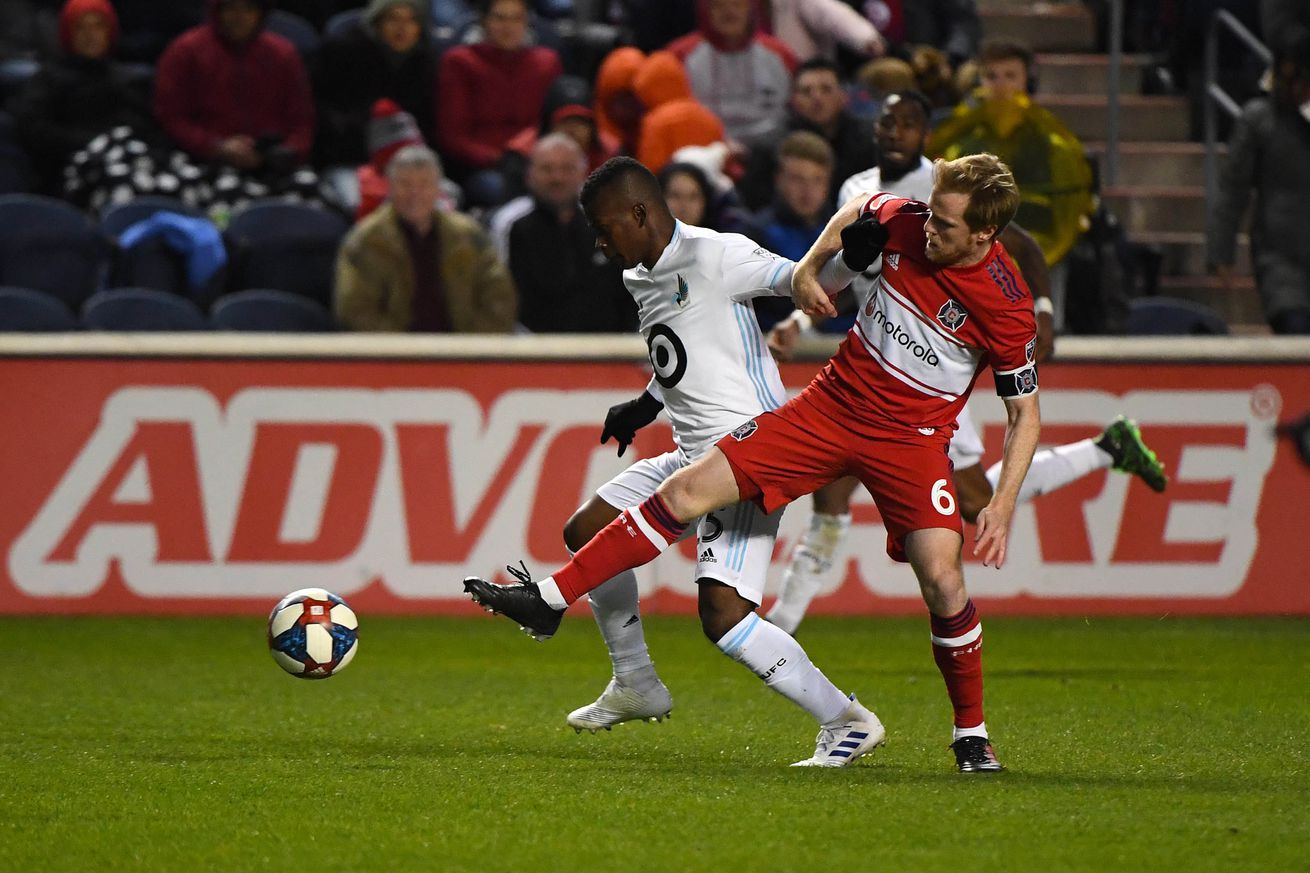 This week was a rough one for Toronto FC. That paired with the English Premier League wrapping up, you may have missed out on some Major League Soccer games. No worries, I’ve got you covered. Here’s how this week’s matches went down.

The LA Galaxy hit a rough patch this week. First, they lost to the Columbus Crew. Columbus controlled the game, scoring three goals before the Galaxy found the net. The first was from Gyasi Zardes (27’). Then came Federico Higuain’s goal at 53’. Hector Jimenez scored the third goal for Columbus at 66’. Daniel Steres attempted to revive his team with a goal at 87’, but the effort was futile.

The Montreal Impact bounced back this week, taking down the New York Red Bulls. The Red Bulls struck first with a mid-second half goal from Aaron Long (36’). That would be all they’d get. Montreal controlled the second half, netting two. The first from Zakaria Diallo at 64’ and another from Maximiliano Urruti at 79’ on a penalty shot.

The Chicago Fire are back, guys. They shut out the New England Revolution early this week, finding their groove again. Nemanja Nikolic had two goals, the first of the match at 28’ and another at 40’. Brandt Bronico struck next at 78’. Nicolas Gaitan kept the momentum going with his goal at 85’, while Przemysław Frankowski finished it off at 89’.

Through the ‘keeper’s legs for his first Fire finish ☝️

The Portland Timbers couldn’t find the back of the net when they faced off against West Coast rivals, the Vancouver Whitecaps. Somehow, none of the 27 shots the Timbers put on net found their way in. Fredy Montero gave the Whitecaps an early lead with his goal at the 9’ mark that they were able to maintain for the rest of the match.

The Timbers killer.@_fredymontero opens the scoring.

I’m sure we can celebrate a Montreal Impact loss, especially when it comes with a revival of the expansion team. FC Cincinnati needed a win and they hit the pitch knowing it. First, Allan Cruz got them on the board early at 7’. Fatai Alashe brought their lead to two with a goal at 62’. Montreal’s Orji Okwonkwo scored at 75’, but the game was over.

ICYMI: Allan Cruz opened the scoring for #FCCincy followed by @FataiPrince27‘s first goal of the season for all three points. pic.twitter.com/n3KaijAtDy

The New York Red Bulls were hot this week! They took down FC Dallas by two goals. Cristian Sleiker Casseres Yepes got them on the board early with a goal at 12’. FC Dallas broke even with a stoppage time goal from Jesus Ferreira (45+2’). The second half belonged to New York, though. Sean Nealis scored at 58’, while Brian White sealed the deal at 85’.

NYC FC shut out the LA Galaxy. Heber Araujo dos Santos struck first at 44’. Maximiliano Moralez struck again in stoppage time (45+6’) on a penalty shut. They were able to hold the Galaxy off, keeping it 2-0 as the whistle blew.

️ | #NYCFC secures another three points on the road #ForTheCity

The San Jose Earthquakes fell again, this time to the New England Revolution. The Revolution struck early, thanks to a goal from Juan Agudelo at 18’. Cristian Penilla brought the lead to two with a penalty shot goal at 29’. Carles Gil made it 3-0 at 68’. Valeri Qazaishvili got San Jose on the board at 88’, but it was too late.

Columbus Crew didn’t have as good of luck against a Los Angeles team when they faced LAFC. Mark-Anthony Kaye scored at 37’, the only first half goal. The next two would come quick and late. Adama Diomande found the net at 88’, followed by Carlos Vela at 90’.

Minnesota United fell short this week, but at least it wasn’t in front of their home crowd again, right? Nicolas Gaitan struck first at 21’. The last goal of the match would come at 34’ from Aleksander Katai. The Fire brought their winning streak to two in a row.

Give him an inch, he takes a mile. The Magician does it again. #CHIvMIN #cf97 https://t.co/R01Jb3HBJI

Another week, another loss for the Colorado Rapids. Real Salt Lake struck first and second. Albert Rusnak at 25’ on a penalty shot. Corey Baird brought the lead to two with his goal at 27’. Kellyn Acosta scored for Colorado before half time (45+3’). They would open up scoring in the second half as well, thanks to Danny Wilson at 47’. It was all tied up for a few minutes until Sam Johnson regained the lead for Real Salt Lake at 53’.

Inches from doubling the lead. pic.twitter.com/PwYjsng8aP

This game was short and sweet. The Seattle Sounders scored the lone goal of the match early. Cristian Roldan found the net at 5’. The Houston Dynamo couldn’t score and the game stayed at 1-0. To be fair, the one goal was really pretty. Check it out below.

Atlanta United got another win this weekend, beating the rising Orlando City. Gonzalo Nicolas Martinez scored at 14’ and that was all it took. Game over.

First goal in the Star & Stripes for our No. 10

It was an absolute beauty pic.twitter.com/SaK5qHZBPx

Another 1-0 final, this time between D.C. United and Sporting KC. The only goal of the match came pretty late. Paul Arriola found the back of the net at 78’, giving D.C. the win.

Absolutely wired! What a rocket @PaulArriola!