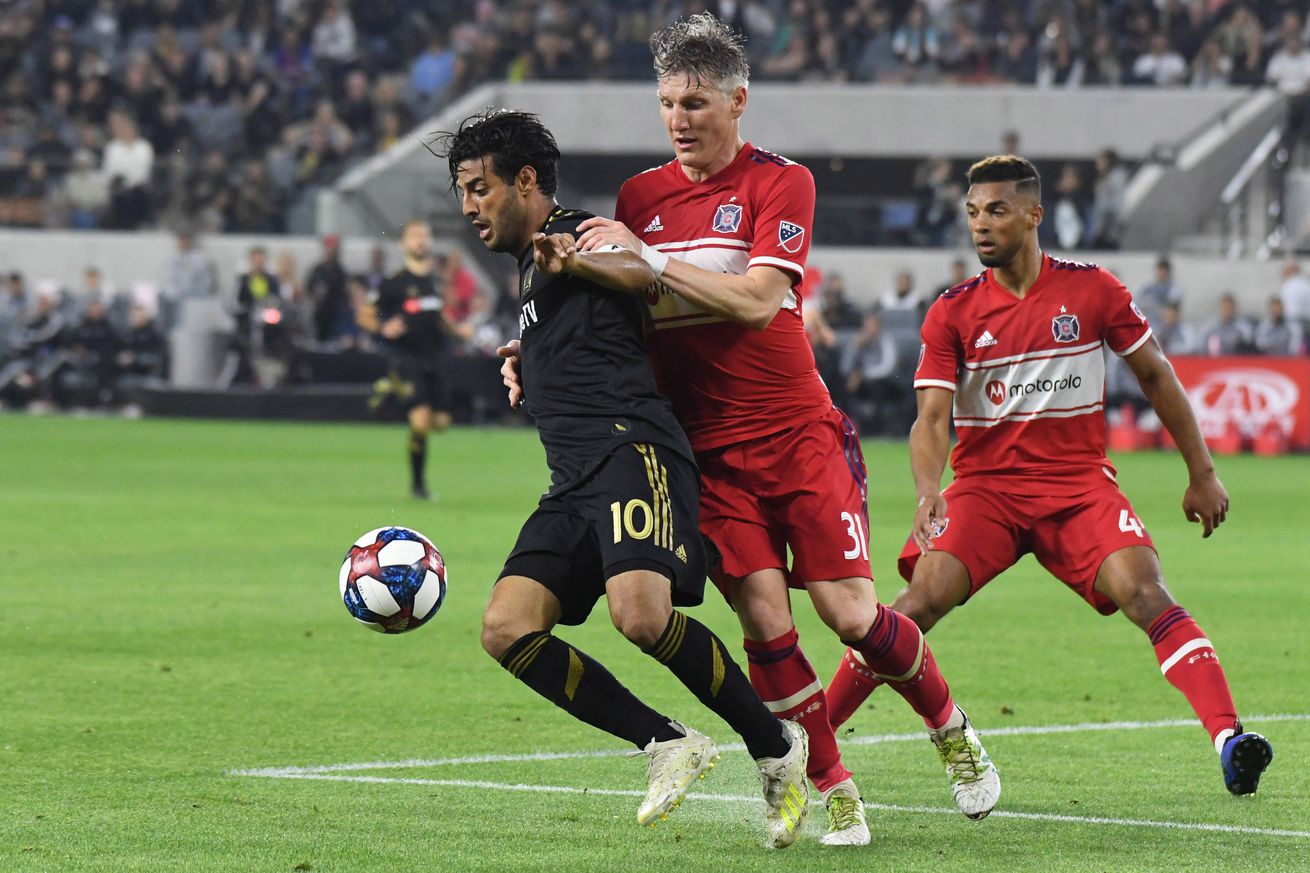 These two teams have had opposite seasons thus far. This week they ended their match in a draw.

The two Los Angeles clubs, LAFC and LA Galaxy currently sit on top of the Western Conference standings. Both teams have had great records at home and LAFC has only lost one match thus far. Chicago Fire, on the other hand, have been struggling hard. With a 2-4-4 record, things haven’t looked bright. This week they held the top team in the league to a draw.

The expansion team, FC Cincinnati, lost again on Wednesday when they faced the top seed in the East. They held the Philadelphia Union throughout the first half, but come the second they let off the brakes. Kacper Przybylko scored first (63’) and Fafa Picault followed suit with the winning goal (70’).

You voting for the man with the thunderous header or the one with a bit of beautiful finesse? #DOOP pic.twitter.com/Are0qOxRdE

Oh, Colorado Rapids. When will you win a match? This game was a wild one. The Vancouver Whitecaps took the lead early with a goal from Fredy Montero (16’), followed shortly by a second from Lucas Venuto at 26’. Kei Kamara had a pair of goals at 38’ (p) and 53’ (also p) to tie it up. Things looked good for Colorado, until Diego Rubio was shown a red card at 77’. It took a bit for the Whitecaps to get on the board with the man advantage, but Andy Rose did at 87’ to get a win.

Bangoura with the set up. Montero with the finish.

It was another close one, this time between the New York Red Bulls and LA Galaxy. The Red Bulls took an early lead with a shot from Amro Tarek at 15’. Uriel Antuna (39’) and Zlatan Ibrahimovic (43’) gave LA a goal advantage going into the second half. New York hit the attack, scoring two goals in the second half. Marc Rzatkowski tied it up at 59’, while Derrick Etienne scored the game winning goal at 67’.

MATCH RECAP, pres. by @ProvidentBank: We rally for a thrilling victory at @RedBullArena!

The battle of Texas ended in the favour of the Houston Dynamo. On an early penalty shot, Mauro Manotas scored the opening goal of the match at 20’. The Houston Dynamo would return from halftime with a second goal from Manotas at 58’. FC Dallas would attempt to revive their squad with a late goal at 87’ from Dominique Badji.

The perfect touch to finish off a breathtaking move #ForeverOrange pic.twitter.com/mxA9LVwHee

NYCFC shut out the Montreal Impact for another win this weekend. Maximiliano Moralez gave them an early advantage with a goal at 6’. All the goals would be scored before the second half began. Ismael Tajouri sealed the deal with his goal at 49’. Montreal shut out? We’ll take it.

️ | Check the tape from a successful business trip across the boarder #ForTheCity pic.twitter.com/JGFqe9b7dy

Wow, the Union had a week, didn’t they? Their 6-1 victory over the New England Revolution put on a show for the home crowd. Jack Elliot got the Union on the board at 11’, but the Revolution’s Juan Fernando Caicedo tied it up at 35’. The Revolution lost all hope after this. Ilsinho scored next at 47’. Sergio Santos Gomez had two (69’, 74’). The final two goals of the match came from Kacper Przybylko (82’) and David Accam (88’). What a match.

Bedoya ➡ Ilsinho ➡ Bedoya ➡ Kacper ➡ Back of the net #DOOP pic.twitter.com/golxhMFdwb

D.C. United bounced back after a loss last week. Luciano Acosta (27’), Wayne Rooney (on a penalty at 45+4’), and Paul Arriola (61’) scored three unanswered goals. Columbus Crew did not get on the board until the 75’ mark, but only due to an own goal from Bill Hamid. So I guess D.C. United had four goals in the match.

Wow, our first draw came late this week! The 1-1 final between Minnesota United and the Seattle Sounders opened up with a goal from Ike Opara at 26’. By the end of the first half, all goals were scored. Seattle’s Cristian Roldan scored at 42’ and that was all she wrote.

Sebastian Blanco opened up scoring for the Portland Timbers at 34’. Real Salt Lake’s Sam Johnson tied it up at 62’. The game didn’t sit at a draw for long. Portland’s Diego Valeri got the go ahead goal at 68’.

The San Jose Earthquakes got another win, while FC Cincinnati lost yet again. The only goal of the match was scored by Nick Lima at 22’. The Earthquakes’ Cristian Espinoza was shown a red card at 51’, but Cincinnati failed to capitalize on the man advantage.

It was a boring one between the Fire and LAFC. LAFC should have had it in the bag. They outshot Chicago 22-9 and controlled the ball at 64%, but they failed to find the net. This one ended scoreless.

Tonight’s @Allstate Save of the Match: @Tymiller01‘s block in the 17th minute! pic.twitter.com/6ug2wlq1qq

The reigning league champs, Atlanta United, are back on their feet after struggling a bit in the opening matches of the season as they shut out Sporting KC. Josef Martinez got them on the board twice (39’, 76’). The other goal came off the boot of Ezequiel Barco at 47’.

There’s no stopping that one @JosefMartinez17 bags a brace https://t.co/7PliZEaSLM