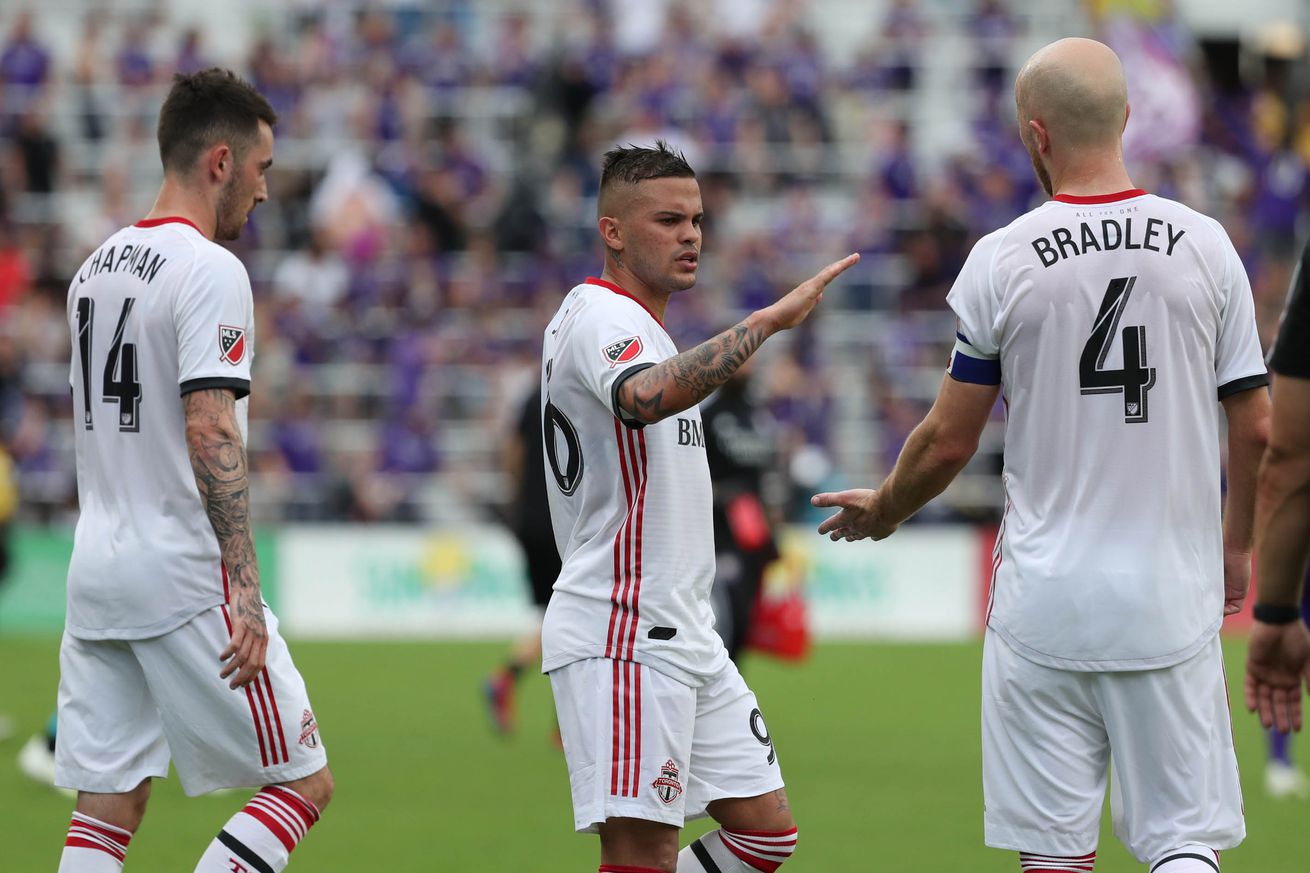 Has Quentin Westberg done enough to become the starting goalkeeper?

Toronto FC are at Mercedes-Benz Stadium in Atlanta on Wednesday evening to play their second game in five days.

After their victory in Orlando on Saturday, there are a few questions about who should be in Greg Vanney’s ideal starting lineup.

Are Laurent Ciman and Chris Mavinga finally rounding into form? Is it wise to play with a single striker while Jozy is out? Is Quentin Westberg now the starting goalkeeper?

To answer one of those questions above, yes I do think Quentin Westberg is the current starting goalkeeper. In my opinion, Alex Bono hasn’t been as bad as people are saying he’s been, but it is clear that Quentin Westberg is on form at the moment. Toronto FC should ride his confidence while they can, especially after a clean sheet. Alex Bono will get his chances during this busy month, but against a team with the offensive abilities of Atlanta United, I think it is probably best to use the goalkeeper coming off a good performance.

The Laurent Ciman/ Chris Mavinga partnership was solid against Orlando, giving Toronto FC fans hope that the pair have finally figured out whatever it was that seemed to be causing so much disarray. Chris Mavinga has also been rated the best TFC player in our last two Rate the Reds polls.

Auro Jr. didn’t have the best game on Saturday, so if Greg Vanney wants to mix things up, he can always pull Nick DeLeon back from midfield into that right-back slot. I don’t think that will happen given DeLeon’s decent run of form in attack, but stranger things have happened.

Jonathan Osorio is starting to find the back of the net again, and at the perfect time. With Jozy Altidore out, goals are always going to be harder to find, and Osorio now has two goals in as many games, including this solo effort against Orlando:

Osorio was also named to the MLS Team of the Week for week 10.

Joining Osorio in the Team of the Week was Marky Delgado, who made the bench. He only received a 5.9 rating in Rate the Reds for whatever reason, despite his major role in Toronto FC’s passing masterclass. They completed 87% of their 609 attempted passes.

Alejandro Pozuelo also added to his assist total on Saturday, lobbing the ball over the Orlando defenders on Jay Chapman’s impressive goal.

With Jozy Altidore set to miss at least one more game, Jordan Hamilton is likely to get the call again to start up top. As Waking The Red’s Tej Sahota suggested, Toronto FC would probably be better off using two strikers while Altidore is out, but as Greg Vanney is yet to do that, I’ve only selected the one.