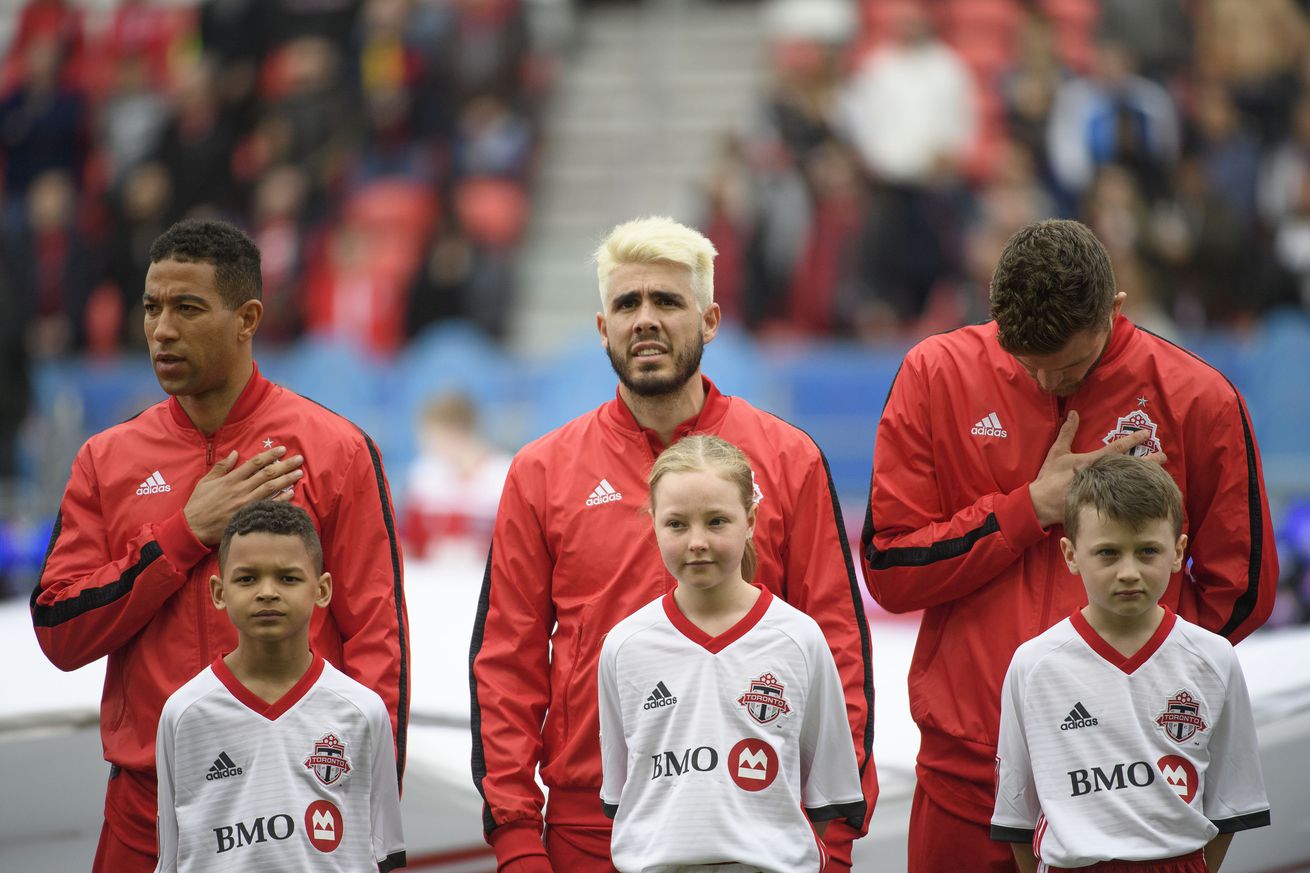 A few injury concerns again for the Reds

On Wednesday night, Toronto FC host D.C. United at BMO Field. As seems to be a trend these days, just as Toronto FC got a pair of important players back from injury (Jozy Altidore and Drew Moor), another two go down, this time it’s Laurent Ciman and Auro Jr.

Losing Ciman could force Greg Vanney to use a 4-4-2 formation, but I think that he’ll go with a 3-5-2, as the shape has looked effective recently, even if TFC have dropped both of their last two games.

Predicting the starting goalkeeper is a 50/50 thing at this point. Both Alex Bono and Quentin Westberg looked good in their last starts, and are both deserving of another go. Coming off a decent performance, although one in which he picked up a loss, I think Westberg gets another shot to prove he should be the number one.

Both Laurent Ciman and Auro Jr. left Saturday’s game with injuries, and didn’t look to be in the best shape after the match. I haven’t selected either of them in my starting lineup for that reason.

If Ciman doesn’t play, and Greg Vanney does go with the 5-3-2, I imagine it’ll be Eriq Zavaleta starting in his place. Alternatively, Vanney could play a 4-4-2 with Mavinga and Moor in the middle, and use wingers instead of a midfield triangle.

This is the same midfield trio that started on Saturday.

Jonathan Osorio had a couple of dangerous spells throughout the match, and nearly got on the end of a cross in the 63rd minute, but the ball grazed his head. Now that Jozy Altidore is back up top, Alejandro Pozuelo might move further up the pitch, giving Osorio a bit more freedom in midfield.

Marky Delgado has been solid in midfield over the last few games, so I think he’ll get another start tomorrow, but Nick DeLeon is also worthy of some playing time, so the formation could instead be a 4-4-2 with DeLeon and Osorio on the wings, with Bradley and Pozuelo in the middle.

Alejandro Pozuelo scored another incredible goal on Saturday, a top-corner free kick, for his fifth goal of the season. He’s struggled a bit without Jozy Altidore in front of him, and after Altidore came off the bench against Philadelphia at the weekend, I’m sure they’re hungry to go again. Altidore has had a few days since to train and get back to full fitness, so I think we see the partnership reunited on Wednesday.

Here is my full starting XI: