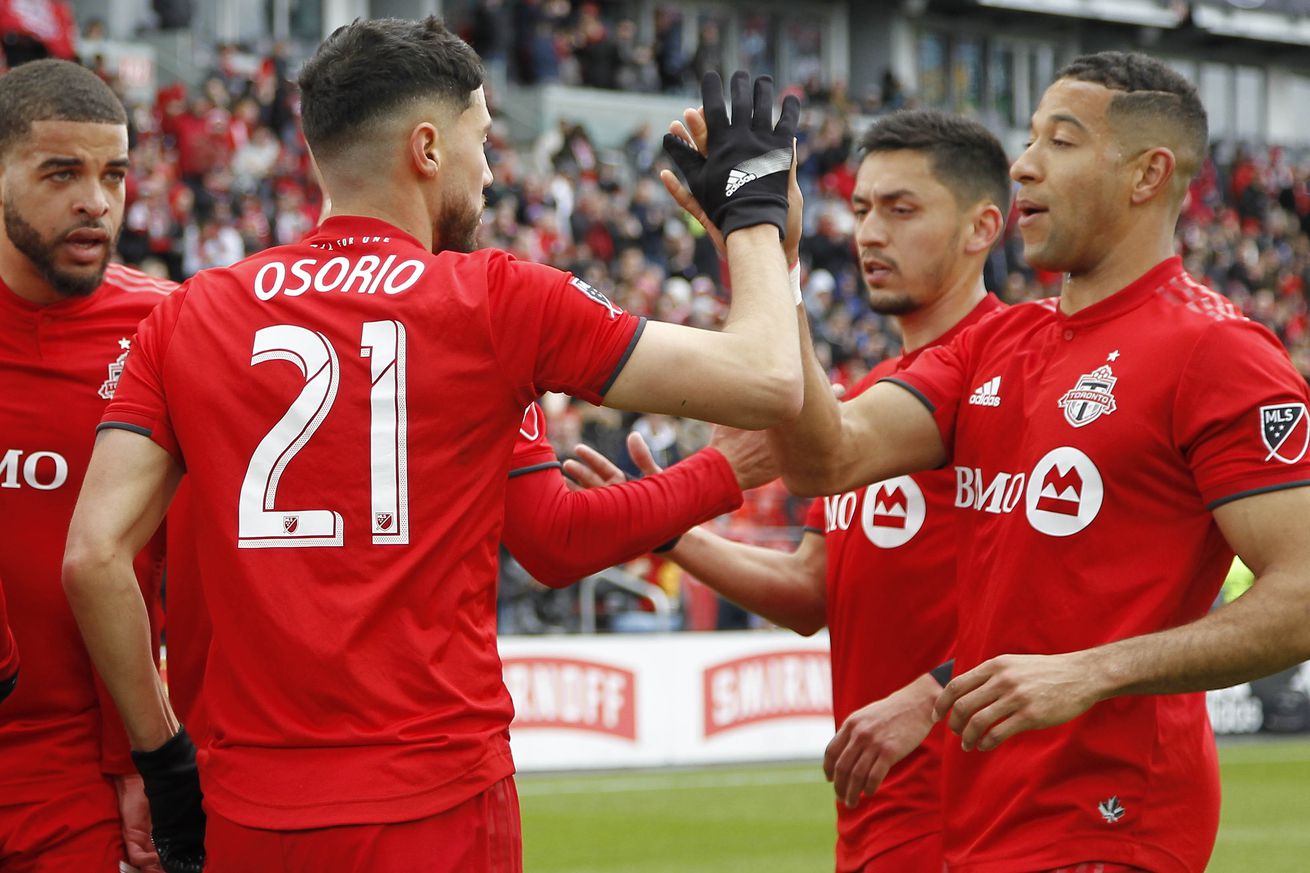 Toronto FC are down in Orlando this afternoon for a game against The Lions, and their new star Nani. As has been much talked about both here at Waking the Red and elsewhere, TFC have struggled with balls in from wide areas, so coming up against a winger with Nani’s track record is surely a scary sight for Toronto FC. Orlando’s newest DP has contributed 5 goals and 4 assists in nine appearances, with all five goals coming in his last four games.

Without both Jozy Altidore and Drew Moor, who are sidelined with injuries, Greg Vanney will again have to be creative with his lineup. Last time out, he played a 4-4-1-1 formation, with Jordan Hamilton playing as a lone striker, in the Jozy Altidore role. He also gave rare starts to Quentin Westberg and Eriq Zavaleta.

As WTR’s Tej Sahota suggested, Toronto FC might be better off with two strikers up top during Jozy Altidore’s absence. I think that it makes sense to play with some sort of a 4-4-2 formation with a diamond in midfield, which is how I’m going to line up my prediction. The formation can also be described as a 4-3-3 of sorts, as I’ll get to in a minute.

After Quentin Westberg started against the Portland Timbers, I think it’ll be Bono back in net. Vanney has said that he thinks both Westberg and Bono are capable of starting in Major League Soccer, and both will surely get some minutes over the next fifteen days, as TFC have five games, including this afternoon’s game. In the month of May the Reds play seven games in total, so both of them will see a some action and try to earn the starting job.

The partnership of Laurent Ciman and Chris Mavinga has been shaky to this point in the season, leading to rumours of possible replacements being signed. With Drew Moor out with another injury, Ciman and Mavinga are likely to be starting alongside each other on Saturday. If Omar Gonzalez signs, I imagine that TFC will go back to a 3-5-2 formation with Gonzalez in between Mavinga and Ciman, but for now, a 4-4-2 is probably the best option.

This is where the lineup can vary between a 4-4-2 and a 4-3-3. If Alejandro Pozuelo, who has been played high up the pitch a lot thus far, plays alongside the striker(s), this could look more like a 4-3-3, with a triangle below him.

Jonathan Osorio and Nick DeLeon would be on the sides of the diamond (or top of the triangle), and are able to float into the middle of the park when needed, or attack out wide. Pozuelo would be at the top of the diamond, pulling the attacking strings, and setting up the strikers, and Michael Bradley would sit at the base of midfield, one of the links between the defenders and attackers.

In the absence of Jozy Altidore, Toronto FC are going to have a tougher time up front. Jordan Hamilton has been impressive in his limited minutes, but as Tej mentioned in the article I referenced earlier, he isn’t as good as Altidore at being the lone striker.

The Hamilton/ Akinola partnership worked well when TFC played the New England Revolution on March 17th, as both scored in a dramatic 3-2 victory (in which Altidore scored the winner), so I think that Ayo will get the nod from Vanney, which would be a big chance for him to continue to prove himself.