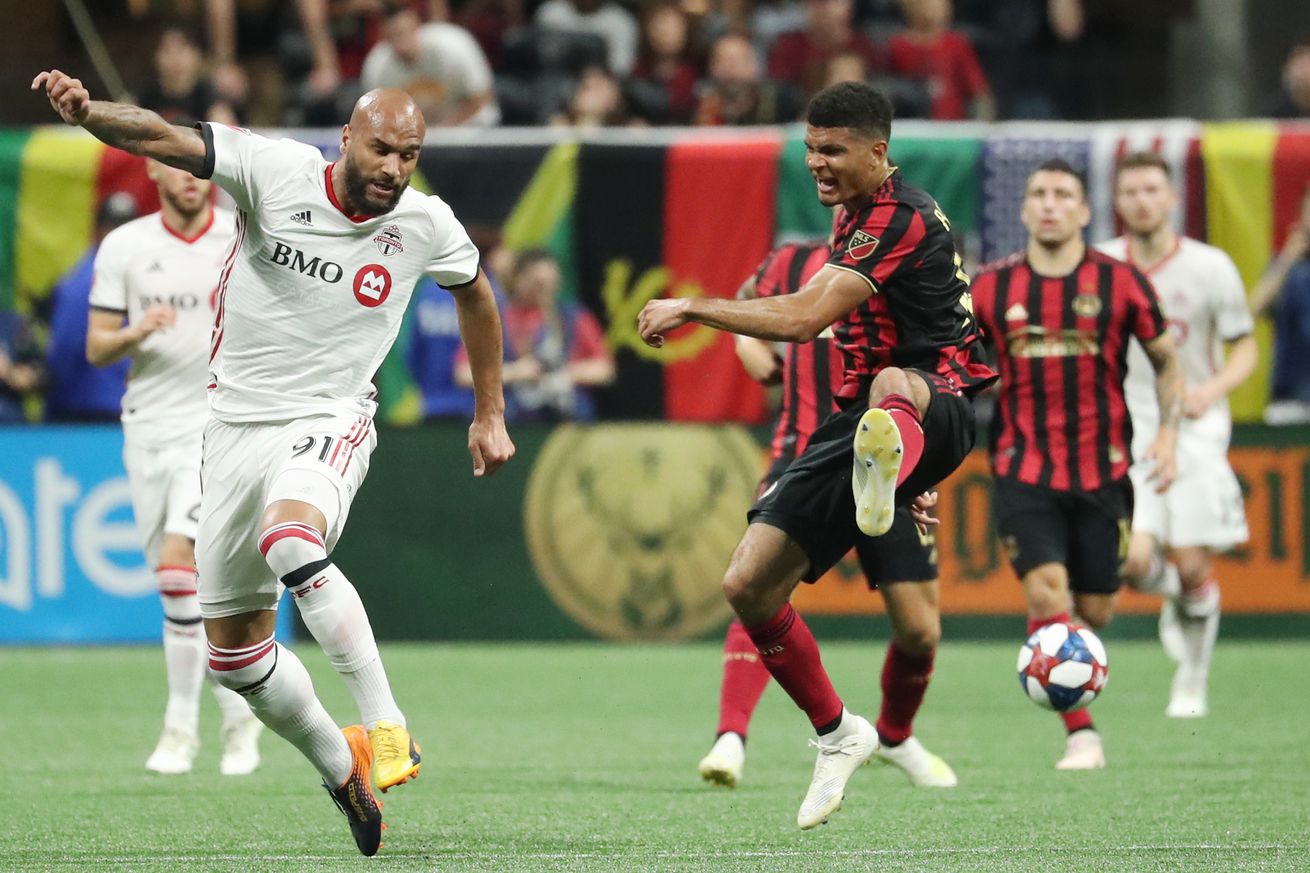 Expect the starters after a ton of rotation midweek

On Saturday afternoon, the Reds are back in town to take on the first-place Philadelphia Union.

I got my lowest ever lineup prediction score ahead of the Atlanta game on Wednesday, only getting 4/11 players correct.

After a ton of squad rotation in Atlanta, seven changes from the previous game in Orlando, I am expecting Greg Vanney to roll out his best lineup possible, or at least something close to it.

I’ve done this prediction in a 5-3-2/3-5-2 formation, with Alejandro Pozuelo playing up top in a free role near the striker.

Alex Bono was solid in Atlanta, and can’t really be blamed for either of the goals. He made an excellent save just before the first goal, which naturally pulled him out of position, and was beaten by a deflection on the second goal.

With a busy stretch like the one TFC are in the middle of, it might be wise to keep changing keepers to keep them both fresh, but if one makes a good start, there’s also the argument that they should start the next game to stay on form.

I can see the arguments for both goalkeepers, but I think Westberg gets the nod so that he can get more minutes and try to get another clean sheet. If he plays well, he might also get the D.C. United game on Wednesday, but if not, Alex Bono is waiting for his chance.

Out of this whole group, only Laurent Ciman started on Wednesday, in what I thought was a decent performance for the Belgian. He seems to be getting more comfortable after a shaky start to the season.

Justin Morrow came off the bench in that game and was a bit of a spark on the left flank but was unable to score/ set up any goals.

The name that probably jumped out to you here is Drew Moor. After missing a few games because of injury, Moor is listed as “probable” for this one, and if he’s healthy enough to start, I think he will, as his leadership and organizational skills at the back are vital to the success of this team.

Marky Delgado was another regular starter who didn’t see the pitch in Atlanta, as Greg Vanney opted to give a season debut to Liam Fraser instead. Fraser put in a good performance, showing off his passing vision/ range, but didn’t really show off the best of his defensive abilities. Delgado will probably get the start, but Fraser definitely made a case for him to get more minutes.

Although Jozy Altidore might be able to play in this game, I don’t think he’ll be able to start. My guess is that we see him come off the bench for Jordan Hamilton, like he did against the New England Revolution.

Alongside Hamilton I put Alejandro Pozuelo. The only reason he’s up top is for the sake of having a standard formation, but I imagine he’ll be floating around in a free role. A lot of fans were upset that he wasn’t rested against Atlanta, with many citing the artificial surface as a reason for wanting him to sit on the bench. I think he’ll be rested sometime soon, but I don’t think it’ll be in the games against the top two teams in the league.