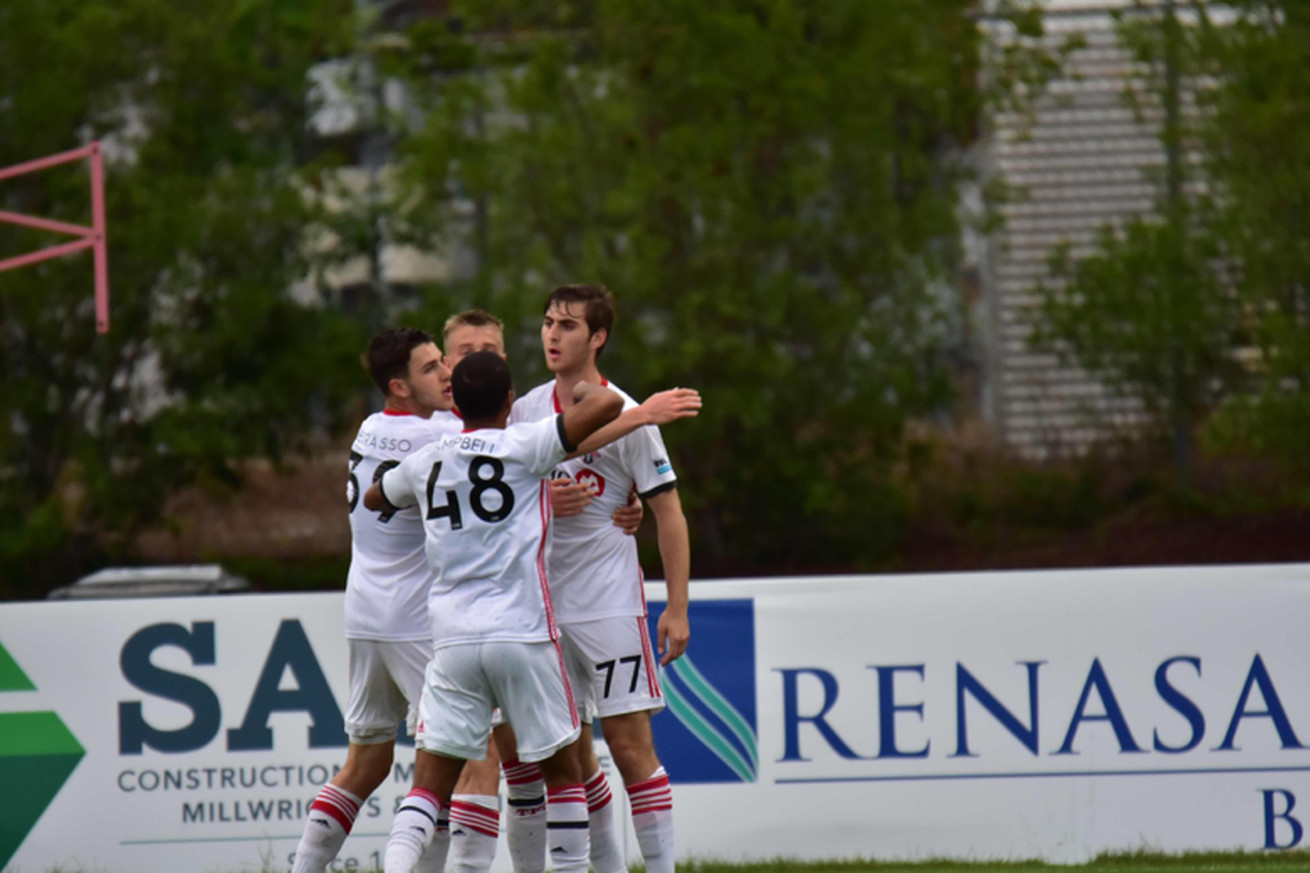 A stoppage time goal denied the Young Reds a point

Despite leading for a large part of the match, Toronto FC II lost their second straight match on Sunday night.

Toronto FC II took the lead in the 14th minute, as Jordan Perruzza scored an excellent left-footed strike from just inside the 18-yard box. It found its way into the top corner, giving the visitors an early lead.

Charlie Dennis responded for the home side in the 28th minute with a hard, low shot that TFC II goalkeeper Kevin Silva couldn’t control.

And @Tormenta_FC respond! A great ball from Gomez sets up an eventual chance for Charlie Dennis who doesn’t miss. 1-1 in Statesboro! #TRMvTOR #USL pic.twitter.com/byVj91tE5a

Just eight minutes later, Patrick Bunk Andersen gave the Young Reds the lead again with a rising header that is up for USL League One Goal of the Week, and TFC II entered the break up 2-1.

Marco Micaletto would tie the game for Tormenta FC again in the 72nd minute from the penalty spot, giving the home crowd a boost of energy.

After TFC II defender Terique Mohammed was shown a red card a few moments later, Tormenta kept pushing for a winner and in the third minute of stoppage time, they’d find just that:

And @Tormenta_FC score in stoppage time!!! A big 3 points for the home team as @TorontoFCII’s Silva came up with some massive saves playing a man down, but tonight @CharlieDennis28 was just unstoppable. #TRMvTFC #USL pic.twitter.com/vgpgeSidhr

Despite the loss, Toronto FC II have a few players up for USL League One weekly accolades. Patrick Bunk Andersen is up for goal of the week:

Vote @palle_bunk for Goal of the Week!

Jordan Perruzza was named to the team of the week:

And Kevin Silva was nominated for save of the week:

Vote @KevinSSilva98 for Save of the Week!

The full highlights of Sunday’s match are here.

Toronto FC II are next in action on Friday, May 17th, when they close out this six-game road trip to start the season. They’ll finish it in the same place they started it, Montverde Academy in Florida, home of Orlando City B.

They play their first home game seven days later, on Friday, May 24th at 4pm at the BMO Training Ground.