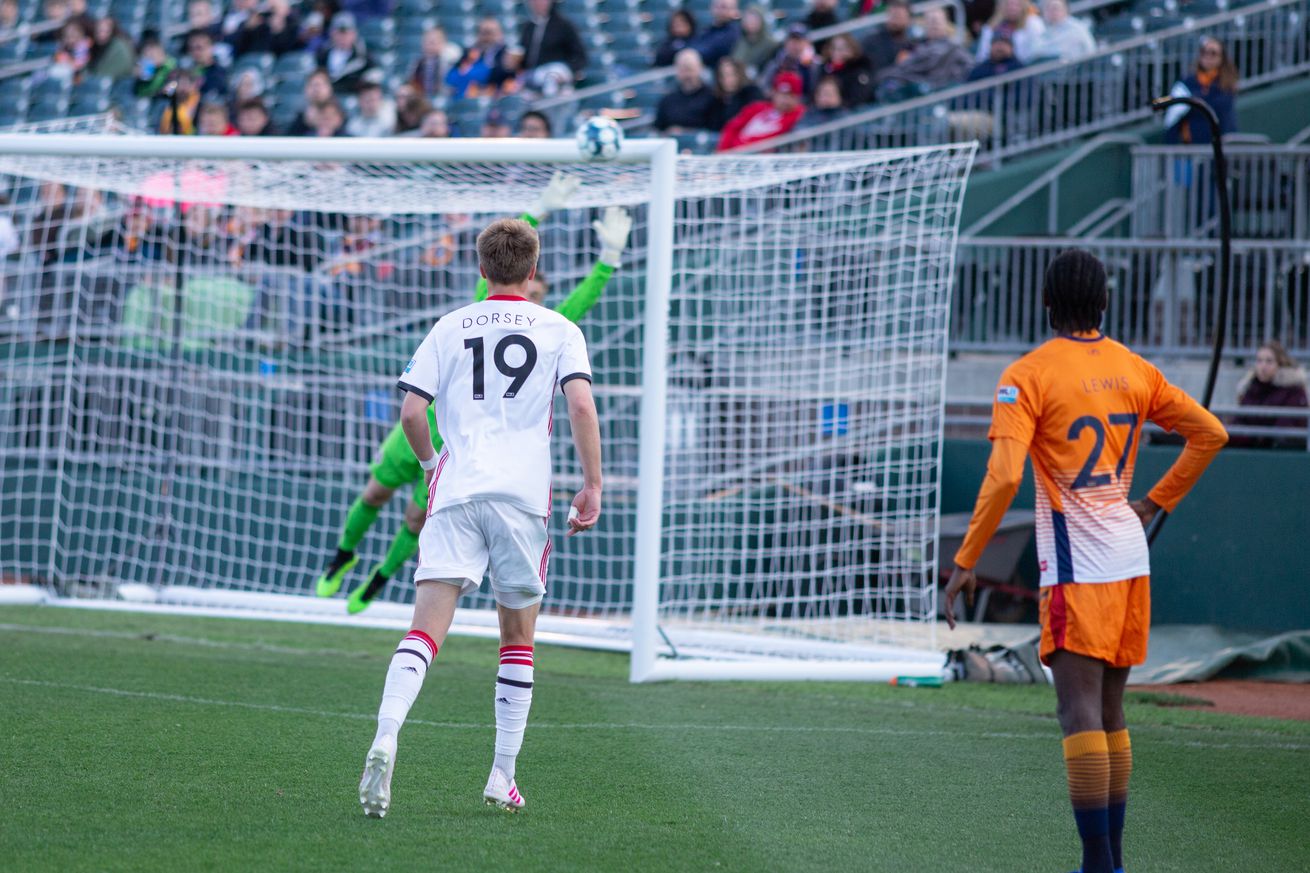 TFC II look to stay unbeaten as they travel to Wisconsin, kickoff is at 8 pm

On Saturday night, TFC II will be in Madison, Wisconsin for a game against Forward Madison FC.

After an impressive 2-0 win against Lansing Ignite FC, TFC II sit third in the USL League One standings, with 7 points through three matches. The only two teams above them are North Texas SC, who have won all three of their matches, and South Georgia Tormenta FC, who have 11 points through six matches.

Forward Madison FC have picked up four points in four matches, and sit second-last in the table.

In the 2-0 win over Lansing, TFC II had a couple of standout players, both of whom made the USL League One Team of the Week. Both of the goalscorers, Luca Petrasso and Adolfo Ovalle, were recognized for their displays.

My recap of the Lansing game is here.

Also in TFC II-related news — defender Jesus West has been called into the Panama squad for its U-20 World Cup campaign.

As usual, the game will be live streamed on YouTube:

Elsewhere in the USL

Ottawa Fury — Toronto FC loanee Aidan Daniels came off the bench for another brief cameo in the Ottawa Fury’s 2-0 win against Atlanta United 2 on April 28th. He came on in the 88th minute, and didn’t really have enough time to make an impact on the match. Robert Boskovic and Shaan Hundal didn’t see any action. Their next game is on Wednesday, May 8th at 10:30 am against New York Red Bulls II.

Memphis 901 FC — Memphis lost on April 27th and 30th, 1-0 against the Charleston Battery and 2-1 to Louisville City FC. Former TFC II player Luca Uccello came off the bench in the 66th minute of the Charleston game, but was an unused substitute against Louisville.

Tampa Bay Rowdies — Tampa Bay played two games recently – on April 27th against the Charlotte Independence and on May 1st against Indy Eleven. Former TFC II player Malik Johnson didn’t feature in either game, but the game between the Rowdies and Charlotte had an interesting scenario unfold: the battle of the Dominic Oduros. Yes, you read that correctly. Both sides had a player called Dominic Oduro. Charlotte had the one familiar to TFC fans – and he scored their only goal in a 1-1 draw.

All USL matches are streamed on the USL Championship YouTube channel.