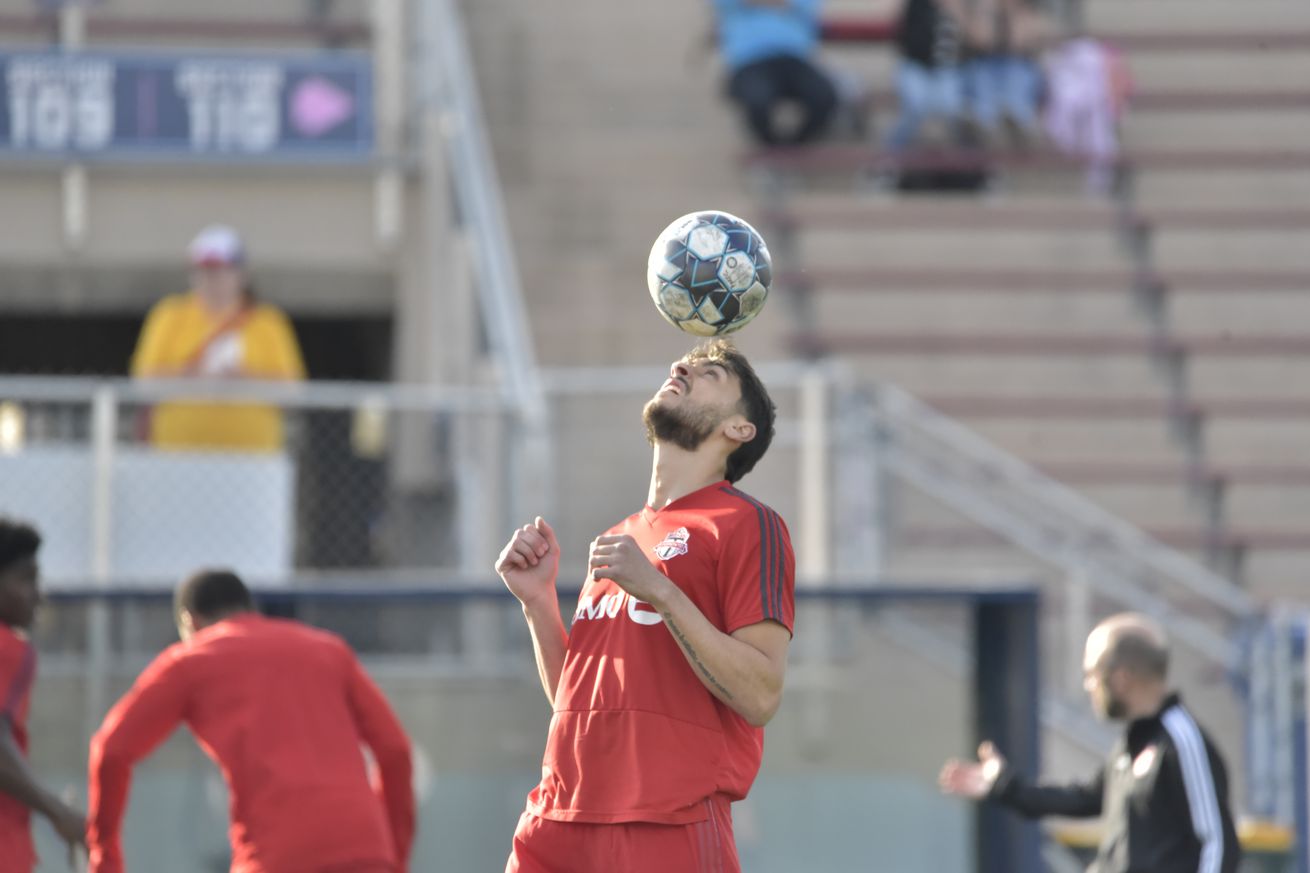 The Young Reds finish their lengthy road trip in the same place they started it, kickoff is at 7:30

On Sunday night, Toronto FC II will be back at Montverde Academy for a game against Orlando City B, the same place where TFC II started their 2019 campaign with a 2-0 win on April 5th.

Orlando City B are having a tough start to the season, as they sit in 10th place in the USL League One standings, out of 10 teams, with an 0-5-2 record through seven matches. Their two points leave them five back of 9th place FC Tucson, who have 7 points through 6 games.

TFC II are in 8th with seven points from five matches, with all five of those games being played on the road. After this sixth away game to start the season on Friday night, the Young Reds return home for their home opener (on the 24th), to start a stretch where they will play 10 of 13 matches at home.

Both of TFC II’s losses this season have come in the last two games, a 3-1 defeat to Forward Madison FC, and a 3-2 defeat to South Georgia Tormenta FC on Sunday.

Forward Jordan Perruzza was named to the team of the week for his strong performance in the loss to Tormenta FC, while defender Terique Mohammed misses out after being sent off in that game.

The full recap of the game can be found here.

“Orlando has definitely progressed,” said head coach Michael Rabasca on Tuesday. “They held firm with North Texas through 75 minutes and then it looked like the weather or their conditioning got them in the last 15 or so.”

“What I’d like to see from our team is progress and I’d like to be able to measure it from that first game,” emphasized Rabasca. “A return to our defensive form, where everyone is taking responsibility on every play and then, of course, the attacking end: see the goals come that I think are there.”

“There were chances in Madison that we missed and chances we created [against Tormenta] that could have put us on top. First and foremost, if we’re able to defend, take care of the ball more, not be so young and naive at times, we’ll be able to demonstrate we’ve progressed from the start of the season.”

The lessons from the loss against South Georgia were front of mind for defender Patrick Bunk-Andersen as well: “The most important thing is that we get better from Sunday. The flaws that caused the loss need to be improved. If we do the same thing, Orlando is good enough to punish us the same way Tormenta did.”

“They’ve been getting better since we played them in our first game, so it’s not going to be the same team. They’re going to have a chip on their shoulder since we got a win in the first game. We can’t take them for granted,” continued Bunk-Andersen. “We have to take our Sunday performance, get better from that, and make sure that [the] Orlando [game] is going to turn us around. We have a lot to improve, take more pride in what we’re doing, and use the game as a step to move forward after two losses.”

As always, the match will be streamed on YouTube: