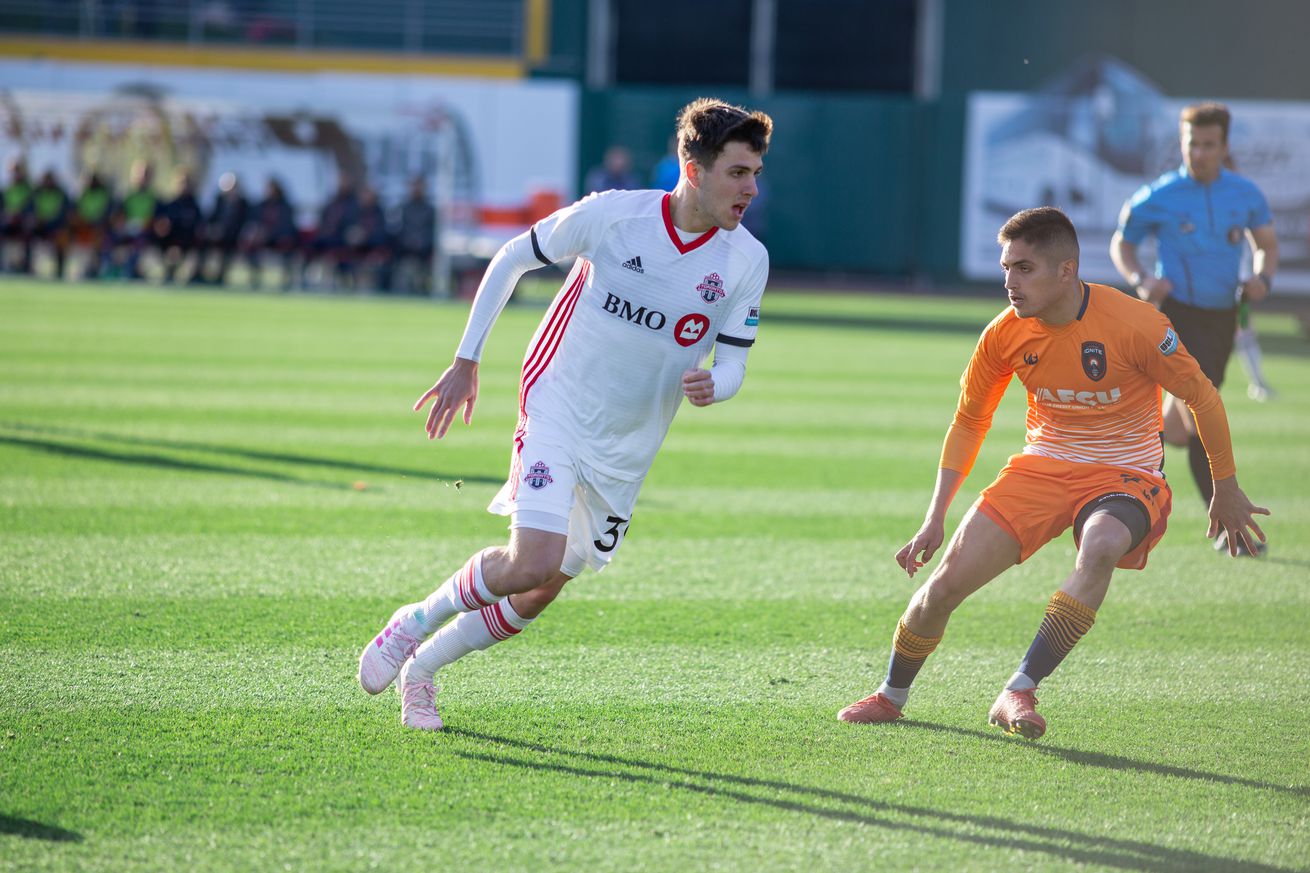 After picking up four points in their first two games, the Young Reds were at Cooley Law School Stadium in Lansing, Michigan to play the Ignite.

It only took until the 11th minute for TFC II to take the lead, as Luca Petrasso found the top corner from a free kick. From the edge of the penalty area, the 18-year-old midfielder found the top right corner, beating Ignite goalkeeper Mike Kirk.

He followed it up with an emphatic celebration, and TFC II took an early 1-0 lead.

Caleb Patterson-Sewell made the save of the game in the 26th minute, denying Alex Bruce from a few yards out. Moving to his left, he managed to get a foot on the ball, turning the ball away.

In the 38th minute, Lansing were again inches away from scoring, as Tumi Moshobane fired a free kick off the crossbar. A Lansing player picked up the rebound and chipped it over the backline to Bruce, who kicked it over the bar from six or seven yards out.

TFC II would enter halftime up 1-0 despite Lansing have most of the scoring chances and possession of the ball.

After the break, Tumi Moshobane again was inches away from scoring, but was denied this time by Julian Dunn. Moshobane chipped the ball over an advancing Caleb Patterson-Sewell, and thought he had a goal, but Dunn never gave up on the play and cleared the ball off the line.

Xavier Gomez had a great chance to equalize in the 82nd minute, as he was in on goal after a glancing header put the ball on a plate for the midfielder. His left-footed effort across goal just missed the far post, a miss that he would rue moments later.

At the other end of the pitch about three minutes later, the referee gave TFC a penalty for a handball. Adolfo Ovalle stepped up for TFC II, converting the spot kick and sealing all three points for the Young Reds.

Full highlights of the match can be found here, and the full match is here.

With the win, TFC II now have a record of 2-0-1, and remain unbeaten. They are also now halfway to equalizing their win total from a season ago.

Their next opponent is Forward Madison FC, who they will play on Saturday, May 4th at Breese Stevens Field in Madison, Wisconsin. Including that match, TFC II have three more road games before they come home on May 24th for their home opener.