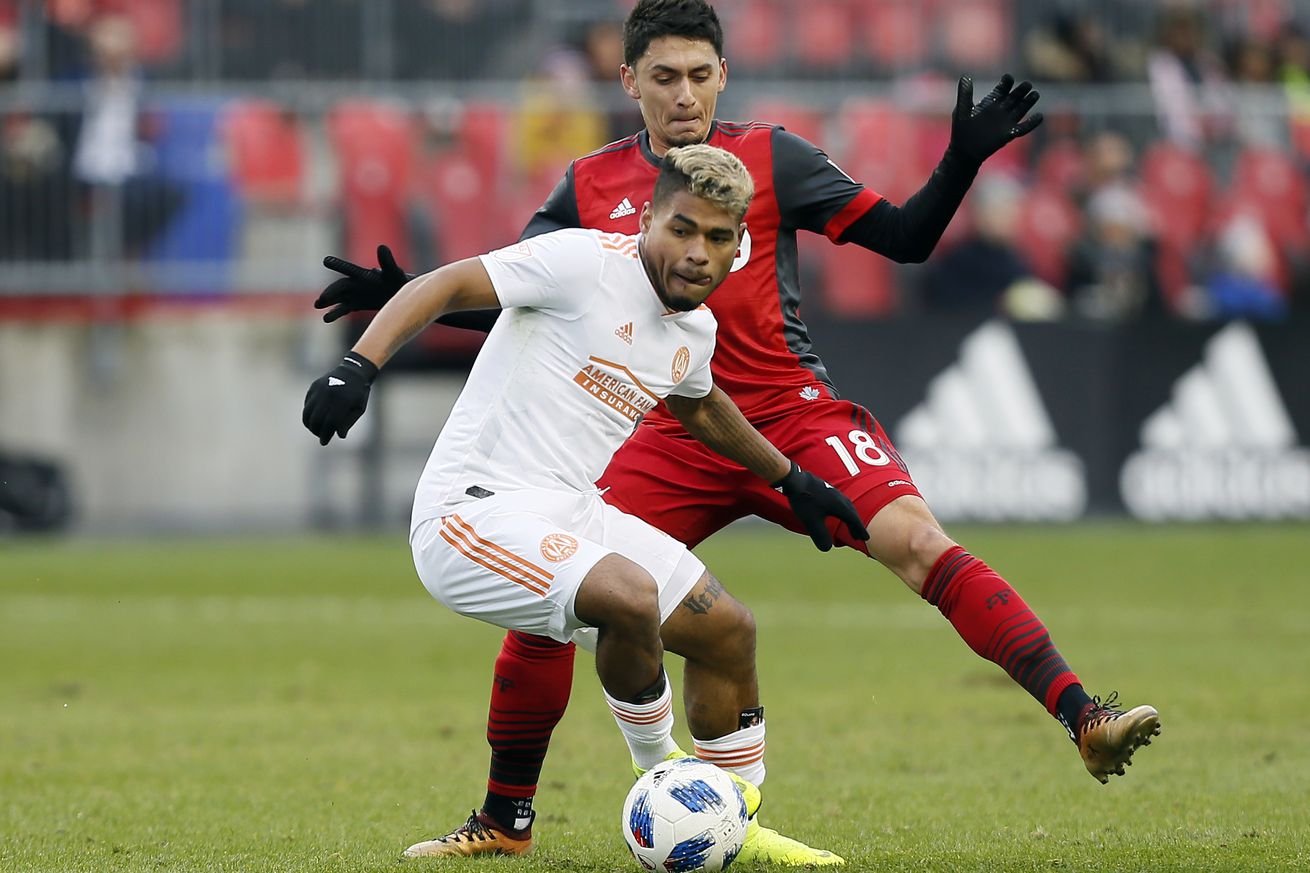 Stop #2 on the Toronto FC May Express Line is the Mercedes-Benz Stadium in Atlanta where The Reds will face the current MLS Cup holders. Atlanta United have had a shaky start to their defending season (a situation to which Toronto fans can relate), but both clubs are looking to cash in some games in hand for valuable Eastern Conference points. Here are a couple numbers I’ll be keeping my eye on Wednesday.

TFC have a potential 15 points up for grabs over 15 days to begin this month. That’s not to say I expect them to run the table off the break, but it’s only the second time in club history that they’ve had five league matches in 15 days.

In the summer of 2012, TFC had an astounding ten league matches in 33 days. They managed to only drop two of the matches, and earned 16 points in that stretch. What’s even more impressive is that TFC finished 2012 in last place with 23 points, meaning they earned just 7 points in the other 24 matches outside this window.

There is a sense around TFC that Quentin Westberg may take over the majority of the minutes between the woodwork – a sense that was only emboldened by his rare clean sheet away in Orlando on the weekend.

It’s not the first time that TFC have kept their options open as a season progresses. In their previous 12 seasons, only seven times has the Opening Day starting keeper ended up with the majority of appearances for the club. Although the Cesar loan situation in 2014 was always temporary, there have been other instances where starting jobs have been lost.

If Jeff Larentowicz gets the call on Wednesday to face Toronto, he will face them for the 13th consecutive season; his 25th league appearance with five different clubs. Larentowicz will join Seattle’s Chad Marshall who already turned the trick back in April and they’ll keep a seat open for Kyle Beckerman who could complete the trifecta later this month.

Atlanta have famously enjoyed early success in the league, but have yet to defeat TFC in four opportunities. The New York Red Bulls are the only other member of the Eastern Conference to avoid handing Atlanta a pelt in their first 2+ season in MLS.

Yet in each of their last three meetings between TFC and AU, Atlanta has been awarded, and converted, a penalty – a trend Toronto will be wary to extend.