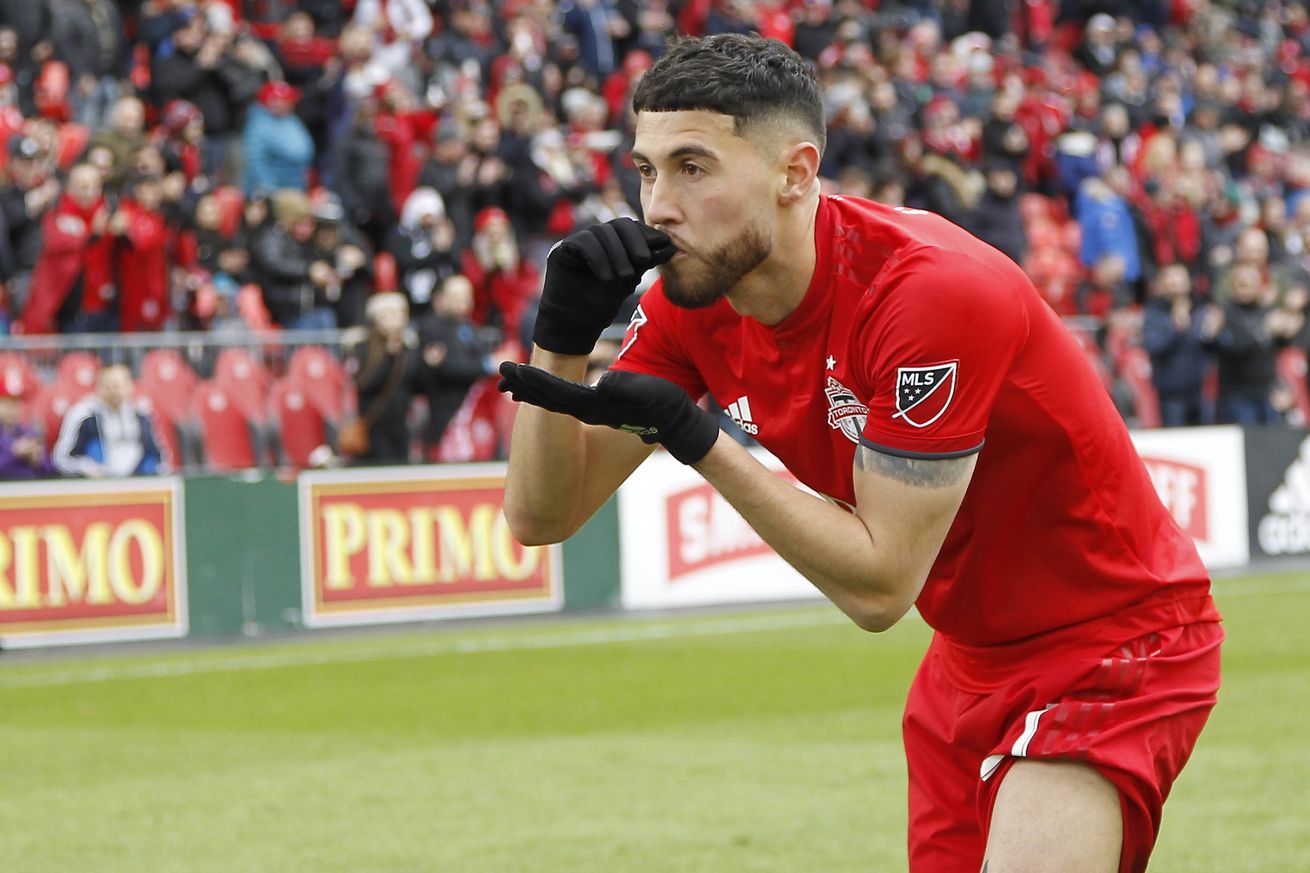 Numbers to Watch in Orlando

Toronto FC head to Orlando this weekend with an Eastern Conference-best 1.86 points per game. Here are a couple numbers to keep an eye on Saturday.

The numbers are big and crooked at both ends for the Reds so far this campaign. They’ve managed to score 19 times in their first seven matches — which is a 73% increase over their previous club record of 11. And it’s only the third time in 13 seasons that they’ve managed a positive goal differential, doubling their old mark from +3 to +6.

Though they’ve banked a club-record 13 points, they’ve also allowed a baker’s dozen of goals against. This is the second worst total, falling only behind Danny Koevermans’ “Worst Team in the World” in 2012.

When Jonathan Osorio scored against Portland this past weekend, the Timbers became the 20th different opponent on which he’s scored – tying a franchise record with Jozy Altidore and Sebastian Giovinco.

Oso heads into Orlando with a clean account vs. the Lions, and if he finds the back of the net, he will take the outright lead in TFC history.

As mentioned here, Greg Vanney is still one win away from topping the previous total of 84 combined wins from the previous eight head coaches.

And Alex Bono has seven more starts in MLS play to try and equal and surpass the pace set by Stefan Frei en route to his club record 19 clean sheets in the league.