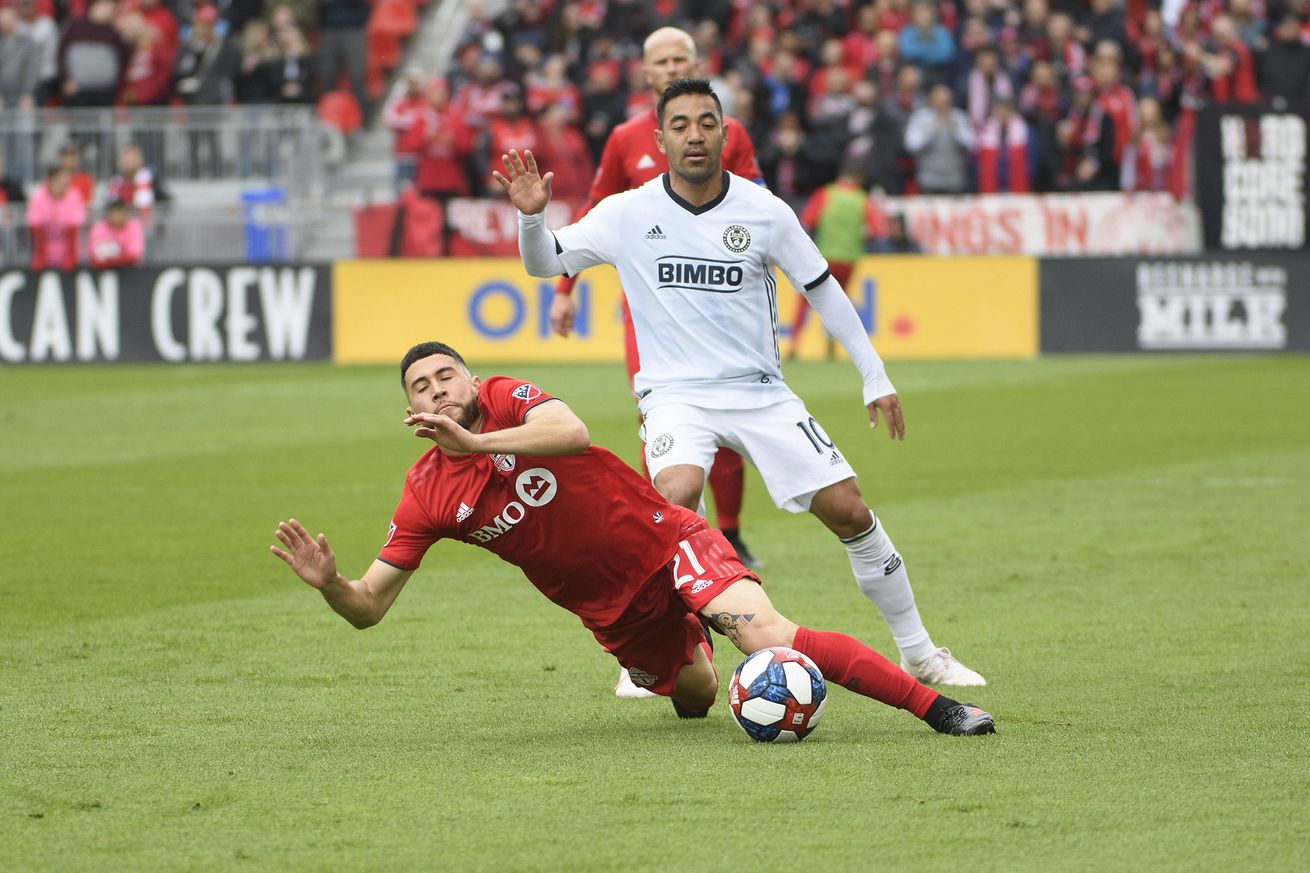 United they stood. Divided we fell.

Mother’s Day brunch at BMO. Nice idea to keep strengthening the fan base and linking with the community… the opening 22 minutes. The lads looked confident and in control… Marky Delgado’s Mavinga-like sprint down the left side to cut off Fafa Picault in the 17th minute… the Wizard’s free kick. It was quite masterful… Burnley F.C. reunions. Maybe they should hold them every weekend… Salford City are in the EFL! Does MLSE want to sell a small stake to the Class of ‘92?… glad they overturned the Own Goal against Mavinga. That initial ruling was harsh… K.J. in the booth. He spoke for approximately 25 minutes, or 26% of the full 97. Contrast that with Steven Caldwell’s “chatter average” of 32%… the two great chances for JHams in the 48th minute… K.J.’s comment (paraphrasing): this is not a team. It is a collection of individuals (see “ugly” below)… Poz and Ciman linking-up with their rehearsed set-piece early in the second half. It almost worked, and it was nice to see some purposeful play… speaking of purposeful play, Philadelphia’s game-plan was phenomenal. Jim Curtin flummoxed Greg Vanney with a disguised flat 4-4-2/3-5-2 hybrid that was fluid and disciplined (it was not the advertised 4-4-2, diamond). They clogged the middle, they pinched off the sidelines and, on numerous occasions, they contracted to defend with as many as eight men in the box. Vanney just stood there with his hands in his pockets.

The cost of Mother’s Day brunch at BMO. $80/person for runny eggs, limp bacon and cold coffee. Oh, well. Guess my expectations are too high… 15 of 20 halves this year where TFC have allowed at least one goal. Allowing the first goal in four of ten games. Not scoring a goal in the first half in the past three matches. It’s hard to win when you’re not on the front foot. Clearly, the system is not working… Poz’s giveaways leading to both goals against. The first one was inexcusable. Trying to beat all ten defenders with your twinkle toes is not a strategy. It is a desperate plea for a change in tactics… Altidore’s anger. Use it to help the team by scoring, rather than collecting petulant yellow cards… Osorio’s missed chance in the 14th minute… Morrow taking too long to place his shots (at least they were on target this time)… Ciman’s “slide-tackle” (snicker, snicker) in the second half against Przybylko… trying to pronounce “Przybylko”… Przybylko’s refusal to come off the field. Maybe he couldn’t hear his name because no one could properly pronounce it… Bradley and Zavaleta arguing with eachother in the 12th minute… Zavaleta being caught out of position on multiple occasions… almost everyone in a red shirt being out of position on multiple occasions… the Wizard of Poz cannot take late game corners. After the 80th minute, find someone else who can kick the ball 37 yards in the air… also, I don’t like Poz’s new hair.

The fact that K.J. even had to say that this is not a team, but rather a collection of individuals. This is the coach’s fault, and it starts with the little things. For instance, no more “special warm-ups” for Jozy Altidore when he comes off the bench. If he is part of this team, then he warms up with everyone else. Also, the Wizard, as good as he is, needs to play within a system. He can’t repeatedly be a free radical with everyone just hoping that, somehow, things will all work out… Philly’s “injury” theatrics. Just disgraceful… Mavinga being the highest man up the pitch on three separate occasions. Maybe Poz was covering for him? Who knows?… DC United is our next opponent. Their discipline, aggressiveness and speed, combined with the new, smooth turf at BMO and Toronto’s inability to adhere to an effective game-plan, could lead to a Wednesday night massacre.