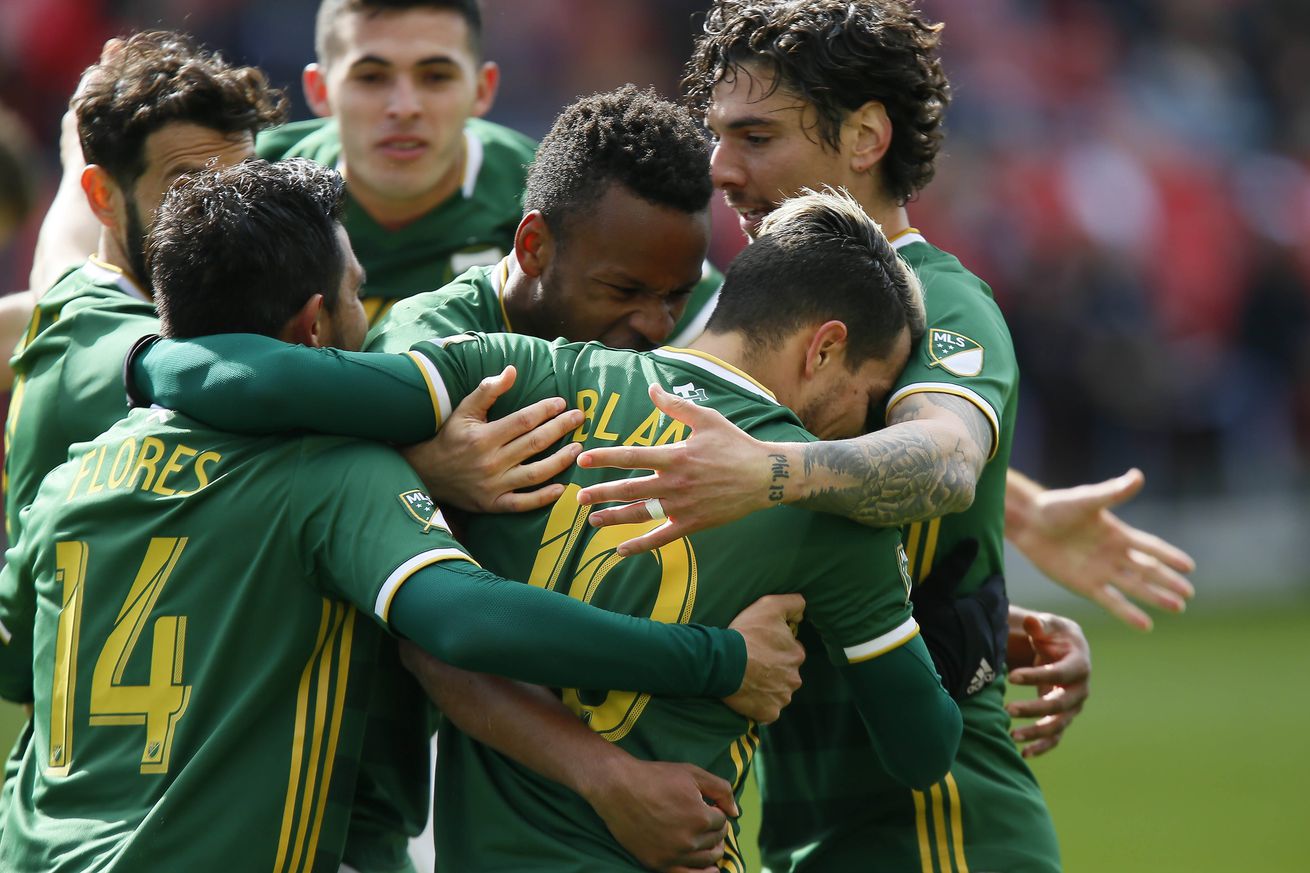 The Reds couldn’t see the forest for the trees.

Not much, really… ummm… Greg Vanney’s shirt was snazzy… Chris Mavinga had a good game, covering for everyone… ummm… Toronto FC’s next game is in Orlando, and I really like Orlando City Stadium… Alejandro Pozuelo still wants to play for TFC… Gareth Wheeler and Terry Dunfield showed TSN how enthusiastic and energetic broadcasting should be done… ummm… the pitch looked fantastic… apparently, Auro Jr. reads this column… okay, enough stalling. Time to say what’s really worth saying…

Vanney’s tactics. When has this team ever been able to successfully play a flat 4-4-2?… Quentin Westberg plays too deep at times. If, in some weird science experiment, we could combine his confidence, game-reading skills and ball-distribution with Bono’s size and natural ball-stopping ability, then we would be set. Wait a minute, isn’t that Stefan Frei?… Vanney’s substitutions and his refusal to change a completely ineffective formation are really bad. A better strategy would have been to switch to a 4-2-3-1, with Ciman playing higher than Bradley to fling the ball over a clogged midfield, while playing Poz between Osorio and DeLeon, and giving Akinola free reign to do his best Jozy Jr. impersonation. Oh, and no Delgado… TFC’s lack of aggression, both on and off the ball… Morrow and Osorio are not working well together on the left side… Auro is a wing-back, not a right-back… not every ball has to touch Bradley’s feet before being played up-field… Morrow is a tremendous defensive liability. So far this year his coverage has been very weak and this has put unnecessary strain on both Mavinga and Osorio… Portland has exposed the Caramilk secret to thwarting TFC (see “Ugly”, below)… the need for a second, strong, aggressive forward is painfully obvious… the need for another strong, fast, capable defender is painfully obvious… the need for a strong, smart, naturally left-footed player to occupy that side of midfield is painfully obvious… the current lack of effective depth on this squad is painfully obvious.

The officiating sucked. The Wizard of Poz was mauled, attacked, abused and battered throughout the entire match, with nary a caution or a free kick. If MLS wants to keep attracting talented players from across the world, then it needs to ensure that the rules are properly enforced to protect all players… those “cape-flags” that they gave away at BMO field. They’re hideous… coaching without a clue. Doesn’t Vanney watch recordings of his opponents’ latest games? Even I knew that Portland would park the bus, foul Poz into the ground, clog the middle, and look to hit on the counter. Yet, the coach had no real game plan… the sad truth is that, just hours before, Newcastle United showed how to score against a parked bus. Maybe Vanney doesn’t like watching the EPL… Delgado gave away more than Honest Ed and Mother Teresa combined… the pace, passion and creativity of the match was worse than a UEFA Youth League contest… the bigger picture: problems with a stubborn coaching philosophy, problems in goal, problems on defence, problems on the wings, problems finding a strong, intimidating, healthy, starting forward. These are the trees that the Timbers exposed. And the primary transfer window closes in just over a week.