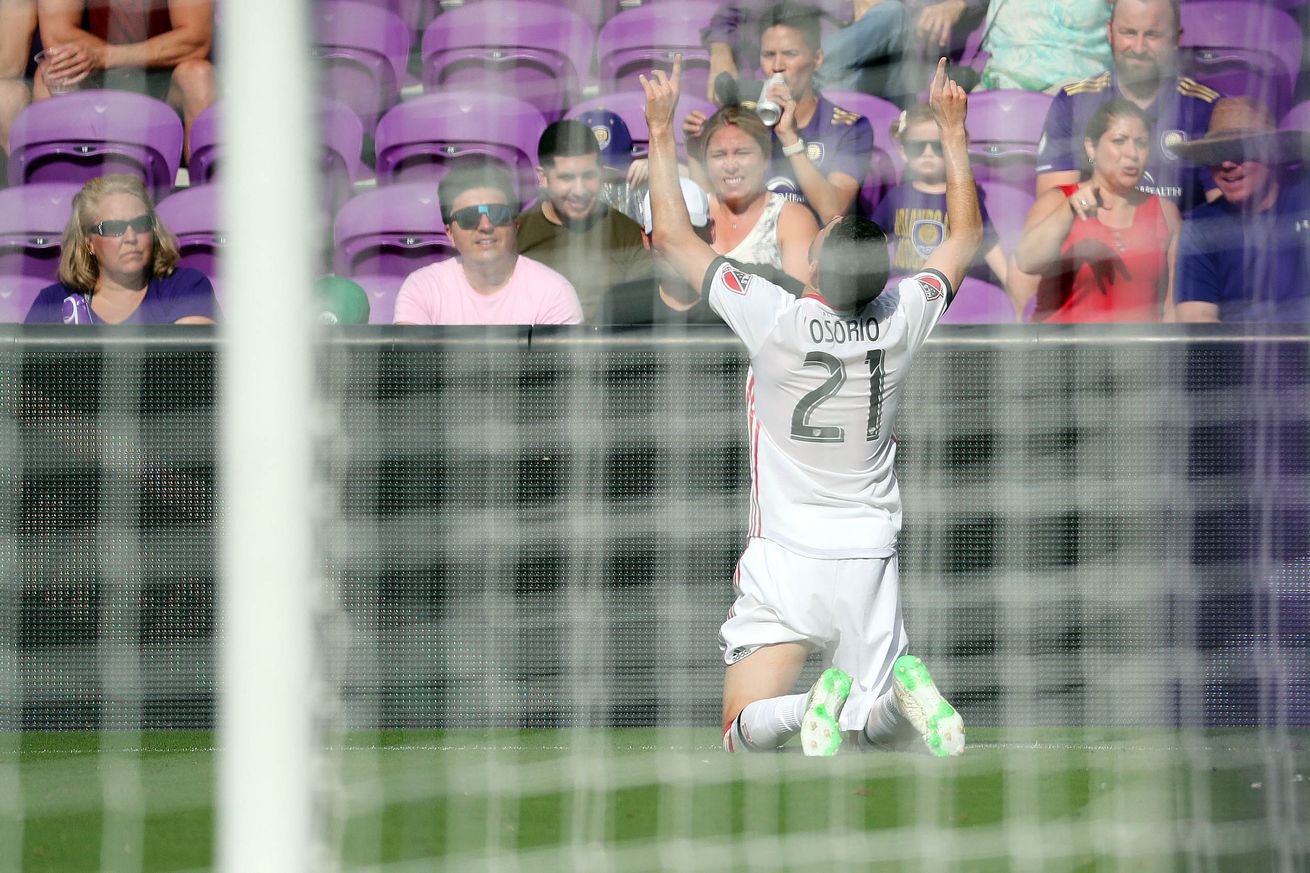 On May the fourth, the Force was strong with TFC.

An away clean sheet is always welcome… a clean sheet of any sort is always welcome… Orlando coach James O’Connor’s decision to leave Chris Mueller on the bench for the first 78 minutes… O’Connor’s next decision to play Mueller anywhere other than the right side (arguably, his strongest position). Guess my Jedi mind tricks worked… the ‘solo’ fan behind the north net wearing a yellow Wolves jersey… Michael Bradley was tenacious in the second half… Chris Mavinga’s crack on goal. That first goal will come, young Defensive Jedi. Keep patient, you will. Help Nick with his hair, you must (see “ugly”, below)… Quentin Westberg’s two tremendous saves… Jay Chapman’s humble goal celebration… 609 passes for TFC, with 87% accuracy, leading to nine shots on target. That’s taking the fight to the opposition… Jonathan Osorio carved through Lamine Sane and Uri Rosell like a light saber through butter… talk of bringing back Lucas JYHanson. This only works if the price is right. Perhaps he is the second forward that TFC is lacking. Could he and Poz pilot the offence like Han and Chewie? (see “bad”, below)… “Ponderous”: Steven Caldwell’s description of TFC’s offence in the first half. That word is awesome. Some might even say that it’s loaded with ‘quality’… Morrow had a better game on defence. Mind you, there weren’t a lot of threats coming down that side (see Mueller comment, above).

Keeping Laryea on the bench. Would have been nice to give Richie a moment in his old stomping ground… Akinola’s inability to bury his chance in the 77th minute. But, as galactic proof that “only a Sith deals in absolutes”, Ayo’s miss immediately led to Chapman’s goal… the invisible star on TFC’s white jerseys. Maybe the tailor should have used black thread? Just a thought… speaking of poor tailoring, why doesn’t the colour on MLS goalkeepers’ shorts match the colour of their shirts? It drives one of my ‘younglings’ into a Mustafar-like, heated frenzy… talk of bringing Lucas JYHanson back. Even if the price is right, he does not solve the problems on the wings… Westberg’s distribution was not as crisp as in games prior… too many Orlando corners in the first half (8)… Alejandro’s second-half tendency of dropping too deep. It’s happened in every game, save his first. This time, there’s no blaming a lack of transition… Atlanta United has found their scoring boots just in time for TFC’s visit on Wednesday.

Alejandro and artificial turf: does he “sith” on the bench for TFC’s next game?… Greg Vanney’s decision to start the game with another flat 4-4-2 formation. “I had a bad feeling about this”. Especially after Portland made a mockery of that strategy just a week earlier. At least the coach learned by the start of the second half… DeLeon’s mane. TFC red is a nice idea. But, like Boba Fett’s helmet, it needs a lot of polishing… heat exhaustion. Where is that trainer that everyone was fussing over just a few weeks ago?