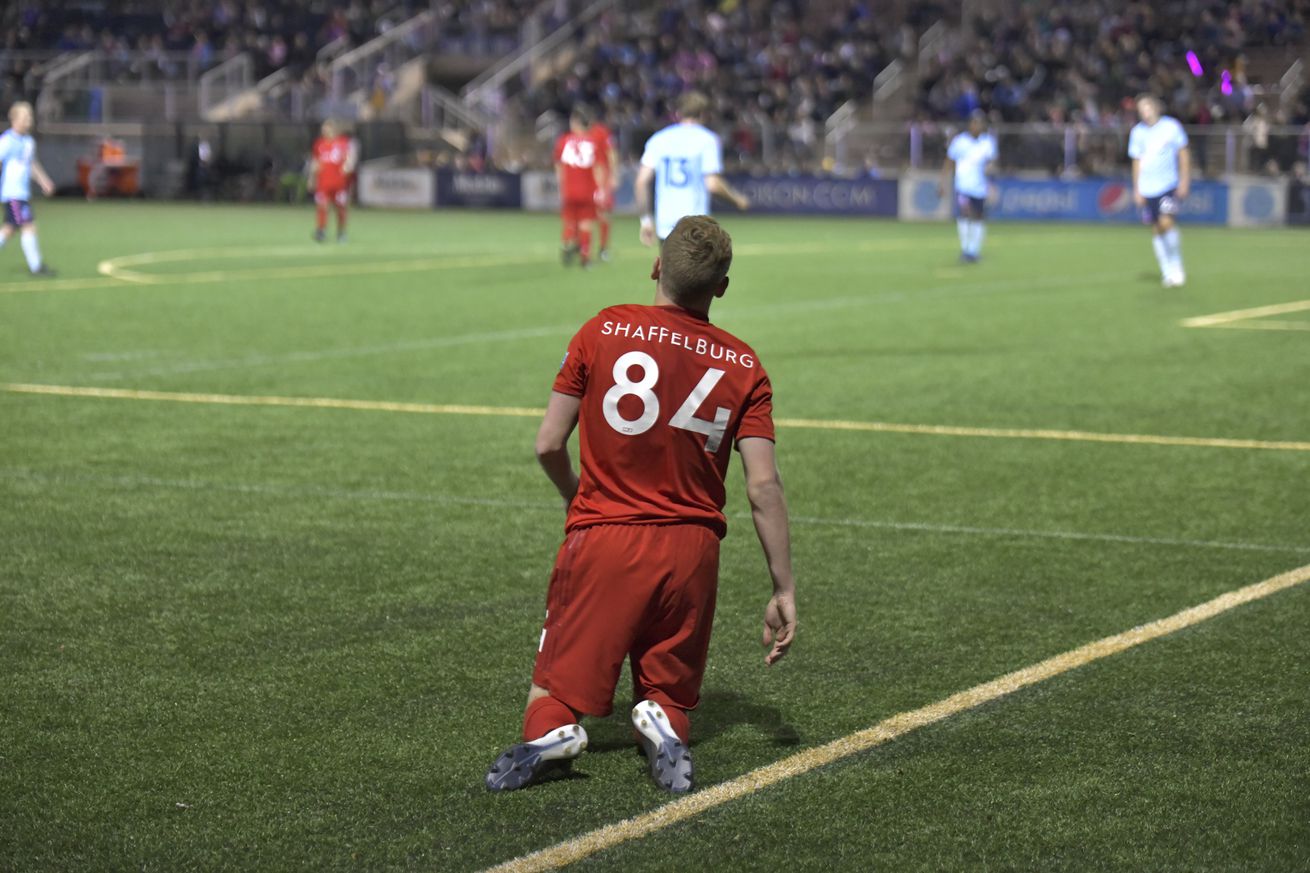 The unbeaten streak to start the season comes to an end

Toronto FC II picked up their first loss of the season on Saturday night, falling 3-1 to expansion side Forward Madison FC.

In the land of dairy cows and flamingo riding (you’ll see what I mean in a minute), the Young Reds spent a lot of the first 20 minutes defending, as Forward Madison had a lot of possession of the ball, but in the 22nd minute, it was TFC II who had the best chance to score.

After Noble Okello ran out of midfield toward to the Forward Madison goal, Luca Petrasso made a run to the edge of the penalty area. When Okello found him with a pass along the ground, Petrasso flicked the ball between the defenders with his first touch, allowing Jordan Perruzza to run onto it. Perruzza tried to place the ball past the keeper, but didn’t get it low enough to slide it under Ryan Coulter, who made a nice save to keep the game scoreless.

After some incredible hustle by Don Smart, Paulo Jr. would open the scoring for Forward Madison in the 33rd minute. After Smart ran down the ball before it went over the sideline, he crossed it to the back post where Paulo Jr. was waiting, and the former Real Salt Lake man forced it over the line. It was the first home goal in Forward Madison FC history.

That woke TFC II up a bit, as they then began attacking more, firing a few shots at the Forward Madison goal and controlling a lot more of the possession.

Jacob Shaffelburg finally equalized for TFC II in the 43rd minute with an excellent solo effort, a goal which is in the running for USL League One Goal of the Week. Shaffelburg picked up the ball on the right wing, split a pair of defenders and closed in on goal before firing the ball into the bottom-right corner.

The two sides entered the break tied at 1-1.

Forward Madison would take the lead again in the 68th minute, as Carter Manly received a pass from Smart and placed the ball past Caleb Patterson-Sewell.

TFC II had a few chances to score at the end of the game, firing shot after shot on goal, but the Forward Madison keeper kept turning shots away. Because the Young Reds were throwing everyone forward, they were vulnerable to counter attacks.

Don Smart wasn’t done after two assists, as it was his goal off a counter attack in the 96th minute that sealed a first-ever home victory for Forward Madison FC.

If you want to watch the full game, you can find it here.

As I mentioned above, Breese Stevens Field in Madison, Wisconsin looks like a great place to watch a match. Their mascot is a dairy cow called Lionela Bessi (pictured below), and their logo has a flamingo on it, so their fans are referred to as “the flock”.

Some fans took the flamingo thing to another level:

With the loss, TFC II fall to 2-1-1, with 5 points through four games. They have two more road games before they play their first home game of the season on May 24th. On Sunday, May 12th they play South Georgia Tormenta FC and on Friday, May 17th they visit Orlando City B for the second time this season.