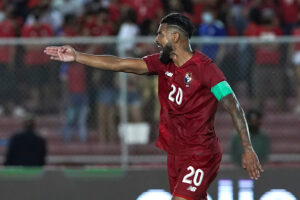 The United States Men’s National Team (USMNT) conceded their brief grasp of first place in Concacaf World Cup Qualification with a 1-0 loss to Panama at Estadio Rommel Fernandez in Panama City, Panama, this Sunday evening. The US will head to Ohio to play Costa Rica this Wednesday and will be climbing their way back up the table from what will likely be second place.

Gregg Berhalter emphasized to press this week the importance of depth and balance for roster planning and rotation. That strategic prioritization of rotation was evident in Gregg’s starting line-up. As the team took to Panama for the second match in a three-match window, Gregg delved deep into his player depth to keep legs fresh and prioritize key players for their final match against Costa Rica. Of the 11 players who started against Jamaica this past Thursday in Texas, only four of them started the match tonight in Panama: Matt Turner, Yunus Musah, Paul Arriola and Walker Zimmerman. The starting line-up was also an MLS heavy squad, with 7 of 11 players hailing from MLS.

The United States Played a Messy First Half

The match kicked off at 5 PM local time beneath shockingly clear skies in a city that had been raining off and on for days. The humidity was persistent, though, as was a home crowd just a thousand or so shy of capacity in a 25,000 seat stadium. The volume, drums, singing, and chanting made up for any empty seat. The United States played a messy first half with only a few chances created (And some scary ones conceded) beneath an exuberant and antagonizing crowd.

The first 45 featured rapid offensive and defensive transitions. Neither team sat back. Neither team dominated possession. There were rare moments – briefly around the 15-minute, for example- when USMNT was able to control possession and slow down the run of play. The brief grasp on pace and possession was roundly booed and whistled by the home ground, then conceded to the opposing team.

While each team created a small handful of chances from the run of play- Panama in particular- the most threatening chances came from set pieces and an incredible breadth of corners earned by Panama.

Berhalter Sends Solutions in at the Half

While Gregg Berhalter and the majority of the USA squad took to the locker room to debrief and refocus, Tyler Adams and Brendan Aaronson stayed on the pitch to warm up. These reliable ‘solutions’ (As Gregg likes to refer to his substitutes) went in for Yunus Musah and Paul Arriola at the start of the second half. Half-time ‘solutions’ were the ticket to victory in Honduras- turning around an abysmal first half and coming away with a 3-1 victory from substitutional input. Placing reliable performers and workhorse players Aaronson and Adams into the match was an investment in this being the case twice.

Aaronson’s impact was immediate. Paul Arriola’s effort had been laudable against Jamaica, but he was the lowest-ranked player on the field in the first half. Aaronson was a sorely needed presence in that spot.  Adams went to work as well in the midfield. Despite their noticeable impact, Panama scored off of a corner fairly immediately inside of the second half.

The corner was converted by midfielder Anibal Roldoy, one of the clear best players on the pitch tonight, and teammate of Walker Zimmerman at Nashville SC.  Following the goal, Panama began to take control of the energy and run of play. Energy clearly depleted in most of the USA squad, Gregg sent in Christian Roldan, Ricardo Pepi, and Deandre Yedlin in at the 66-minute. Despite the substitutions, virtually no chances were created for the USA in the second half. And whereas the first half felt back and forth between the teams, the second half felt more dominant in the direction of Panama.

Tactical Misdirection in a Match We Could Have Won

Gregg’s choice in starting line-up and second-half substitutions were not the most straightforward decisions, even for a coach who made clear his intention to rotate players. The desire to rest legs for a must-win home match against Costa Rica may have been wise, but there were players left on the bench that could have and likely would have made a difference in tonight’s loss. The decision to forego Matthew Hoppe, for one, and Gianluca Busio or Luca de la Torre, for two others, is somewhat baffling.

The entirety of the loss can’t be placed at Gregg’s feet, these games are tough and Panama played aggressively in an atmosphere that bolstered their cause. But for me tonight was another example of tactical misdirection in a match that could have been won.